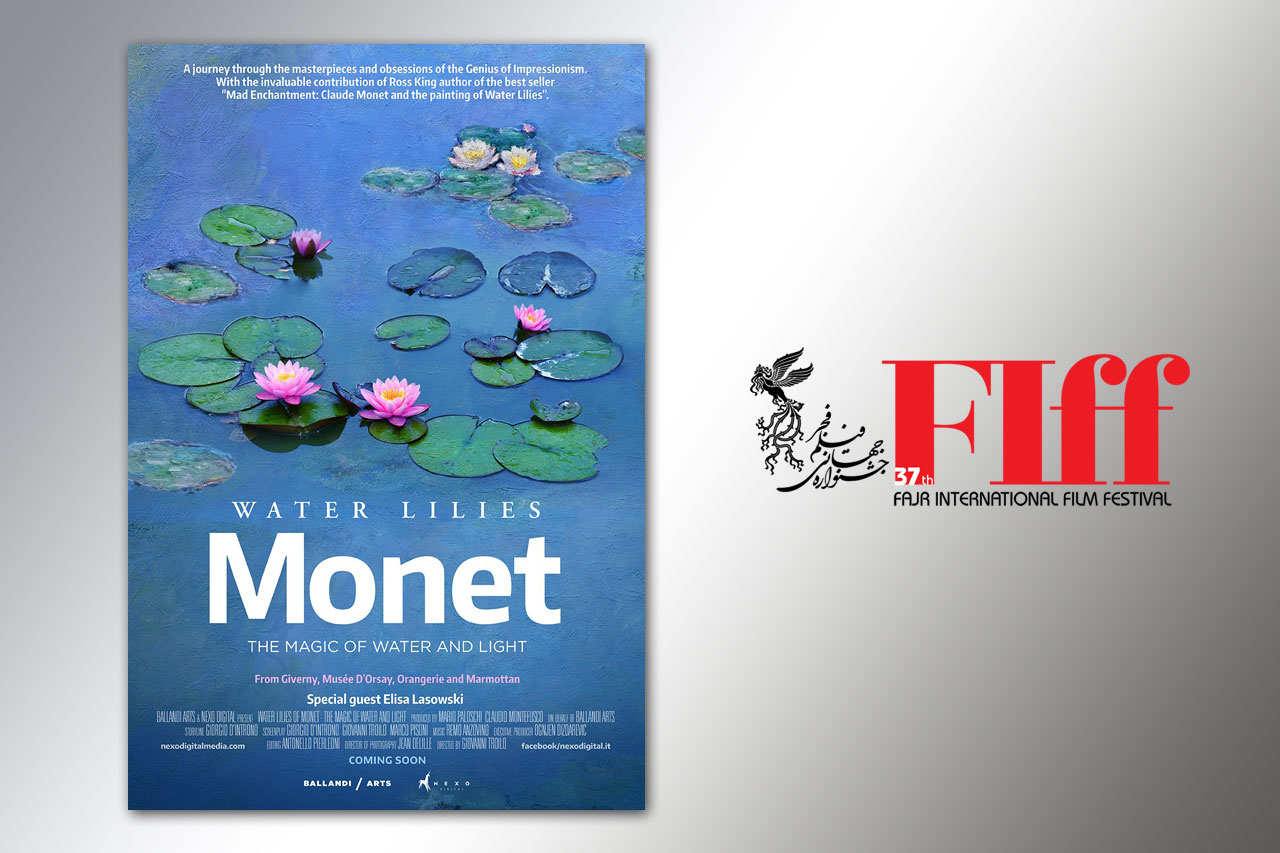 The 2019 edition of Fajr International Film Festival is scheduled to screen a work of art film that broke with convention in its Docs in Focus program.

According to the Secretariat of the annual cinematic event, Giovanni Troilo’s Water Lilies of Monet – The Magic of Water and Light (2018) is the first lineup for this year’s exciting event.

This is an in-depth documentary, in which you will voyage through the masterpieces and obsessions of the genius and founder of Impressionism, Claude Monet. An art-world disruptor at the turn of the 20th century whose obsession with capturing light and water broke all convention, Monet revolutionized modern art with his timeless masterpieces.

Oscar-Claude Monet (14 November 1840 – 5 December 1926) was a French painter, a founder of French Impressionist painting and the most consistent and prolific practitioner of the movement’s philosophy of expressing one’s perceptions before nature.

When Claude Monet re-emerged from the depression that had led him to abandon painting, he devoted himself body and soul to his most colossal undertaking: The Grand Décoration – huge panels depicting his water lily pond, so all-enveloping that the viewer’s gaze is lost in an atmosphere of serenity and peace.

This brand new and deeply immersive art film allows you to discover what gave Monet the inspiration to return to work, and to produce such a stunning and immortal work of beauty. Follow Troilo’s Water Lilies of Monet on a visually stunning journey from La Havre to Giverny and Paris, through influential moments in the life of the world’s most influential painter, with astonishing up-close access to some of his greatest masterpieces.