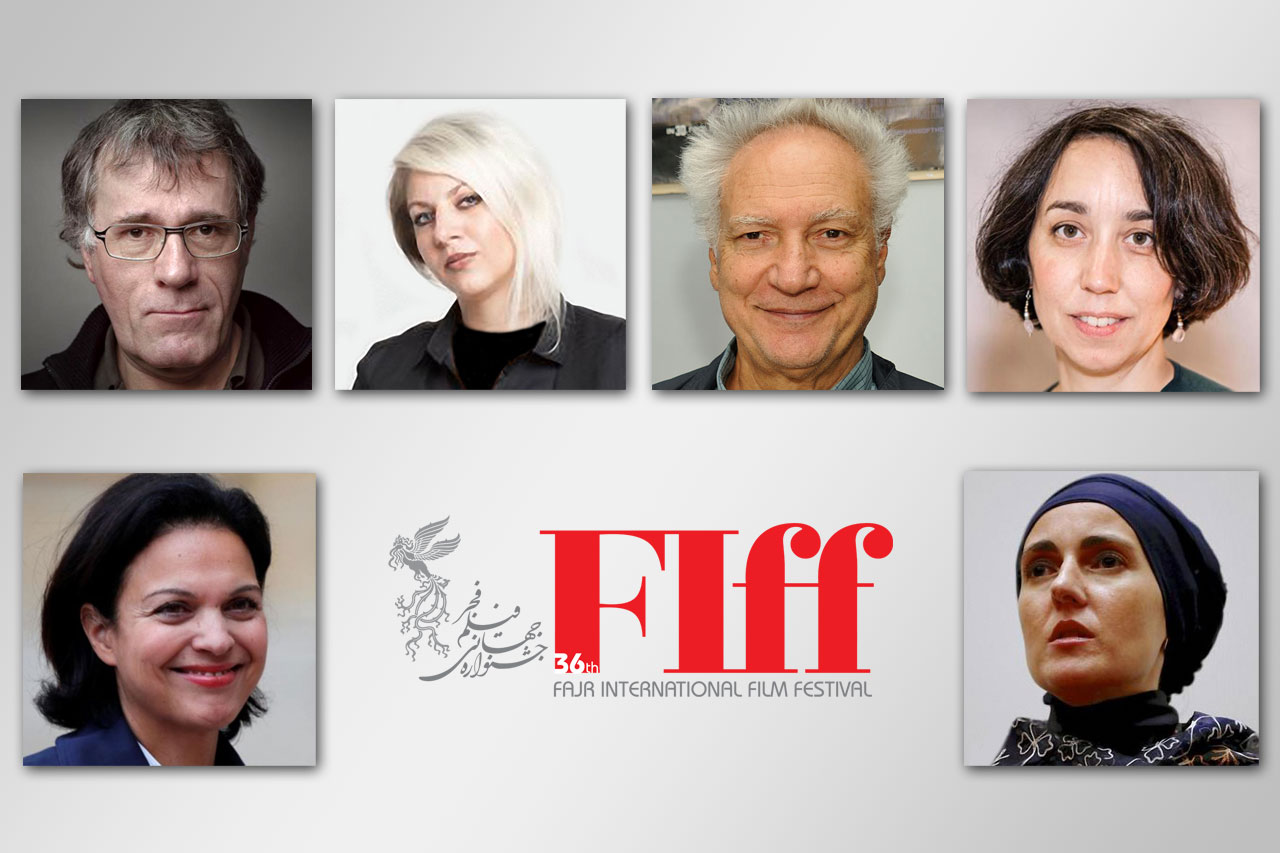 Celebrating the old and the new, the organizers of the 2018 Fajr International Film Festival have announced the names of special guests.

As always, the seven-day by invitation-only festival has attracted not only celebrities, the film industry and press, but also the world’s most fascinating guests. This includes a formidable slate of luminaries. There’s also plenty of new talent, but the festival’s strong sense of cinema’s purpose is reflected in the strength of the following six special guests:

Art director Stella Kaltsou is one of the most established and well-known set and lighting designers in Greece. She has signed the lighting design for numerous productions of theatre, opera, dance and concerts in Europe and Asia.

Born in Thessaloniki, she studied lighting design, set-costume design and theory of theatre in the School of Fine Arts of Aristotle University. She is a member of Hellenic Film Academy and a collaborator of Lighting Art. She was also nominated for the Best Lighting Design of 2017 at the Greek Theatre Awards.

She has designed the lighting for the Hong Kong Opera, Goethe Opera in Germany, Opera Sao Carlos in Lisbon, Greek National Opera, Opera of Oviedo in Spain, Athens Concert Hall, Uskudar Theatre in Istanbul, Greek National Theatre, and Art Theatre of Greece among others. She has collaborated with directors such as Arnaud Bernard, Renato Zanella, George Petrou, Yannis Houvardas, Peter Tiboris, Nikos Mastorakis, and Marianna Calbari.

In cinema, she has done art direction for three feature films. The first was The Taste of Centuries by Zachos Samoladas in 2009 and then The Students by Giorgos Bakolas in 2013. The most recent is the awarded Invisible by Dimitri Athanitis which gained 15 awards in international festivals all over the world.

Philippe Ros, AFC – French cinematographer, digital imaging supervisor, consultant and instructor – is a specialist in hand-held camera and ergonomics techniques. He is fully acquainted with digital shooting systems and postproduction workflows. He worked as digital imaging director for five and a half years in the Oceans’ films directed by Jacques Perrin and Jacques Cluzaud.

His goal was to match underwater HD digital shots with 35mm topside shots. He worked as cinematographer on underwater nights, tanks and microscopic shooting for the Oceans.  He also worked as digital imaging supervisor on Home directed by Yann Arthus-Bertrand, shot only by helicopters in 18 months. In television, he was the cinematographer of the first five seasons of the series Kaamelott, directed by Alexandre Astier.

He recently made a European tour of 17 capitals to show his 4 short demo films, The Bot -Trilogy shot in 4K with Digimage and HD Systems. The Bot-Trilogy was financed by Leica and Sony, and screened all over the world. In 2016, he taught in Denmark, the CWC Workshop (Camera, Workflow and Creativity) for cinematographers. His next workshop will be in Zurich.

Aida Begic, born in Sarajevo, graduated in directing from the Sarajevo Academy of Performing Arts. Her graduation film Prvo Smrtno Iskustvo (First Death Experience) was presented at The Cinéfondation Official Selection of the Cannes Film Festival. Her debut feature Snijeg (Snow) premiered at Cannes 2008, Semaine de la Critique, where it won the Grand Prix and 30 other festival awards from around the world.

Snow is a nominee for the European Academy Film Award – Discovery Section. In 2009, she founded the independent production company Film House. Her second feature film Djeca (Children of Sarajevo) premiered in Un Certain Regard, Official Selection of the Cannes Film Festival 2012, where it won Special Distinction of the Jury.

She wrote and directed the short film Album, part of omnibus Bridges of Sarajevo that had its world premiere as Official Selection of the Cannes Film Festival in Special Screening section. She produced the documentary 100 Million Dollar House directed by Rešad Kulenovic. Aida Begic teaches directing at The Academy of Performing Arts Sarajevo. She is a member of AMPAS, EFA, SACD and UFRBiH. Her 3rd feature film about Syrian orphans, Never Leave Me, won the Audience Award at the Pingyao FF 2017 and screened in many other festivals.

Isabelle Giordano, is the general director of UniFrance and a former French journalist with extensive experience in print, television, and radio journalism. Over the past two decades, she has hosted her own shows on mainstream TV networks in France (Canal +, France Télévisions, Arte). She also hosted prime time morning radio shows on France Inter, one of France’s leading public radio stations.

She is a regular columnist and has written six books. Giordano founded the association Cinema Pour Tous in 2006 (which organizes regular film screenings and debates for underprivileged people) and is a member of several boards of directors: the Forum des Images, the Forum d’Avignon, and the Fondation HSBC for Education.

She is the president of the Fonds Pour Le Service Civique and a qualified public figure appointed by the Fondation Égalités des Chances. In 2013, she was decorated as Knight of the National Order of the Legion of Honor.

Roberto Perpignani, born in Rome in 1941, studied painting. In 1962, he worked with Orson Welles to edit Through the Land of Don Quixote and, in Paris, The Trial. In 1963, he met Bernardo Bertolucci and they worked together from Before the Revolution ’63 to The Spider’s Stratagem ’70, and in collaboration with Franco Arcalli to Last Tango in Paris ’72.  From 1968, he worked with Paolo and Vittorio Taviani, editing 18 films. The main titles include Under the Sign of Scorpion, Allonsanfan, Padre Padrone, The Night of the Shooting Stars, Kaos, Good Morning Babilonia, Caesar Must Die, Marvelous Boccaccio, and A Private Question.

Since 1976, he has been the head department of the editing course at the Centro Sperimentale di Cinematografia (National Film School) in Rome, where he also works as deputy director of the Educational and Research Department. He is a member of the Istituto Cinematografico de L’Aquila, and the International Academy of Sciences and Arts of Images. He teaches cinema in several film schools and universities worldwide.

In 2012, he received the David di Donatello Award for Caesar Must Die (directed by P. and V. Taviani). He also received for the same film the Nastro d’Argento and was nominated for the European Film Academy Award. He has in his name the recognition of the Independent European Cinema Critics.

Presided over by Iranian film writer and director Reza Mirkarimi, the 36th edition of Fajr International Film Festival will be held in Tehran on April 19-27. The festival is set to welcome over 300 special guests to this year’s edition, ranging from filmmakers to screenwriters, actors to activists. A host of A-listers will attend, including legendary Italian actor Franco Nero and influential American film director Oliver Stone.