Opened by Iranian director Ebrahim Hatamikia’s classic movie The Scout in Felestin Cinema, the talent and crew attended the screening session. The program included official unveiling of specially designed poster of The Scout. Hatamikia and Festival Director Seyyed Reza Mirkarimi were in attendance.

The Scout, a book in English, Persian and Arabic, written by Shahab Esfandiari, was unveiled. The book is a review of several movies made by Hatamikia including The Scout. The movie will screen in the Classics Preserved section of Festival.

A video clip about recent floods in the country was also played along with a folk music concert. Before opening of the ceremony, a cooperation MOU was signed between the Festival and the Iranian Red Crescent Society. 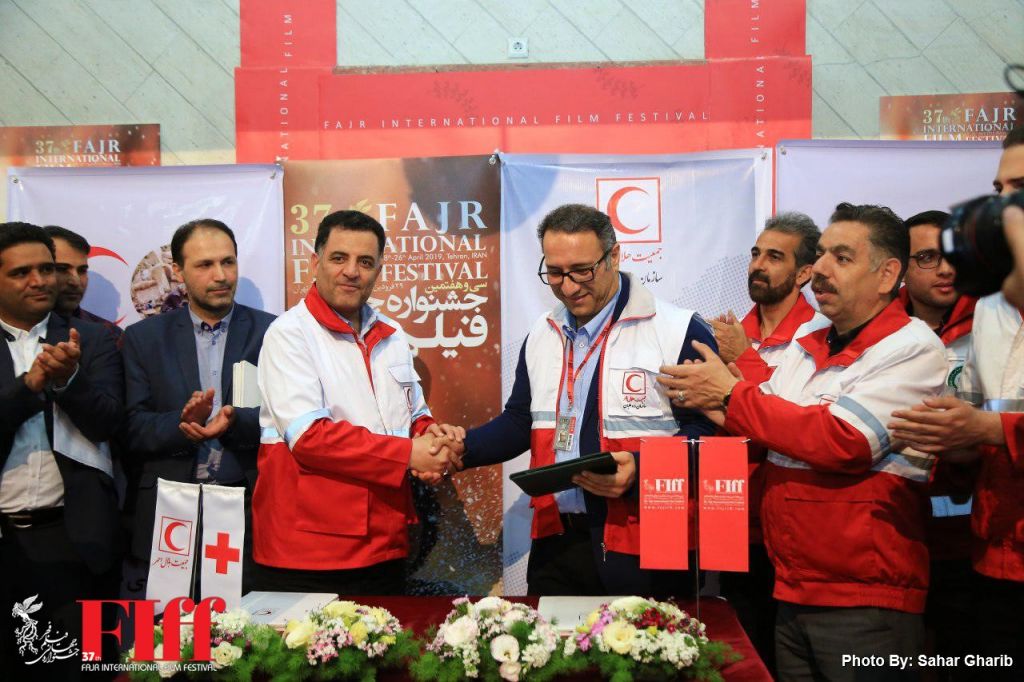 A showcase for audiences for more than three decades, now with 163 features and shorts from 64 countries unspooling on screens, the Festival is hosting over 250 international guests from 58 countries. 60 students from Iran and abroad attend this year’s workshops called Talent Campus.

For short movies, the organizers have made watching multiple films even easier by creating thematic sets of movies that have been grouped together to provide two hours or less of viewing. This narrows down the huge selection and helps attendees choose a genre they enjoy and not be faced with picking from the vast menu of choices on offer.