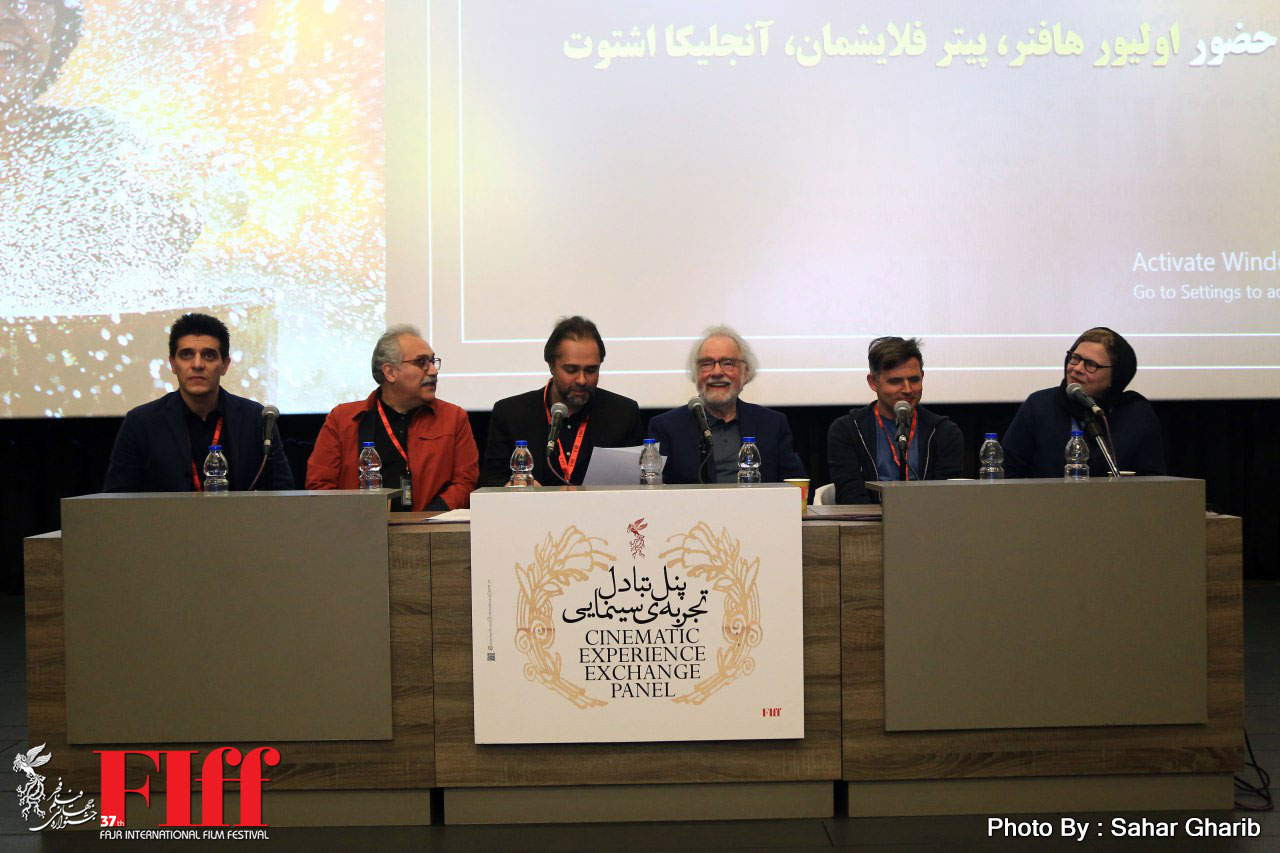 Charsou Cineplex was the venue for a specialized panel on German Cinema Review with Oliver Haffner, Peter Fleischmann, Angelika Stute.

Haffner, the director of Wackersdorf said: I spent a lot of time to make this movie. I got offers to make films for television which delayed its production schedule. Filmmaking is an adventure and I like that. It took seven years to finish the movie. It was released last year and the response was good, creating lots of social speculations. Wackersdorf competed in International Competition section of the 37th Fajr International Film Festival.

Felischmann, a jury member of International Competition, said: The movie raises many issues that are very significant. In the movie, police want to dictate its orders on local governor. It’s all there in the contemporary history of Germany. We did nationalize a local issue, that’s why the movie succeeded at the box office.

German film producer Stute, said: When I saw the movie for the first time, it took me all the way back to 1986. This was a time when my generation was going through so much anxiety and despair. I went through that experience all over again. This was a great movie and I thank Oliver for making it.

Also speaking, Esfandiari said: FIFF has good relations with German cinema. We always invite German filmmakers to attend the annual cinematic event to judge our films. Iranian films also screen in German festivals, winning awards. This year’s movies from Germany were different and diverse. I would like to thank the Germany embassy in Tehran for helping us in this respect.