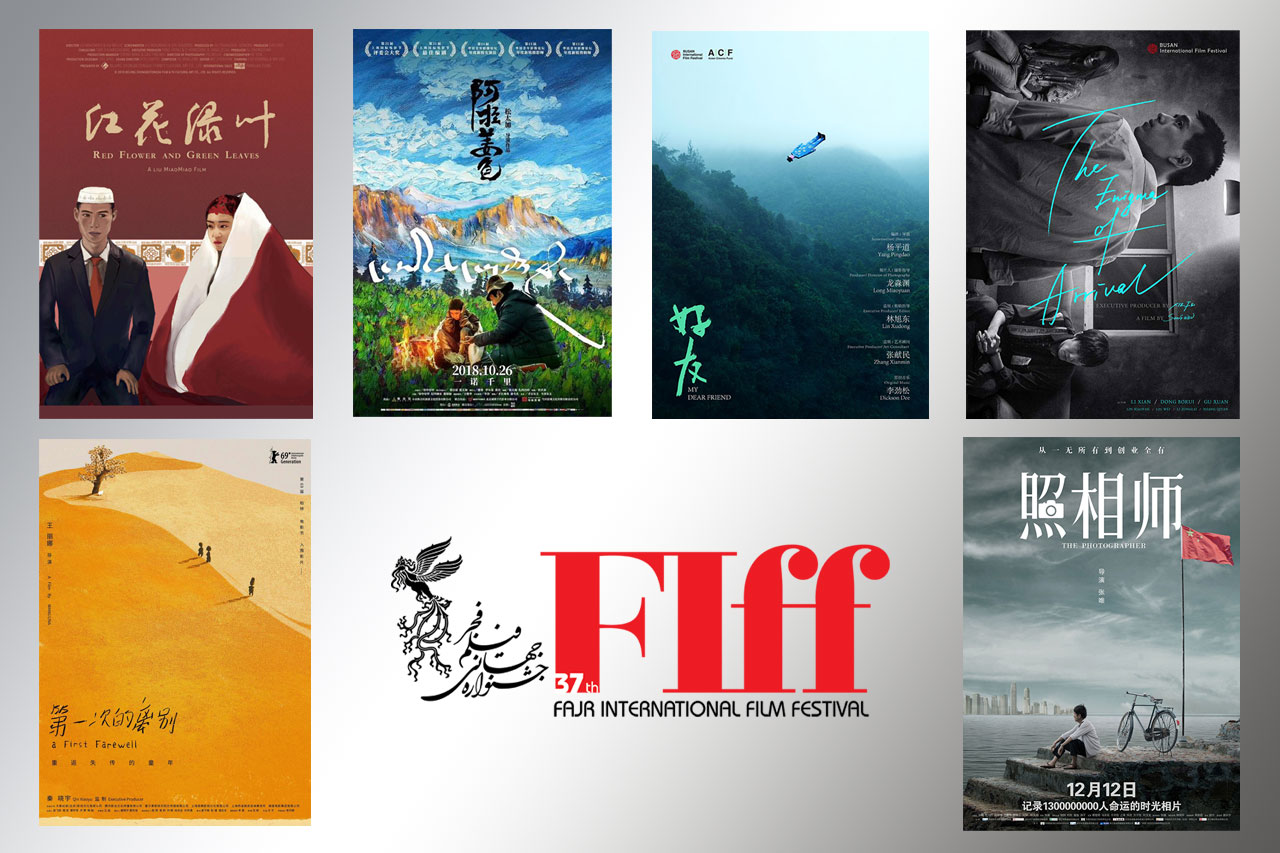 The 37th edition of Fajr International Film Festival is bringing together some of the best contemporary movies from China’s fast growing and dynamic cinema.

The festival will feature six exciting works and A Retrospective of Chinese Cinema will be the place you can see and review the astonishing feats at the Fajr International Film Festival in Tehran.

The following lineup showcases the cultural and cinematic aspects of China, sheds light on untold stories, shares unique stories, and brings together unique characters on screen:

China’s northwestern region, where Chinese Muslims live. Thanks to his family’s zealous arrangement, young villager Gubo finds himself sharing a bed with the capable and beautiful Ashiyen. As time passes, the couple become aware of the secrets in their respective past that the elders had concealed.

Liu Miaomiao  (born 1962 in Guyuan, Ningxia) is a female Chinese film director. Liu, an ethnic Hui Muslim, was the youngest member of the 1982 class of the Beijing Film Academy, commonly referred to as the Fifth Generation. Her career has spanned both film and television, though she remains less well known than many of her male counterparts to international audiences.

After many years, a group of college friends reunite. They have not seen each other since the disappearance of Dongdong, a girl that they all secretly fancies. The circumstances of her disappearance caused the end of their friendship. A lot has remained unsaid, until now.

The Photographer reflects Shenzhen’s transformation over the past 40 years. Inspired by true stories, the film examines the influence of China’s reform and opening-up through the perspective of a family of three generations. As the father struggles to juggle his dream of being an established photographer and his responsibility toward his family, his son demonstrates uses his talent through the then-burgeoning internet industry to create a new photography app.

Zhang says that he believes photos are the best means to record the changes in history, and this was his inspiration for the story. The film was shot mostly in Shenzhen, and Huizhou in Guangdong province. The film marks Zhang’s seventh directorial feature. The Shenzhen native, who is best known for exploring the life of ordinary people in a fast-changing era, saw his film, Factory Boss, win the award for best actor in the main competition of 34th Montreal World Film Festival.

Zhang Wei was Born in Hunan Province of China. He studied directing at the Beijing Film Academy as well as Cinema Studies at the Chinese National Academy of Arts.

Wei is known for his cinematic realism that depicts individuals who are marginalized by society in a natural, and realistic way. His films self-consciously express critical social issues and convey powerful social messages through their unassuming storylines that embody important social conflicts. This constant struggle between marginalized individuals and society introduces the audience to aspects of Chinese society that are often overshadowed by China’s rapid transformation.

Isa Yasan is a Muslim boy from the countryside in Xinjiang, China. His mother was left deaf and mute from meningitis, and she frequently wanders away from home. Isa loves his mother deeply, and is torn among taking care of her, going to school and doing farm work. He is friends with a lively little girl named Kalbinur. They are taking care of an adorable lamb together. Kalbinur’s grades in her Uyghur are good, but her Chinese scores are terrible. Since Chinese is the national language, her mother wants to move to the city and find temporary work so Kalbinur can go to a Chinese school. Her father doesn’t agree to the plan, and the two argue a lot. That winter, Isa’s father decides to send Isa’s mother to a nursing home, and Kalbinur’s family makes plans to leave the village. Isa reads a story called “A First Farewell” in school, and although he does not fully understand the idea of farewell, he will soon experience it himself.

First-time director Lina Wang , who is ethnically Han but was born in Xinjiang’s Xayar County, dedicates A First Farewell to her hometown in a final title card and also in promotional material. A First Farewell, which debuted at the Berlin Film Festival was the first in nearly 30 years at the Berlinale to have been shot in Uighur, the language spoken in the vast western Chinese province of Xinjiang.

Following its premiere in Berlin’s Generation Kplus youth section, the Chinese-made film received 10 additional festival invitations and was sold to Italy’s Mariposa Cinematografica. Sales agent Flash Forward Entertainment says it is also in advanced negotiations to license the film to major territories including the US, UK, Germany, Spain, India, and South Korea.

In southern China, a nervous city woman appears in a remote rural village, to go to her ex-boyfriend’s grandparents’ house to find him. The locals hardly respond to her loud, rude behavior. She can’t find her boyfriend but she finds out the secret friendship his grandfather has kept for 60 years. My Dear Friend screened at the Busan International Film Festival.

Born in 1980, Yang Pingdao is a native Cantonese who graduated from the National Academy of Chinese Theatre Arts. He is a director, scriptwriter and novelist. His documentary The River of Life (2014) has won numerous international awards. My Dear Friend (2018) is his first feature film.

About the film, he says: This is a story about vagrant loneliness, the passage of time, and life’s vacuity. In South China, people’s hearts are edgy and restless, yet also restrained. What you see is not what you get. I find this a very engaging state of being.  My Dear Friend depicts emotions with reserve, preferring to show the strength of endurance.

Sonthar Gyal started as art director and cinematographer for Pema Tseden. His first film as director, The Sun Beaten Path, concerned the hardships of returning from a Lhasa pilgrimage, and won the VIFF Dragons and Tigers Award in 2011. Psychological drama Ala Changso won the grand jury and screenplay prizes at the Shanghai Film Festival.

Presided over by writer and director Seyyed Reza Mirkarimi, the 37th edition of Fajr International Film Festival will be held in Tehran on 18-26 April