Oliver Stone’s Post After Travel To Iran: A beautiful country, an ancient Persian culture and history, people with warm hearts 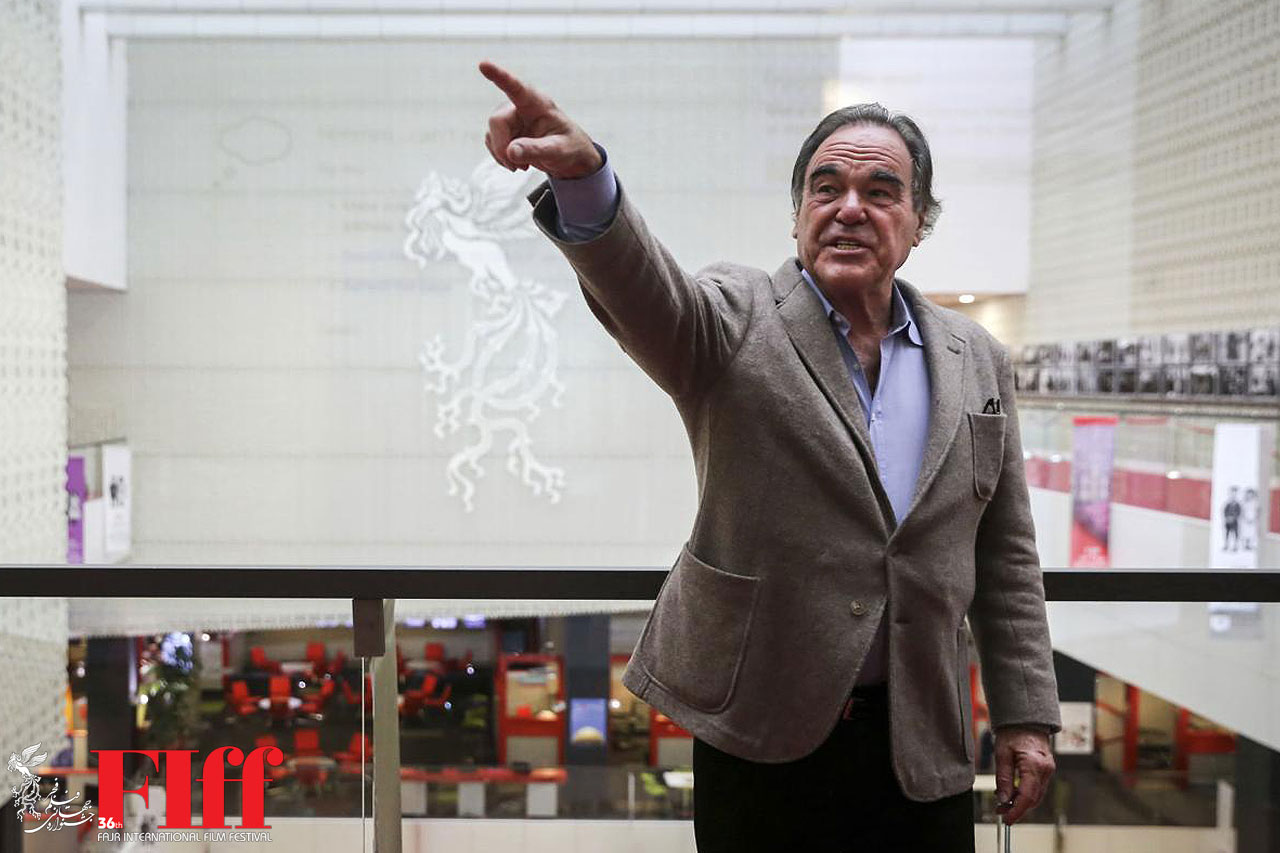 American director, Oliver Stone, mentioned  his travel to Iran, attending the 36th Fajr International Film Festival, in a post on his Facebook page.

Oliver Stone’s Post On Facebook is: I was in Iran 10 days ago at the 36th Fajr International Film Festival — a menu of 300+ films from Central Asia, Iraq, Iran, Germany, Russia, and others. A beautiful country, a Persian culture and history that’s 2,500 years old, people of warm hearts. US, Israel, and Saudi Arabia, three dangerous heavyweights, verbally attack Iran almost every day for imaginary reasons, while not living up to the spirit of our international agreement in 2015. Banking with the West still very difficult for Iran. Money promised not given them — yet they make out (black markets?). Saw goods from much of the world at the gigantic old central bazaar.

Also saw horrifying SAVAK Torture Museum in memory of the Shah’s last go around, with CIA techniques and training utilized. Also the Peace Museum is a modest but crucial chemical warfare reminder of the 60,000 dead and 200,000 wounded Iranian soldiers from the Iraq War in 1980-88, wherein Saddam Hussein, our then-ally, used extensive WMD — mustard gas and other, with our assistance, to attack Iran. Total Iranian dead 500-600k. I also met the walking-wounded veterans of WMD war. It’s a shock. And yet we ‘false flag’ WMD in Syria and Iraq all the time. We love chemical warfare — by proxy. That’s so sick!

As I said at my press conference, the US, Israel, and Saudi Arabia will continue with its present plan to divide Syria, and wreck Iran, and further “creatively destroy” the Middle East. That’s beyond sick, but it’s the product of the neoconservative game plan from Bush’s term.

Enclosed are articles on my meetings with students, filmmakers, general audience.

The New York Times, “As Oscars Pile Up, Iranian Film Grows Up,” —https://nyti.ms/2I24JfD