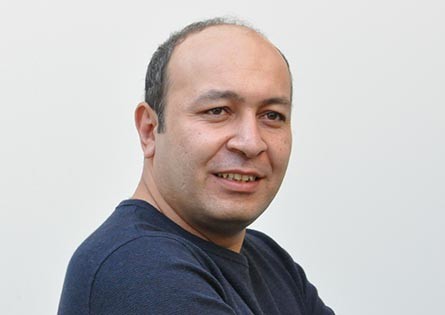 The film’s narrative is based on the Catholic ceremony of Communion and the first bread and wine sacrament of a torn family. Like Pawel Pawlikowski’s “Ida”, the film tells the story of an adolescent’s puberty in a religion based on worship and doctrine; the story of an adolescent’s frustration and desperation, who desperately hopes to connect through his family’s renewed allegiance with God and self. The 14 year-old Ola is alone on this road of faith. His father is an alcoholic; his brother Niko is autistic; and his mother, who had left them, but is now back with a one-year-old child from another relationship. It is bitterly sad that no other family member is as optimistic as Lola about the communion. The brilliant metaphoric scene depicting Niko’s confession to a priest clearly pictures this fact. The little boy, a victim of disability and determination, is innocent and unable to confess to sins he hasn’t committed. He is evidently oblivious to faith and guilt.

The film, like any brilliant documentary, finds the miracle hidden in reality and depicts it for the audience. In a scene reminiscent of communion, the sister puts small slices of banana in her little brother’s mouth. To portray such a scene, any fictional film would require ingenuity and artistry. “Communion” is among the highest-praised European documentaries of the past couple of years. This is another gem from the eye-catching Polish cinema, which is deft at depicting religious themes in today’s life. This film is a melancholy religious poem ripe with intimate images and smart editing. “Communion” can be an informative opportunity for our documentary cinema which has shown little interest in the world of children and adolescents, and the pious life of our today’s society.