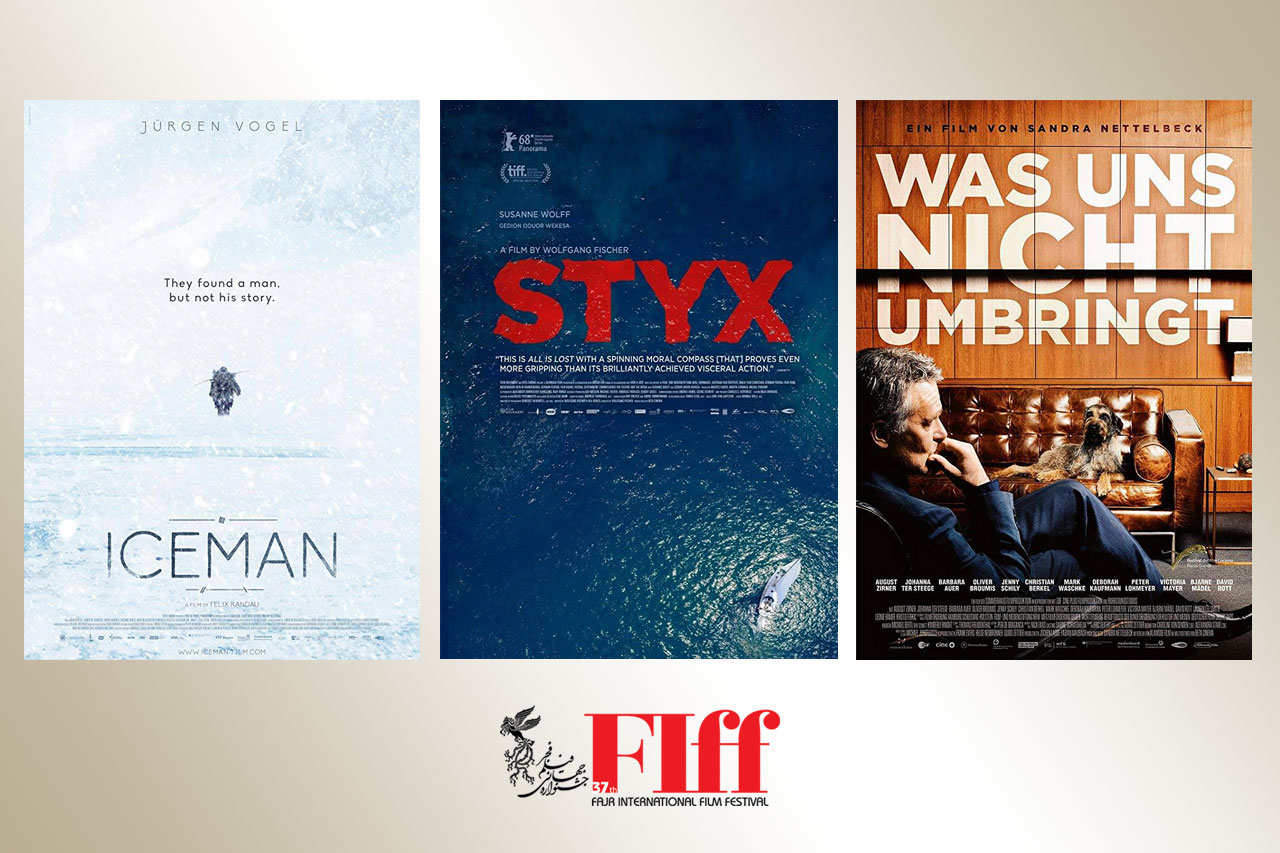 The organizers of the Fajr International Film Festival have announced the names of three films of contemporary movies from the German cinema.

A total of six films will be screening as part of A Retrospective of German Cinema at the the 37th Fajr International Film Festival. The names of the three other films including 25 km/h (Markus Goller), As Green as It Gets (Florian Gallenberger), and The Keeper (Marcus H. Rosenmuller), have already been announced. 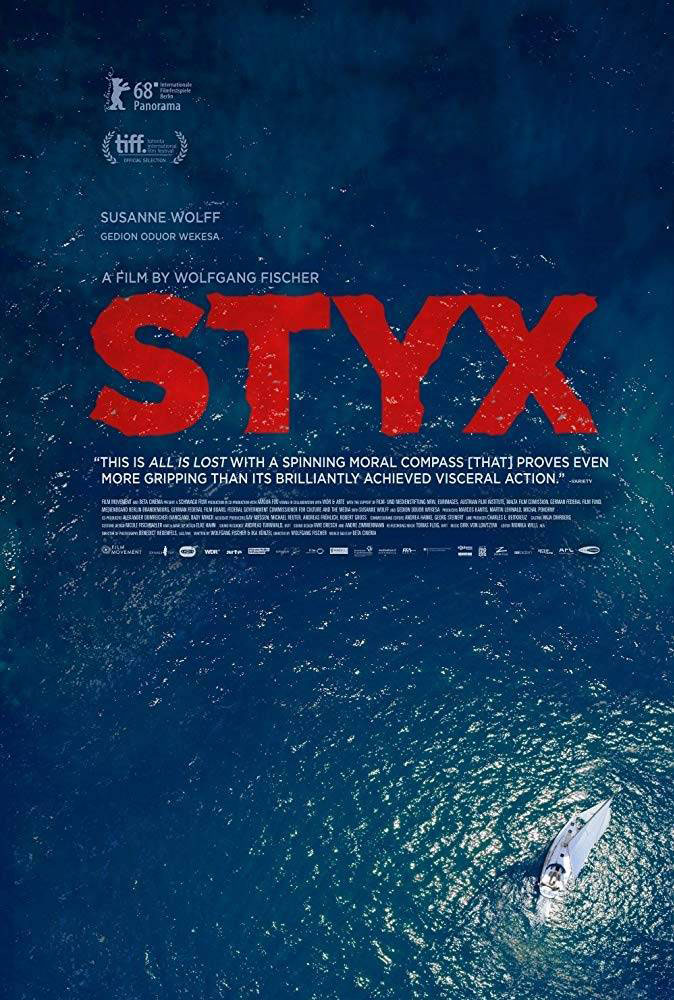 Rike – 40, a doctor from Europe – embodies a typical Western model of happiness and success. She is educated, confident, determined and committed. We see Rike‘s everyday life, as an emergency doctor, before she fulfils a long-held dream and sails out to sea alone in her sailing boat. Her goal: Ascension Island in the Atlantic Ocean. But her dream holiday is quickly broken off on the high seas, when, after a storm, she finds herself near a stricken fishing boat. Around a hundred people are about to drown. Rike follows maritime law and radios for help. As her request is going nowhere, she is forced to make a fatal decision.

Born in Vienna, Austria in 1970, Wolfgang Fischer studied psychology and painting at the University of Vienna as well as film and video at the Kunstakademie Düsseldorf under Nan Hoover. From 1996 to 2001 he took a degree in film and television at the Academy of Media Arts Cologne. In 2002 he attended a course in how to work with actors led by Mark Travis in Poland and in 2004 a workshop for writing and developing genre with Stephen Cleary and Simon van der Borgh in Rome. In 2005 he received a scriptwriting scholarship for the Munich Screenplay Workshop where he developed the script for his debut film Was Du nicht siehst (What You Don’t See). His second feature film Styx was screened in the Panorama section at the 68th Berlin International Film Festival.

5,300 years ago in the Neolithic Age. An extended family is living peacefully beside a stream in the Öztal Alps. Their leader Kelab (Jürgen Vogel) has been charged with guarding the holy shrine.

Whilst Kelab is out hunting, his settlement is attacked and the entire tribe is murdered, including Kelab’s wife and son. The sacred shrine of the community is also taken away. Consumed by pain and anger, Kelab now has only one goal: revenge!

Kelab is now set on tracking down the perpetrators. During the course of his Odyssey through the mountains he is subjected to all the dangers of nature. A tragic error now makes him into the one that’s hunted. Finally Kelab has to confront not just those who murdered his family, but his own demons. Will he give way to his urge for revenge and thereby turn from victim to offender? Or will he succeed in breaking the eternal cycle of violence?

Felix Randau is a director and author, born in Emden, Germany in 1974. While studying German Literature and Cultural Anthropology at the University in Bonn, he was guest student at Schauspielhaus Bonn and worked on his first film projects. From 1995-2003 he studied at the Deutsche Film- und Fernsehakademie (dffb) in Berlin and already worked as an assistant director for film and commercials. Randau wrote and directed various feature films such as Northern Star (2003) and The Calling Game which nominated at the German Film Awards in 2008. 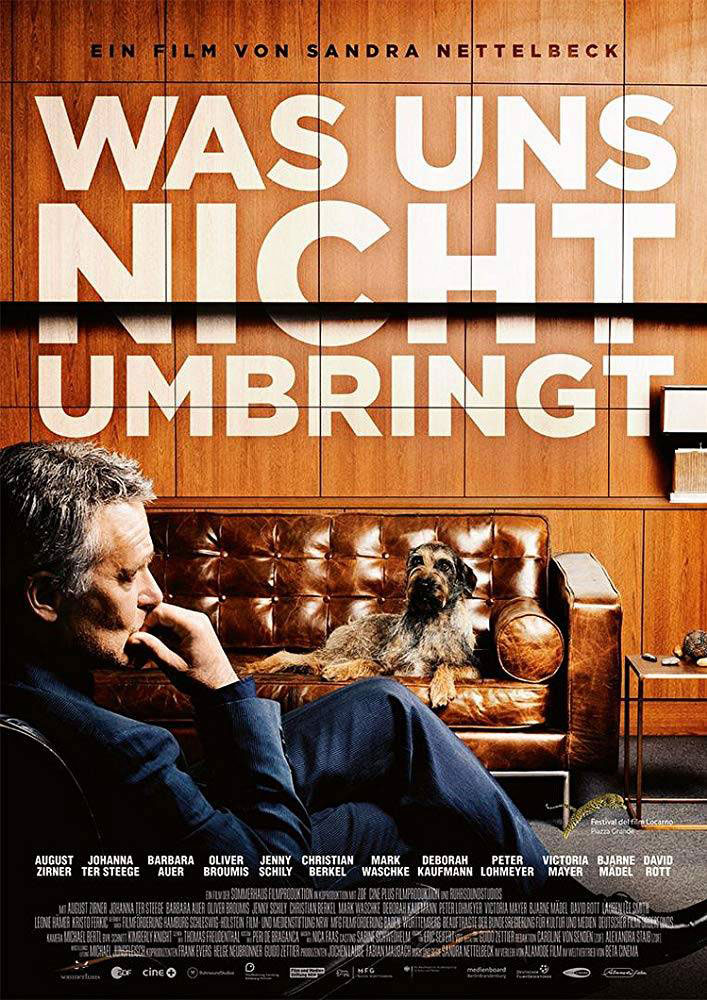 Maximilian (August Zirner) is a popular psychotherapist, but as such, he not only struggles with his own worries and problems, but also with those of his many patients.

Sandra Nettelbeck was born 4 April 1966 in Hamburg, Germany to Uwe Nettelbeck, a German record producer, journalist and film critic, and Petra Nettelbeck, an author, film producer, and actress. In 1988, Nettelbeck began formally studying film at San Francisco State University. While studying, Nettelbeck produced several videos and two 16mm films, including A Certain Grace in 1992, which she won Best Short Film at the San Francisco International Film Festival. Following her education, Nettelbeck worked for Spiegel TV and as a freelance editor for Premiere television between 1993 and 1994. In 1995, Nettelbeck made her feature debut with Loose Ends. In 1998, she wrote and directed the television film Mammamia, which won Best Screenplay and Best Film at the Ophuels Festival Saarbruecken. In 2001, Nettelbeck wrote and directed the multiple-award winning film, Mostly Martha. Her original screenplay was remade in 2007 by Warner Brothers, Castle Rock, and Village Roadshow, and renamed No Reservations. In 2004, she wrote and directed Sergeant Pepper. What doesn’t Kill Us is Nettlelback’s sixth feature film.