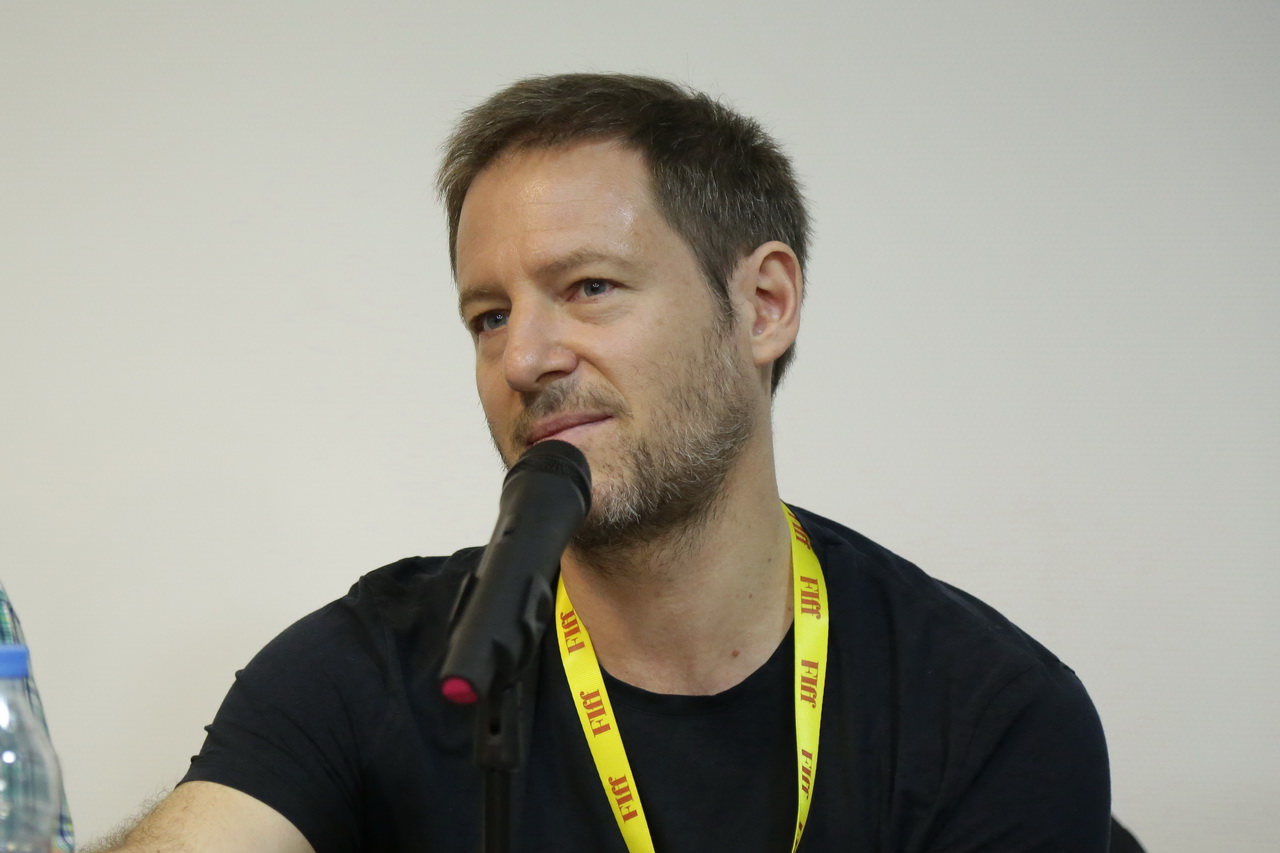 Florian Gallenberger was at the 35th edition of Fajr festival as jury member of Cinema Salvation: International Competition. His film Quiero Ser (I Want to Be…) was awarded the Academy Award for Best Live Action Short Film in 2001. Besides his film work, Gallenberger is a professor at Munich Film School. Here in a brief interview he talks about the festival.

It was my first time coming to Iran and as a member of jury it was a very intense experience, because we watched so many films in a very short period of time. However, it was a good experience because you realize how strong cinema is and how beautiful films are, and I’m glad that I’m here and had the opportunity to get to know other colleagues and jury members, and of course see all those beautiful films from around the world.

What’s your take on the selection of films?

Let me put it this way. We had a handful of films that we really loved, so we were very quick to pick the nominees. The tough job was to single out the best of these nominees. We argued and fought over it for hours. There were weaker films though. It was an unequal contest. Some films were really fantastic, unlike many others. We weren’t sure why they were selected for this section.

What about your general view on Iranian cinema?

Some Iranian films have been successful at box offices in the west. If I want to name them, A Separation directed by Asghar Farhadi is a wonderful film and I really enjoyed seeing it. It touched me and made me think and many people in the west also admired it. And then you have Jafar Panahi’s Taxi which was very popular in Germany and won awards. Abbas Kiarostam’s films are very popular too. I wouldn’t say I have watched many Iranian films, but I watched those which became so popular in the west. And I think there is a really amazing ability of storytelling and very good characterization; and showing that life is contradictive and it’s not easy and it’s not black and white and you don’t have a recipe for how to live. You are confronted with so many questions that are too difficult to answer. A Separation is nothing but questions where you don’t really know what’s right and wrong. I think that’s a tremendous quality for cinema and if I look at the Muslim nations, I think Iran is a nation with a real cinema tradition and really interesting and fascinating films. No doubt there exists a tradition of cinematic appreciation in Iran.

And your take on filmmaking workshops?

I did two workshops which I enjoyed very much. It’s great to speak to young filmmakers. What I would say to them is this: Be yourself, don’t try to be someone else. Don’t try to do something that doesn’t come from your heart. That is not your conviction, because filmmaking is very difficult. It’s very complex and if you’re not doing what comes from your heart, the final result will not be that convincing. Be yourself and keep trying.