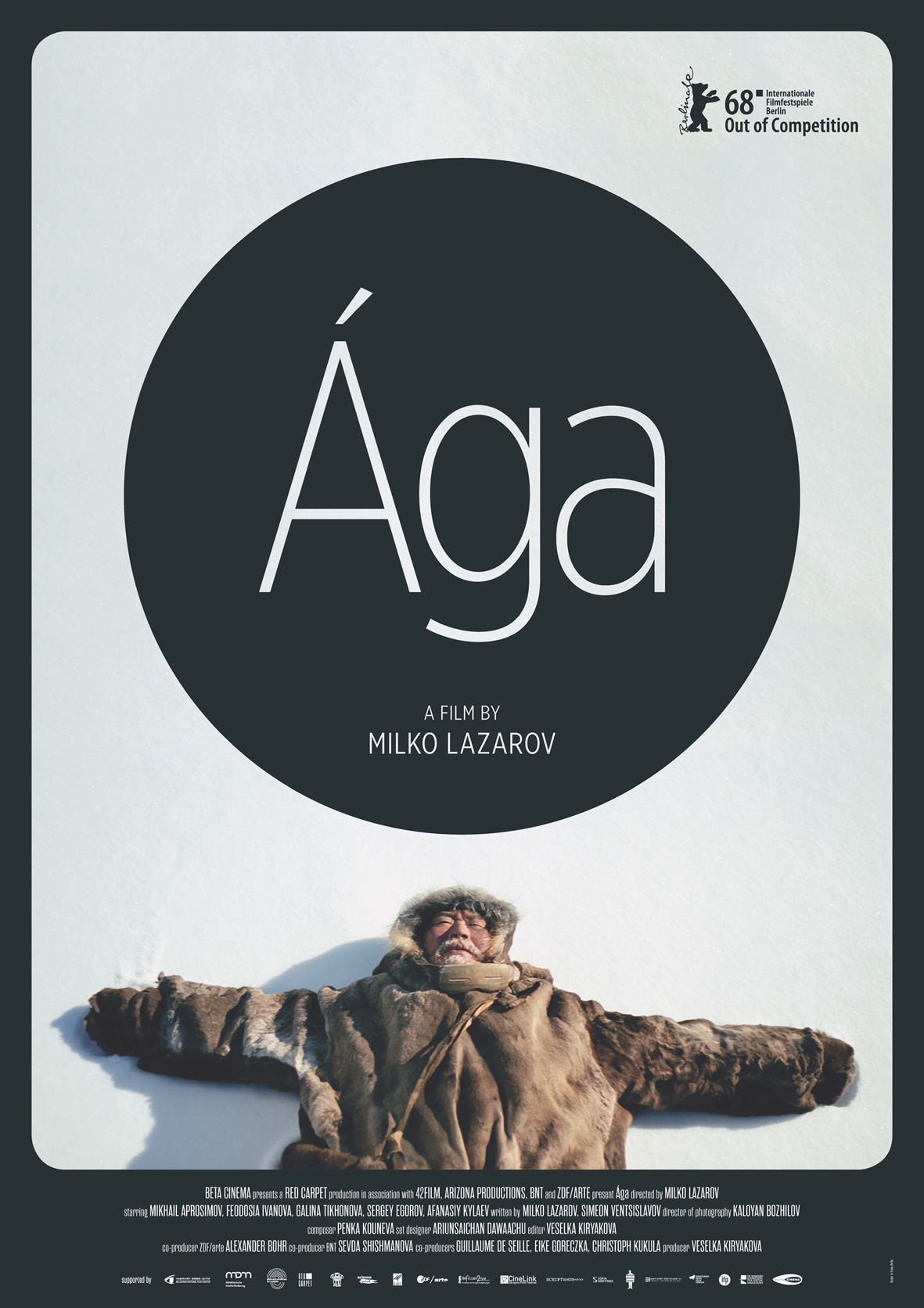 Aga (2018), a new feature film by Milko Lazarov, is an entry in the Competition Section of this year’s Fajr International Film Festival.

A joint production of Bulgaria, Germany and France, Aga was an entry in the 2018 Berlin Film Festival. Both Lazarov and producer of Aga, Veselka Kiriakova, who has worked with Milko Lazarov since his first film Alienation, will attend the screening to talk about their joint production. Producer Kiriakova has worked with Lazarov since his first film Alienation. She is also a co-producer of Glory by Christina Grozeva and Petar Valchanov. Cinematography is by Kaloyan Bozhilov.

The plot of the Bulgarian-German-French co-production takes the Fajr viewers far north and tells a story about the clash of civilizations through the prism of love and human relationships. In a yurt among the snowy fields of the north, the two main characters (Inuits) – Nanuk and Sedna – dream of reuniting their family. They live in the spirit of the traditions of their ancestors. Left alone in the wilderness, they remind the viewers of the last people on Earth. When Sedna’s health gets worse and she dies, Nanuk decides to fulfil her last wish – to find their long-gone daughter Aga, who has chosen the life in the city and has forgotten their traditions.

Milko Lazarov graduated Film and TV Directing from NATFA Krastyo Sarafov in the class of Prof. Vladislav Ikonomov. He directed some of the most successful projects of the Bulgarian National Television – The Great Bulgarians and The Great Reading. His first film Alienation (2013) (Otchuzhdenie) was premiered in the official selection (Venice Days Program) and has won two awards from the 70th Venice Film Festival.