Film Market Is a Brilliant Idea 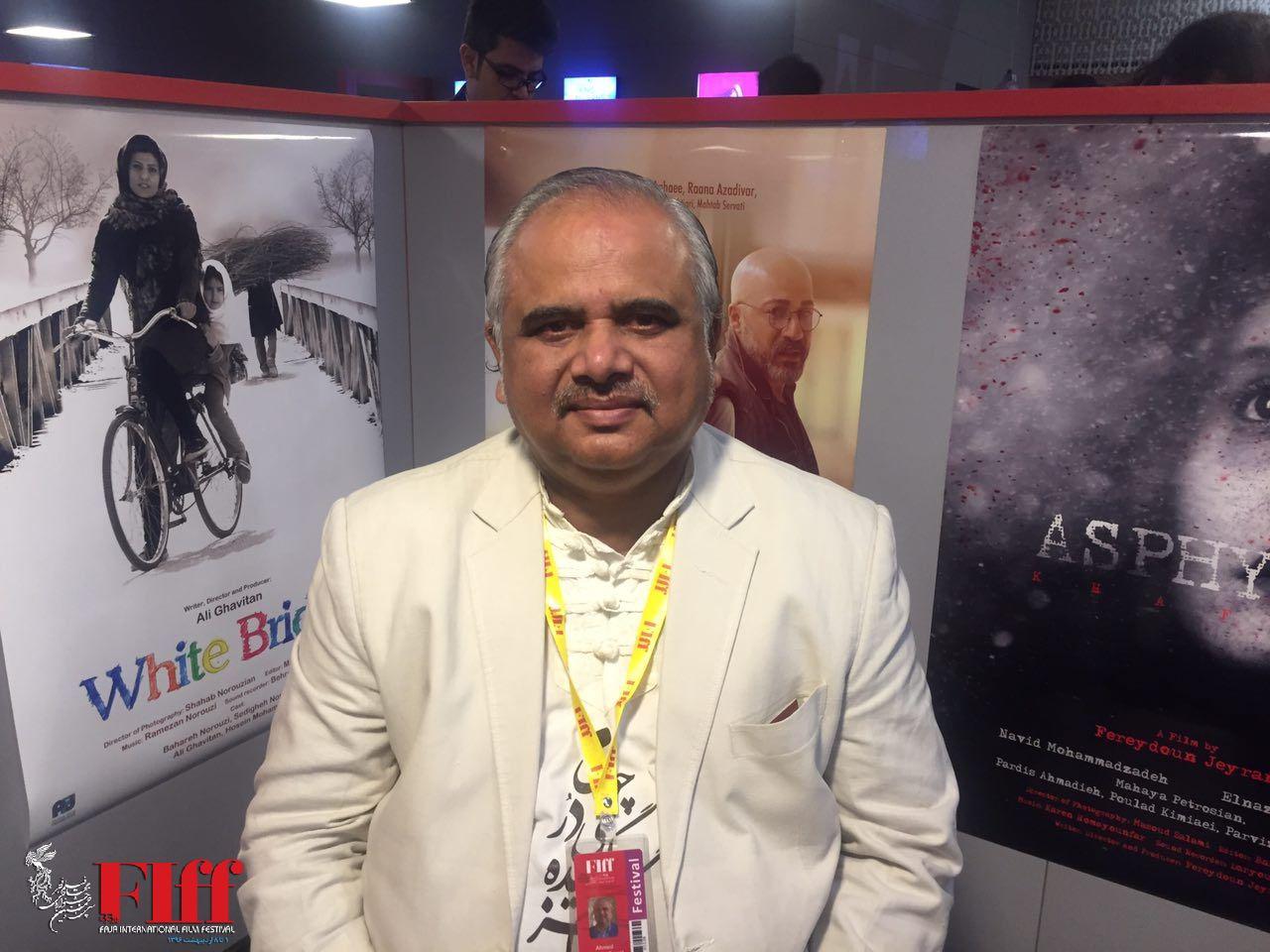 Dhaka International Film Festival is a biennial event held in Dhaka, Bangladesh. Established in 1992, the festival was initially organized as annual, but became a biennial event since 1995. Its director Ahmed Muztaba Zamal has more.

I have attended Fajr Film Festival for a very long time, since 1994. I always take part to select films for the Dhaka festival. Iranian films are a major feature there.

Tell us about your idea of cinema?

I think film is an art and not a money-making machine, so I watch films and choose them if they follow certain artistic values. This is my 13th time here and I love to come again. You don’t get bored when you see your child every day. When you love someone you never get bored with that and cinema and film are the same for me. I love cinema so I love to see it always and I love to come here every year.

Please elaborate on your festival?

Our festival is a well-known event and will soon celebrate its 25th anniversary. The Rainbow Film Society is our sponsor, in which I’m also the president. When you show or make good films, you improve the society as well.

How do you select your films?

Each festival has its own selection mechanism.  Zohreh Zamani is in charge of selecting Iranian films for us. When you do a festival, you need people who can support you, and who care. I found these qualities in Zamani. She is my consultant and head of the festival programing.

Zamani, this question is for you. When did you start?

I started making short films, which won international awards. I was a jury member in Italy in 2006, where we met for the first time. After six years, he asked me to work for him, and I accepted. I love Iran’s cinema and try to choose top-notch films for festival screening. When there is no Iranian film, audiences protest. Working with Zamal has been wonderful. He is open to new ideas and believes in young talents.

What about your festival?

First three days of the festival we have a conference on Women in Cinema that focuses on their roles in cinema. Once we had an article that discussed reasons why we did have women critics!

We have many young talents at Fajr. What is your take?

I think it’s a great idea. It motivates them to learn more and make better films. They can meet well-known directors and learn the craft from them.

Any improvements this year?

Location is great; everyone’s so warm and hospitable. The Film Market is a brilliant idea. Screening is great and one important thing is that they are all put together in one place which makes it easier for guests to see all the films.