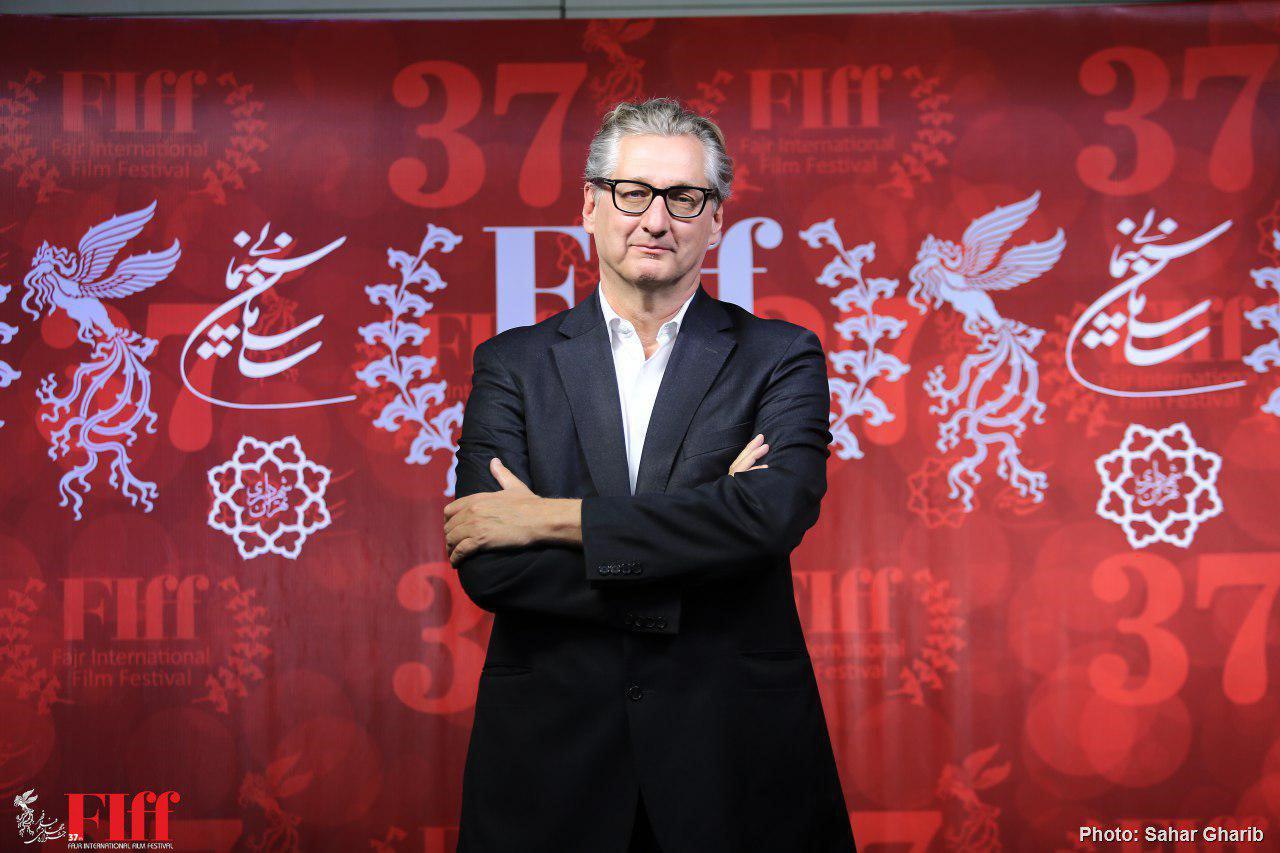 Netherlands Ambassador in Tehran Jacques Werner paid a visit to the 37th Fajr International Film Festival on Wednesday, April 24. The ambassador was accompanied by his wife in Charsou Cineplex.

How is the Festival atmosphere?

It is very good and both of us are impressed by the atmosphere of the cinematic event, the setup and nice details. It is a very elegant and sophisticated place.

Is there any plan to hold joint cultural events in Iran and Netherlands?

We are always thinking of this idea to bring interesting films to Iran but it needs some programming. In other areas of art, we had an exhibition in the national museum which is responsible for Iranian exhibitions in the Netherlands. It was few months ago. We are still in contact. We have theater works, Iranian music festival and many other artistic and cultural events. We hold Iranian cultural events in the Netherlands frequently.

Which parts of the culture and art impress you the most?

I’m mostly impressed by contemporary arts, including conceptual art. Your modern art works are very interesting. The same could be said about Iranian films. They have quality ingredients as well.

Any words about calligraphy and poetry?

Some Iranian poems have been translated into Dutch. Most are in English which people in my country can read. Here in Iran, we go to art galleries and museums. It’s our way of appreciating Iranian art.