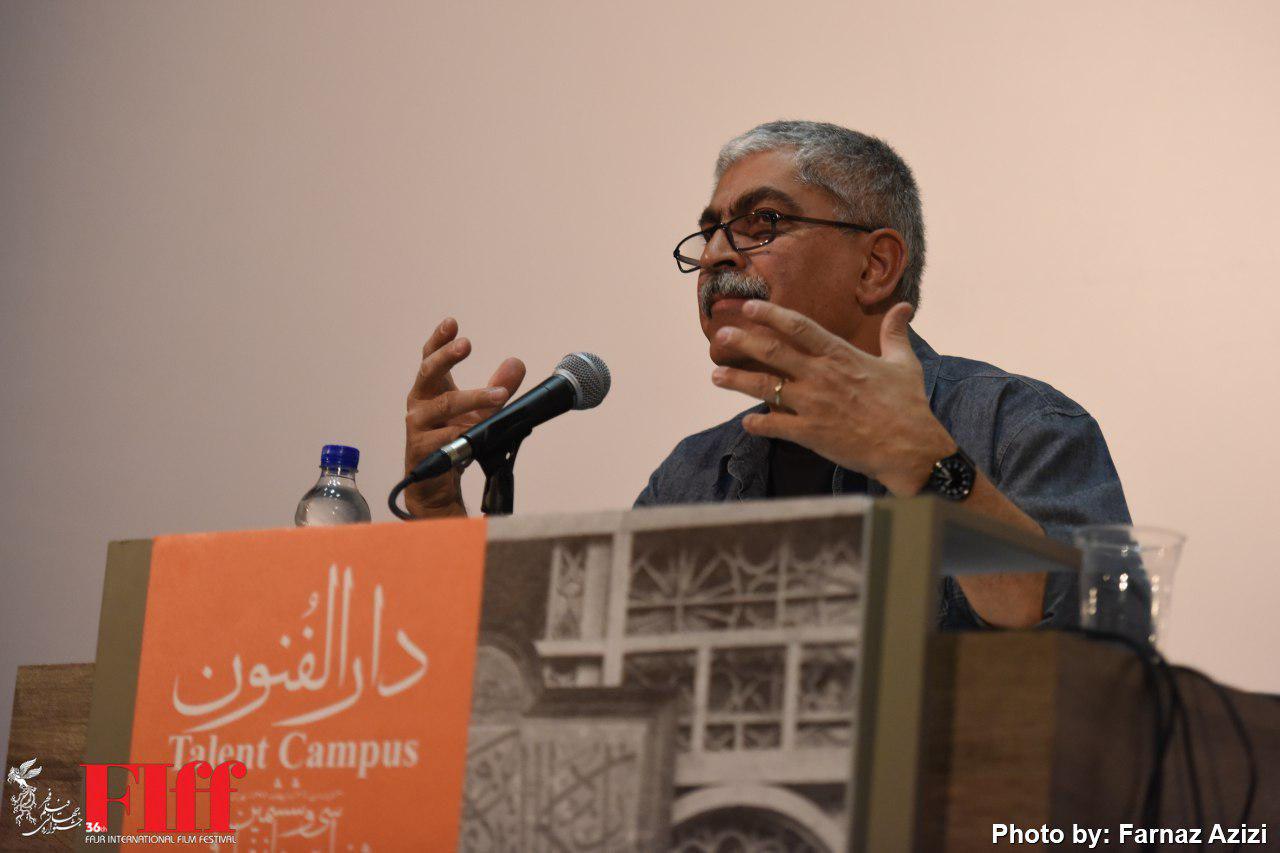 The Talent Campus students discovered what it takes to create a meaningful and beautiful set for film after attending a production design workshop by Amir Esbati in the 2018 FIFF.

Amir Esbati, an Iranian costume and production designer, shared his experiences with the students in the workshop that aimed to impart the necessary basic artistic and technical skills, and the requisite tools of the production design trade. He also offered the special basic knowledge and a suitable approach to understand the movie set, and the essence of a cinematic space.

Esbati said it is essential that the director and the production designer interact: This kind of dialogue and interaction is essential and must be done before and on the set. It’s a helpful way to organize the shots.

The Iranian cinematographer touched upon the importance of having storyboards in advance as well: Continuing to use the storyboard as the blueprint for the set, any production designer will be able to take the task up and make the changes without errors.

According to him, storyboards help production designers to determine the best way to tell the story in the allotted timeframe. They are extremely helpful for the director and director of photography as well. They are a fantastic way for the set designer to see exactly what he or she has in mind for the scene.

In conclusion, Esbati said a set designer in cinema works like an orchestra conductor. As the leader of an orchestra leads all instruments in harmony, the production designer must also coordinate every element in his scenery.