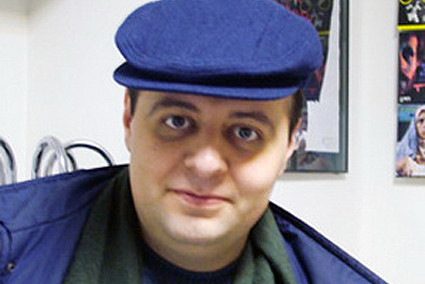 After his leftist “Groupe Dziga Vertov” period, in the middle of his attempts to create a structure inspired by painting compositions and the details, THE RISE AND FALL OF A SMALL FILM COMPANY marks a different approach to the medium. Reflecting the great directors’ obsessions to explore more about new media in the eighties, JLG’s rarely observed TV movie depicts how the small film companies are destined to collapse when pursuing their ambitious temptations. Enhanced by a narrative following the preproduction stages of a film in different chapters, THE RISE AND FALL… tries to see how independent cinema was destined to lead to futile labours – for instance in the search of non professional actors to introduce an unknown Frank Sinatra or Jimmie Dean; in the search of the mysterious beauty of an old painting in the Milky Way; in the search of a story of the Platonic bonds in a mythical tale. THE RISE AND FALL OF A SMALL FILM COMPANY opens with a hint to the reliance of filmmaking on the money and indicates the paradoxical situation of cinema in the eighties when the idea of industrialization of independent cinema was inevitable. It looks like a requiem for a dream composed by Jean Luc Godard.