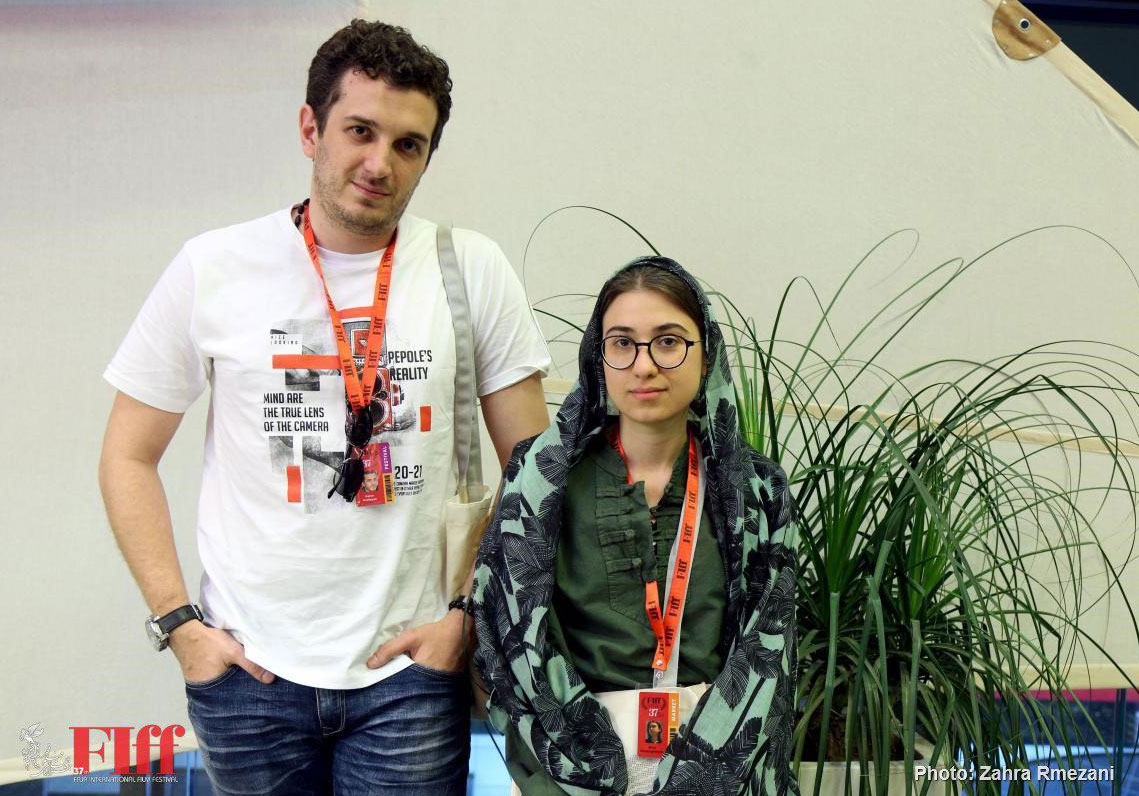 The Golden Apricot International Film Festival (GAIFF) in Yerevan was founded in 2004 in collaboration with the Golden Apricot Fund for Cinema Development, and the Armenian Association of Film Critics and Cinema Journalists.

The GAIFF is continually supported by the Ministry of Foreign Affairs, the Ministry of Culture and the Benevolent Fund for Cultural Development. The objectives of the festival are to present new works by film directors and producers in Armenia and foreign cinematographers of Armenian descent, and to promote creativity and originality in cinema and video art.

Karen Avetisyan, the programming director of GAIFF, and Sona Karapoghosyan, the project manager of Golden Apricot, are attending this year’s Fajr to hold talks with counterparts at the Farabi Cinema Foundation. The discussions have circled around prospects for co-production and finding films to screen at this year’s Golden Apricot Film Festival.

Is this your first visit?

Avetisyan: It’s our first visit to Iran and Fajr. We knew about the festival for a long time but didn’t have the opportunity to visit. This year we got the invitation from Fajr and we accepted it with great pleasure.

What is the purpose of your visit?

Karapoghsyan: We came here for two different reasons. First, as Karen said, selecting movies to screen in our festival. It’s a regional showcase designed for Armenia, Azerbaijan, Georgia, Turkey and Iran. We are going to have at least four films from Iran to screen there. And as for our market, we are more interested in co-production movies. We want to show movies that have been produced jointly by the regional states. That’s the way it should be.

Do they screen Iranian films in Armenia?

Karapoghsyan: I can’t say that we have a big distribution in Armenia but Golden Apricot and other festivals are the main platforms for showing Iranian films.

Avetisyan: In General, Iranian cinema doesn’t have extensive distribution across the world. They are mostly shown at art movie theaters. The festival as a platform has provided us with the best examples of Iranian cinema. In our festival, we have screened almost all the best films that were made in Iran during the last fifteen years. That’s how old is our own festival.

What is your take on Iranian Cinema?

Avetisyan: The Iranian cinema is one of the best in the world. We came to know your cinema after this fantastic wave of filmmakers that are very well-known all over the world: Abbas Kiarostami, Jafar Panahi, and Asghar Farhadi. Iranian cinema doesn’t need introduction. It is now a role model for our film industry. We tell our filmmakers that’s how they should make movies. We like Fajr because we come from the same region. We have many cultural commonalities. This includes things related to cinema and art. We have learned a lot from our Iranian colleagues.

Karapoghsyan: I can say last year we had the pleasure of having Asghar Farhadi as a jury member of the Golden Apricot. There is no need for us to tell more about Iranian cinema.