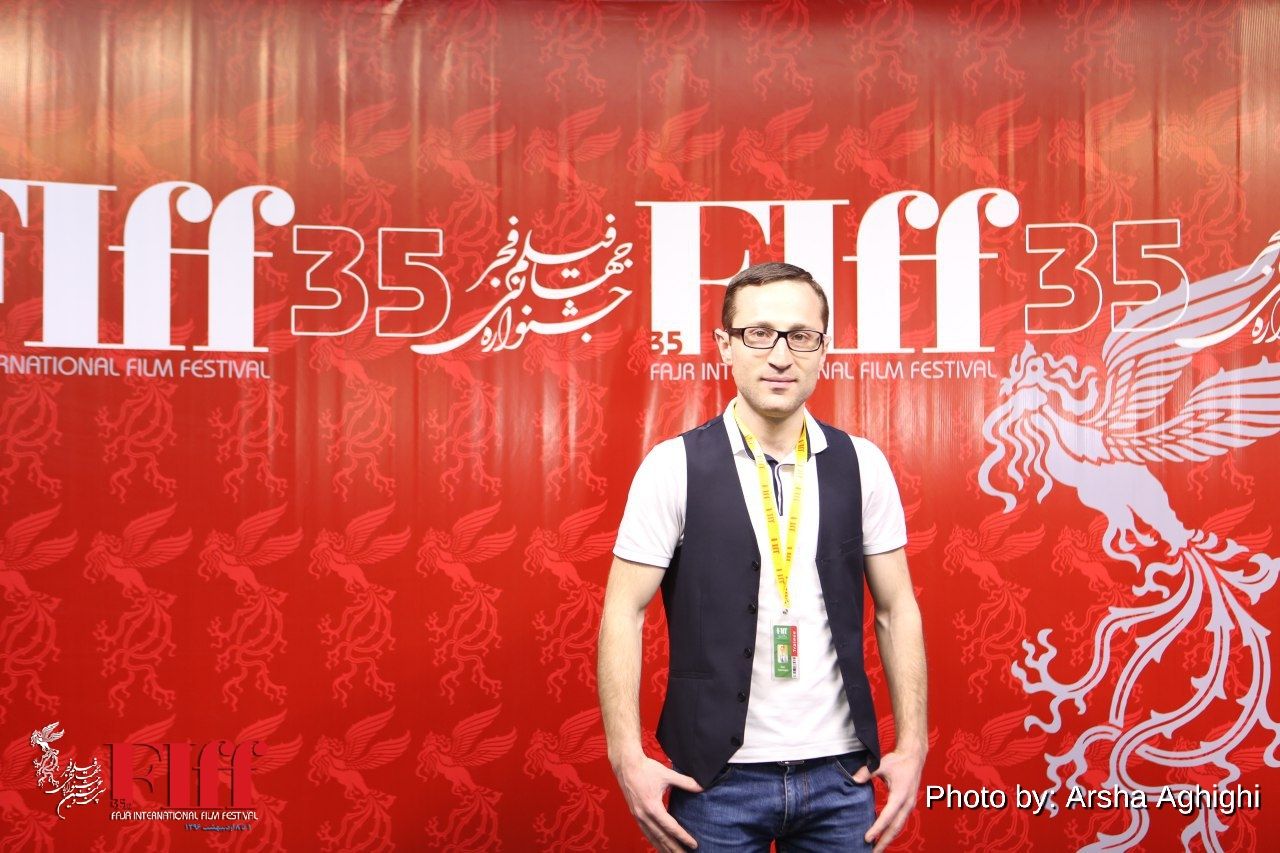 Guzh Tadevosyan is an Armenian director who has made one feature film and 4 shorts. He has won prizes at different international festivals. It’s his first visit to Iran. He has attended the Talent Campus workshops (Darol Fonoun), and here he tells us more on that and his own personal experience.

What’s your take on the workshops?

First of all, I should say I like Iranian culture and cinema and that’s one of the reasons I’m here. The workshops are very good and useful, especially for young filmmakers. The tutors are A-list, knowledgeable and skillful in the movie industry.

What about Iranian cinema?

As I mentioned, I like the Iranian cinema, especially its new wave; works of Abbas Kiraosami, Asghar Farhadi, Reza Mirkarimi, etc. Their films are traditional and modern at the same time, or I may say they deal with traditional but international subjects.  In Iranian films, the conflict between tradition and modernity is apparent.

Can you tell us more about you own cinema?

The history of Armenian cinema has had great filmmakers. Armenian films have been praised in different international festivals. I must say filmmaker Sergei Parajanov is somehow the visit card of our cinema. Of course, he lived in Ukraine, Georgia, Moscow and many other countries; but was originally Armenian. We have other important filmmakers such as Levon Mkrtchyan, Herbert Hoover, Atom Egoyan, etc. So, the country has a rich cinema. Armenian cinema, like that of Iran, deals with traditional and at the same time modern subjects. Today, there are many young Armenian filmmakers who have shined throughout the world. This country’ cinema has a rich artistic aspect. Of course, I must say it has many problems, mainly financial.

What about government support for the industry?

I must add that the Armenian government supports our cinema as much as it can. But the overall budget of the industry is very low. The reason that the government offers support is because it knows that cinema is a medium that helps other to know more about our country. For this, it always helps young filmmakers.