Atila Pesyani’s Workshop: There Is No Right or Wrong Acting 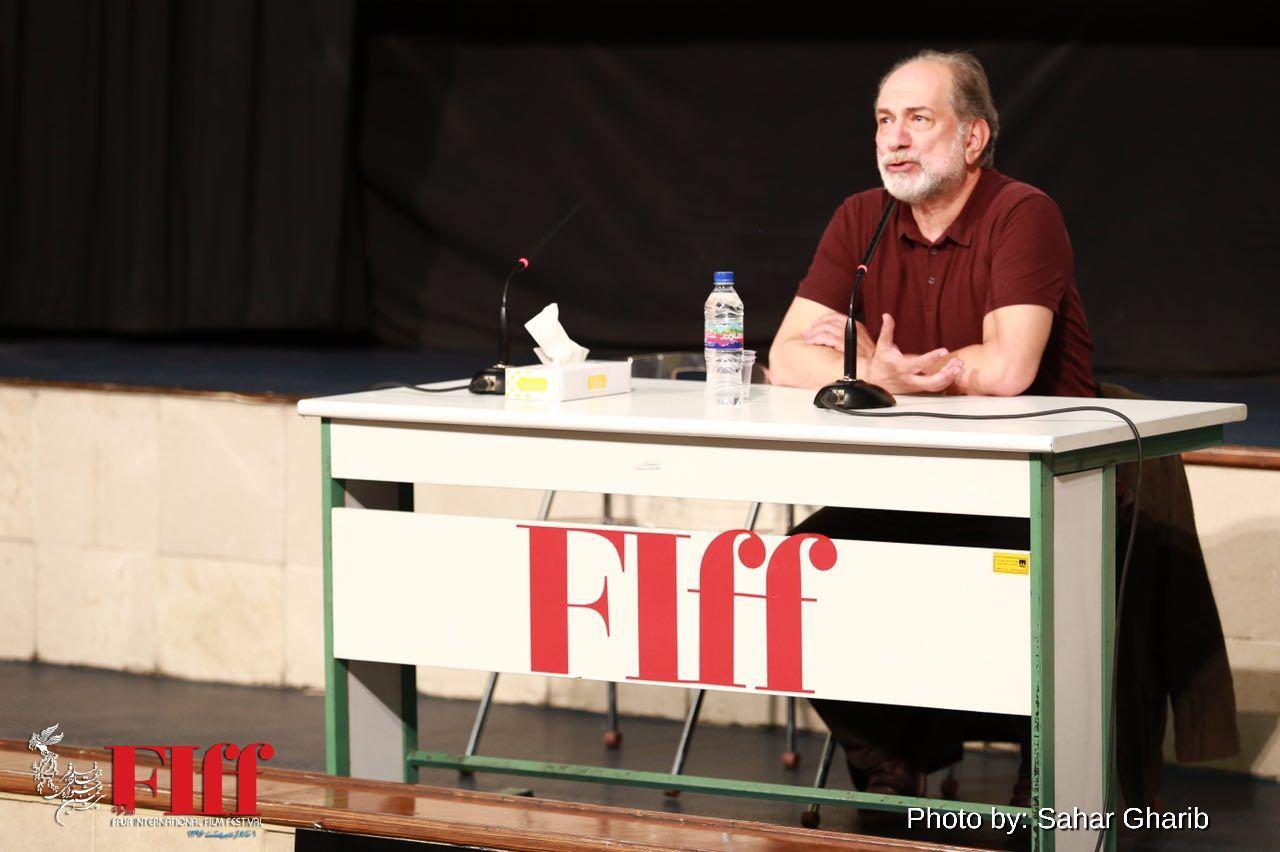 A-list actor Atila Pesyani held an acting workshop in Felestin Cinema and on the sideline of Fajr Festival on Monday.

Addressing the international students, he said acting is not just about the ability to perform before an audience; rather, it has many layers, including but not limited to concentration, imagination, how to come to terms with your own mindset and instincts, and how to get closer to the role itself and suchlike.

He added, “The important thing is to keep in mind that there is no such thing as right or wrong acting. Of course, we might lack things here and there, but ‘wrong’ is when the layers are not matched. Watching films can help us understand differences in acting.”

Pesyani went on to explain that acting courses could help improve your acting, however, that is not for certain. “There are actors who are fantastic, but have never taken academic classes. Acting classes help improve and organize yourself. It certainly has its own merits later in your professional life.”

According to the Iranian actor and director, without change, art could have morphed into tradition. “Art is dynamic; it transforms itself all the time. My own acting method has changed over time. This was never my intention. It was the years, the conflicts, the incidents that changed the nature of my work, my acting style. No doubt there are rules to follow in art, but we still need to rebel and break the rules. Find your inner self; find your own style based on your own character.”

With regard to his own acting style and techniques, he said, “When a director wants me to act in his film, before talking about my role, I ask why he chose me and I try and find the angle he wants to see in me. After that, I try to make that angle, that view, more colorful and visible. I practice that role until it gets perfect. Of course, different actors have different styles and techniques to follow. That said, without the right cast, the entire film could go to waste.”

In conclusion, Pesyani said actors should be up to the task both internally and externally. “It all depends on how much they are rich in emotions and how familiar they are with themselves. However, an important aspect in acting is to demonstrate these emotions. If you don’t believe in yourself from within, your audience won’t believe you either.