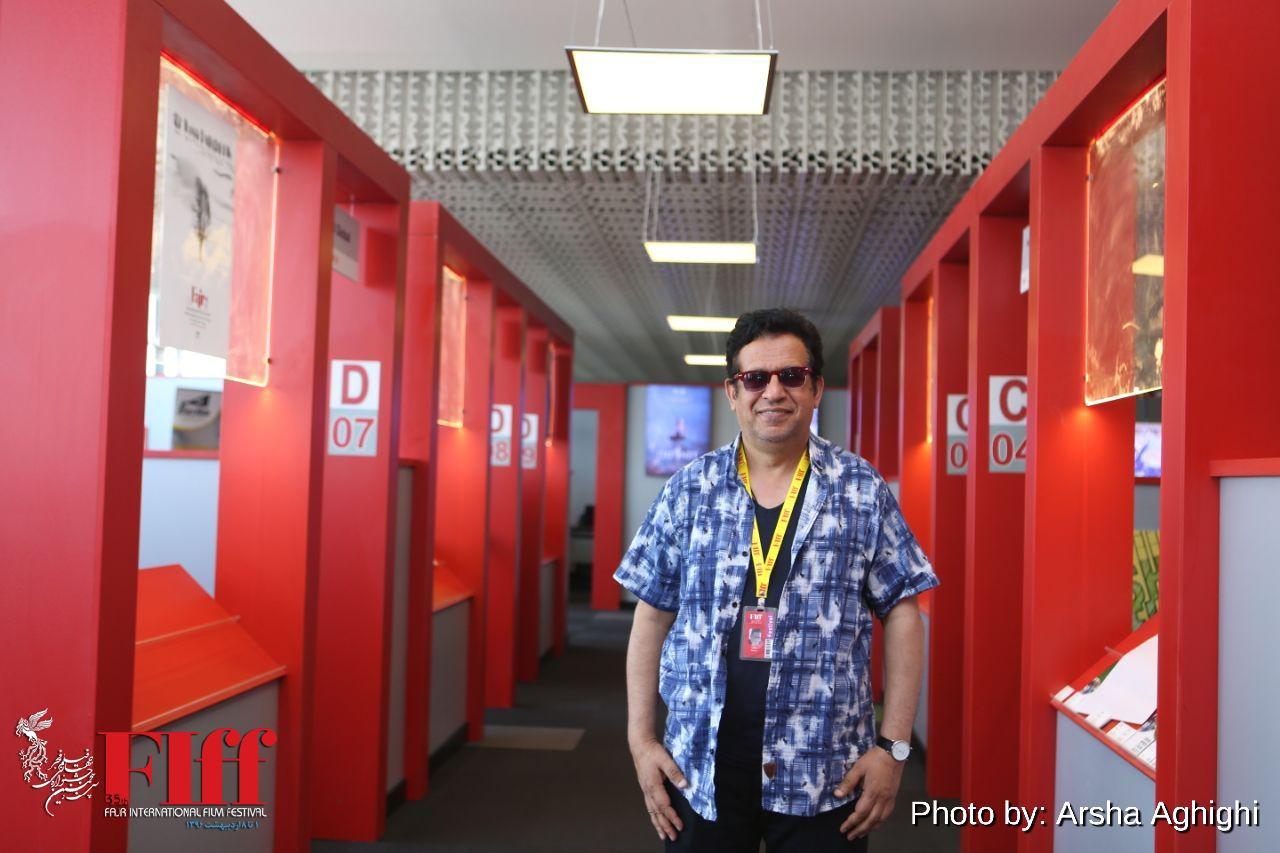 Taher Alwan, founder and director of Baghdad Film Festival, says festival programmers did a fine job to divide the annual event of Fajr into national and international sections.

More on that in the following:

Was it right to divide Fajr into national and international parts?

I think it is the best thing that could ever happen to any festival. That is what we did in Iraq. I think each festival should have unique features. International festivals get movies from different countries together so that different ideas and cultures could be shared and celebrated. People gather from different places to talk and introduce their works to each other. But in a local festival, directors from the same country compete and have more chances to shine. They get more opportunities to localize themselves. You can only discover first-time filmmakers and talents if you separate it.

How many sections does your festival have?

Tell us about the Arab Women category?

Some people questioned the rationally behind allocating a section for women. I said our women should have the chance to show their works as they work hard. As you know, the film industry in dominated by men in the Arab world. This category allows women directors to show their films to the world. It motivates them to make better films.

What about the human rights section?

It is about human rights in general and not just in one country. It deals with racism, women’s rights and other issues related to it. We work with human rights institutions in this category.

How do you see Iran’s cinema?

We love Iranian films and always follow them. We have always had fruitful cooperation with the Farabi Foundation and other private distributors. Your films are good and that makes it difficult for us to choose just some. We have always had Iranian film screenings in our festival. Each year we have at least one. They always win awards. We have got 30 films from Farabi for this year’s run.

One movie that you loved?

Bodyguard played by Parviz Parastui. This film was for the opening and its actor was there. We have received movies from independent directors like Yaser Talebi. He won award.

Do you have selection committee?

Yes. For each category we have a selection committee. There are six committees in total. I myself watch all the movies. I teach at the university too. I analyze and evaluate everything. I can say with confidence that Iranian movies are among the best.

Do you receive any support from the government?

We are an independent NGO with no support from the government. We are supported by other institutions though. Last year, Iran’s Ministry of Culture did support us.

How is Fajr seen in the Middle East?

We promote Iran’s cinema in the region. We show the other side of Iran to the world. As you know, there is some negative propaganda against Iran. The festival helps clear that. Some try to promote sectarianism. We try to stop that.

Are you looking forward to cooperating with Fajr?

Yes. We can work together through directors, conferences and workshops.

Your take on this year’s run?

This edition is flawless, well-organized and prepared. I see you are celebrating your famous director Kiarostami. You should be proud of such festival.