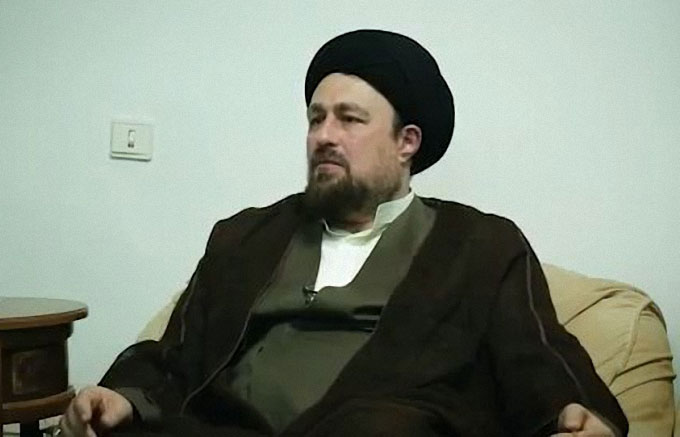 It’s a great joy to hear that Fajr International Film Festival is celebrating its 36th edition in 2018 after so much time and effort put into it by the organizers and the creatives.

I caught myself thinking how much the world has changed these days. Not long ago, to know what’s happening in a place like Egypt, for instance, we had to wait until major news agencies like the Associated Press, TASS and France Press reported from Cairo. During the Iran-Iraq War of the 1980s, I remember vividly how much money and effort we had to invest in order to run and expand the Islamic Republic of Iran News Agency. At times, it seemed like an impossible mission.

During the same period, the CNN was retaining its long-time lead over all traditional news agencies, continuing its streak as the world’s number one source for news and information. All that has changed now. Thanks to new technologies, CNN is no longer most followed news brand in the world. Access to new hardware and technology in countries where English in not the most spoken language has made it possible for individual users, political parties and local TV stations to set up and run their own CNN news brand.

Journalism is experiencing considerable changes linked to technological transformations as well. Indeed, social networks have changed journalism and the face of public relations. No more waiting for the CNN news. Members of the public can jump onto the social media bandwagon and as amateur reporters can run their own private CNN news brand. In a sense, social media is offering what governments couldn’t offer just a few years ago.

Today, it’s no longer required just for the governments to disseminate information either. Social media users can choose what they want to read. Thanks to new technologies, we are now living in a better world. Social media has killed the monopoly that traditional news agencies once enjoyed. Monopoly allows personal tastes dominate our common sense. On the other hand, collective wisdom wouldn’t allow the rise of new Hitlers and Saddams. Just one mobile phone application can help us to have access to breaking news and information much faster than dozens of traditional TV channels. In the prevailing environment, it’s no longer important where or on which platform you want to express your opinion. What’s important is what you have to say.

Not long ago, it was important who owned the microphone. Now, everyone has access to a microphone. What’s essential is what you want to talk about, and if you have something to say, people will want to hear it. The same could be said about the medium of film and cinema. Once there were major film companies that employed A-list directors to tell stories. But now a noble idea could easily get made into a film to compete with major studios – with simple tools and techniques. True, the same tools and techniques are at the service of major studios and corporations. But if you have an idea, the right story, you can tell it to the world using the same tools and techniques.

About Iranian Cinema after the Islamic Revolution of 1979, it suffices to state that it’s a new wave with human touch. It is my belief that Iranian cinema tells the painful story of contemporary man. It is pain-oriented – not sweetened though. And it doesn’t need to be that way. A film should create empathy in its viewers and force them to think.

Iranian cinema has won the admiration of international critics, programmers and arthouse patrons in recent years all because it tells the story of loneliness, the biggest pain of contemporary man. On the other hand, Iranian cinema is not at loggerheads with modern world. It might go on and critique the modern world, but it also recognises its impacts.

Iranian cinema portrays human ethos, munificence, features, and commonalities through different characters and approaches. This is why it wins admiration the world over. It promotes moral standards and alleviates human suffering. Here, religion plays a colourful role as well. It helps the individual; it never tries to lock up in isolation. This particular creed has mystic features too. It says don’t cause pain and don’t suffer; just love the other.

Iranian cinema is a new discourse on many fronts. It does in no way depend on modern filmmaking techniques, star power or camera. Rather, it depends on the script and the director. It wants to convey a message, and it is this particular message, this interesting story that goes on to win global admiration. This cinema has certain weaknesses too, but it still manages to pull the audience; taking them where they must go to think.

Iranian cinema has survived in recent years, undergoing remarkable transformations in parallel with the wider changes in Iranian culture and society. Iran’s film industry produces some stellar movies, but they are in no way an attempt to compete with the Hollywood cinema. They just want to tell a story and convey a message about human anguish, a feature that makes them interesting to watch.

The central gravity of morality is imagination and the central gravity of immorality is illusion. Illusion happens when an individual perceives himself as centre of the universe; where whatever is close to him is important and whatever is away from him is unimportant. If his kid gets sick he becomes upset, but if children in their hundreds die in some other place, that’s an irrelevant issue. Here, the universe is important only to that individual, which is an immoral perspective.

The opposite is imagination and resourcefulness. Here, a person can use his imagination to put himself in the shoes of someone else in another country. Such imagination could also persuade him to respect animal rights. An animation movie can help a kid to imagine herself as a kitten’s mother. The power of imagination when reading a book or watching a film is indeed awe-inspiring. It can help make the world a better place for everyone.

A film can tell the story of a kid who is in pain because he lost his family in a bombing run. Patrons can see for themselves that bombing is hell and war is ugly. The ethical conclusion could be that all the military conquers we read in history books are not worth the teardrop of a crying baby.

Sadly, history is written by the victors. It’s not written by the oppressed. We enjoy it when we read the history of military triumphs by our predecessors. It never occurs to us how many families were also wiped out by our victors in the meantime. Realising that, we will never feel pleased when reading history books. Quite the opposite, we will be embarrassed.

Iranian cinema has three traits: Tools and facilities, discourse, and ingenuity or creativity. These traits help Iranian filmmakers to tell stories about human suffering. If such a cinema can show what exactly goes through the mind of a powerless victim whose throat is about to be slit by a Daesh militant, there will be no more throat-cutting knives anywhere.

Although modern weapons are deadlier than those of the past, the crime rate and violence have gone down significantly in recent times, and the question is why? Well, for one, there are now individuals who can tell good stories and talk to others to become better persons. The medium of cinema can and should discourage violence. History is awash with tyrants, but there is only Imam Hossein (AS). With a microphone and a camera, we can all talk some sense to the despots of our time. It is equally wishful thinking to assume we don’t have a despot living inside ourselves. Put a cap on my potential despot and I put a cap on your potential despot.

Finally, public diplomacy, the communication to the general public of foreign nations to establish a dialogue designed to inform and influence, can and should benefit the country and the world. In a rapidly expanding media landscape, movies can equally serve as stimuli to expand our imagination, uphold ethics, and improve the world we live in. What we need today is raise our moral standards, expand our imagination, and stay away from self-interested illusion. The medium of cinema can equip us with an extracorporeal cognitive and emotional space to do just that and more.