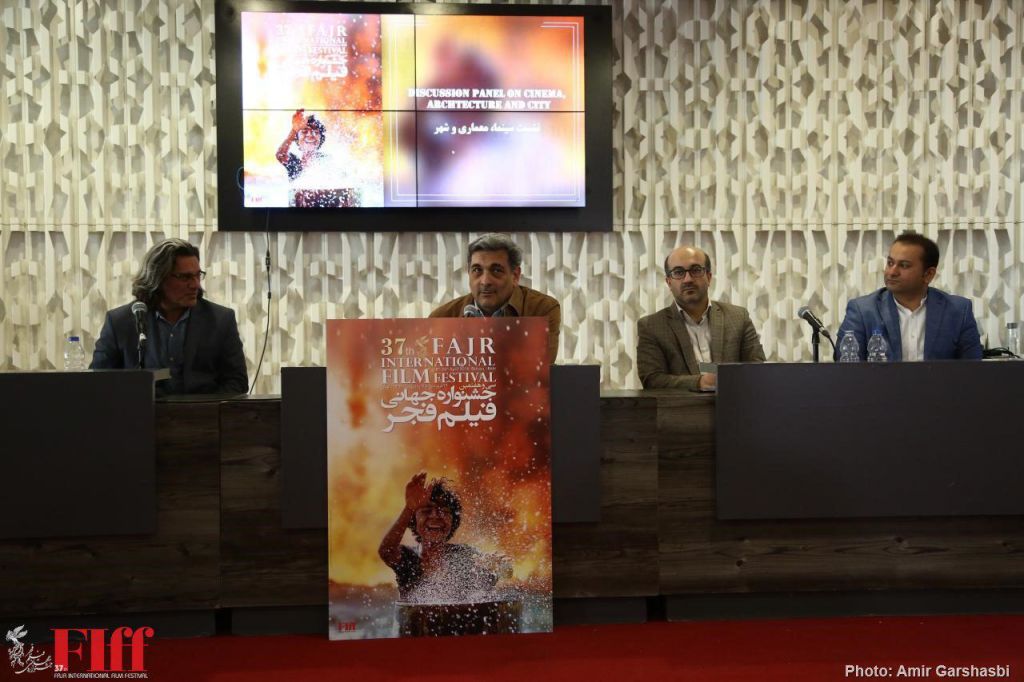 On Tuesday, April 23, Charsou Cineplex was the venue for a specialized session on Cinema, Architecture and City.

Tehran City Mayor Pirouz Hanachi was one of the special guests of this unique program on the sidelines of the 37th Fajr International Film Festival.

Addressing the audience, Mayor Hanachi said the main policy of Tehran City Municipality is creating an economy that is based on culture and cultural activities: Culture is an activity with economic viability. The municipality is serious about providing venues for cultural events like film festivals. The most important drive for the city is developing an economy that’s based on culture.

The mayor added: There are many venues to hold the annual film festival but they are all historical places with sentimental values and memories for people. The city has 18 derelict movie theaters. One of them, called Nasr, was refurbished in Lalehzar recently. The hope is that we could turn it into a theater museum.

In conclusion, Hamachi reiterated that economy and culture influence each other, and that an economy based on culture is much more beneficial to people.