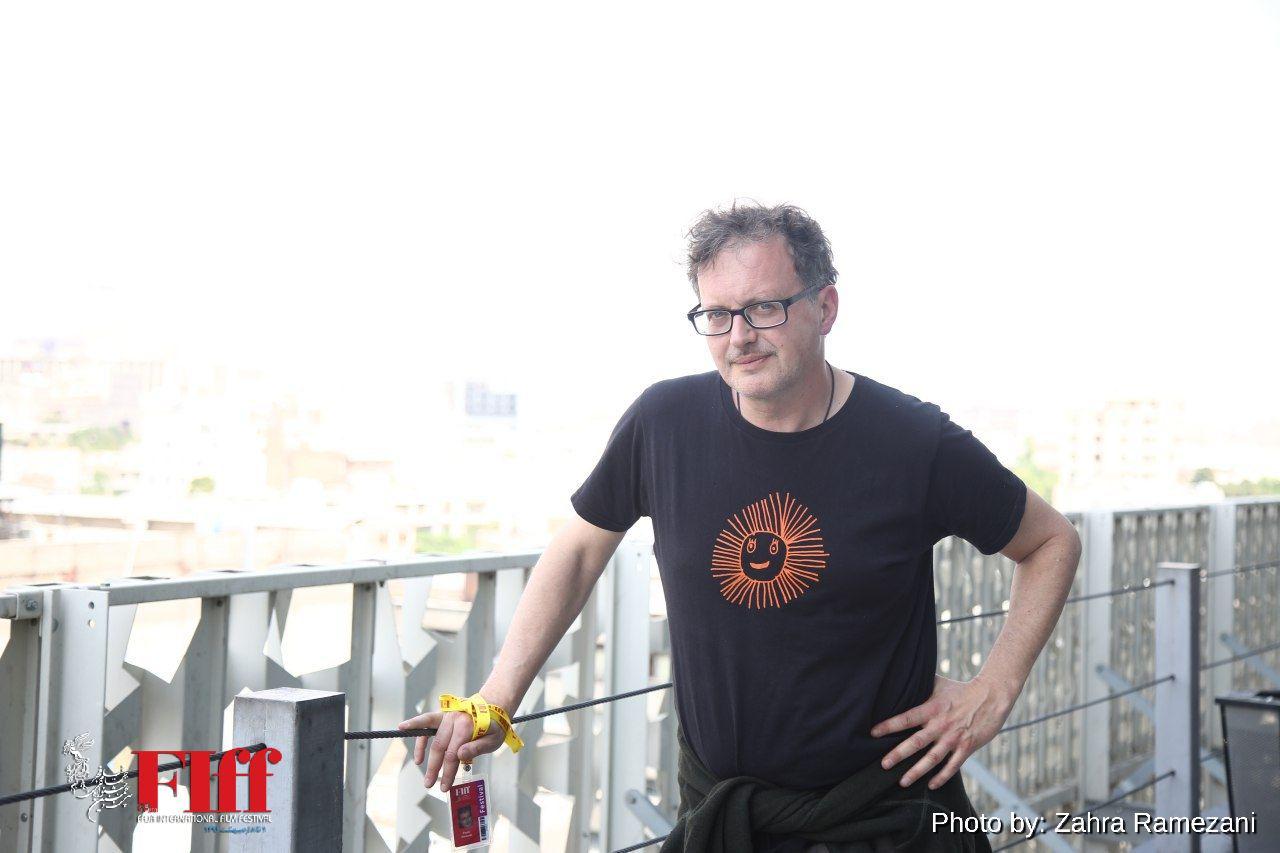 Paolo Pisanelli is an A-list Italian filmmaker. He is the artistic director of Cinema del Real, a festival of authors and audiovisual works that takes place every year in Apulia. He came to this year’s FIFF with the hope of getting to know the Iranian documentary cinema and collaborating with Iranian filmmakers and film Festivals.

How do you introduce yourself?

I’m Paolo Pisaneli. I’m a filmmaker and the director of “La Festa di Cinema del Reale”. It’s about the films that tell the story of the lives and experiences from all over the world. In the next edition of our festival we would like to have a close collaboration with FIFF. This event was a good opportunity to know the festival director and introduce the directors of documentary cinema in Italy to people and members of cinema in Iran.

How do you see the FIFF this year?

This was my first time coming to Iran. Tehran is a very big, crowded, dynamic and interesting city. I like to see and know the city and its people. I need more time to process the atmosphere of this city.

I think this was a very good and well-organized festival. I saw a lot of movements. To tell you the truth I don’t like very big and fancy festivals. I think a festival like this with many opportunities for participants is much better. My festival is also a very good place for filmmakers to communicate and know each other better. This year is the 14th edition of my festival.

What kind of collaboration are you looking for?

After the festival, I would like to know more about the Iranian documentary films and filmmakers. We are really interested in all the films that show your real life and culture, the films that let us experience the new aspects of life through the artistic view of your filmmakers.

How much are familiar with Iranian filmmakers?

I know Kiarostami and saw some of his marvelous films. I saw Farhadi’s Salesman in Italy. I know director Babak Payami and am familiar with his woks. And of course I would like to know more and more.