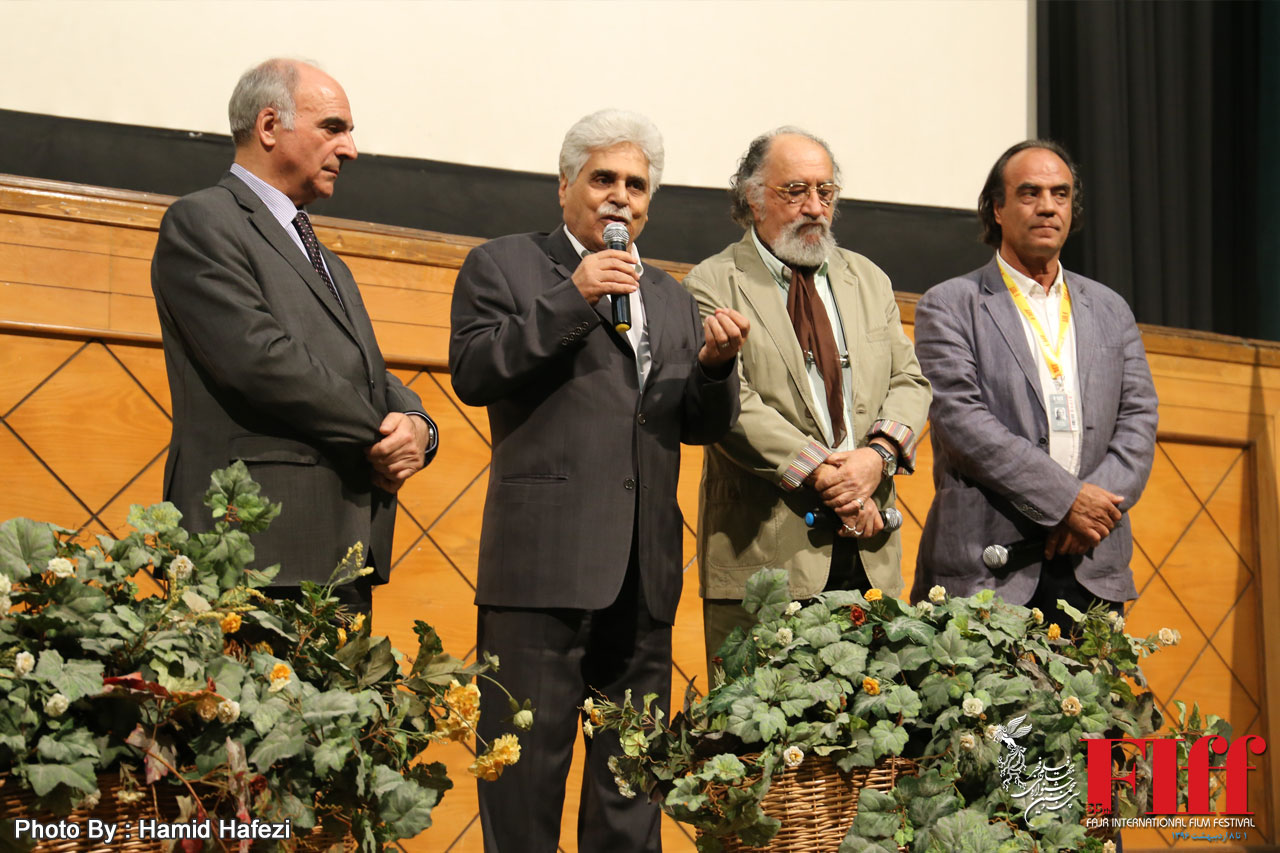 The annual event is screening seven foreign and three Iranian restored movies in the Classics Restored strand. Taghvai’s movie was screened in Felestin Cinema. The other Iranian movies are A Simple Event by Sohrab Shahid-Sales, and Jalal Moghadam’s God’s House, along with international classics such as Robert Bresson’s Pickpocket and Steamboat Bill, Jr. co-directed by Buster Keaton and Charles Reisner.

The movie is about Captain Khorshid, a sailor who although only having one hand, manages to sail his little boat. Nasser Taghvai (born 1941) is an Iranian film director and screenwriter. He made his debut, Tranquility in the Presence of Others, in 1970 and gained the attention of Iranian critics.

Some 30 cast and crew members of the film attended the screening session, including Taghvai’s wife Marzieh Vafamehr who represented him, and producer Haroun Yashayai.

Established in 1982, Fajr is an annual film event that celebrates cultural exchange, displays creative achievements of highly acclaimed cineastes, and pays tribute to local and international films and directors. Since its establishment, it has played a vital role in the development of Iranian Cinema.