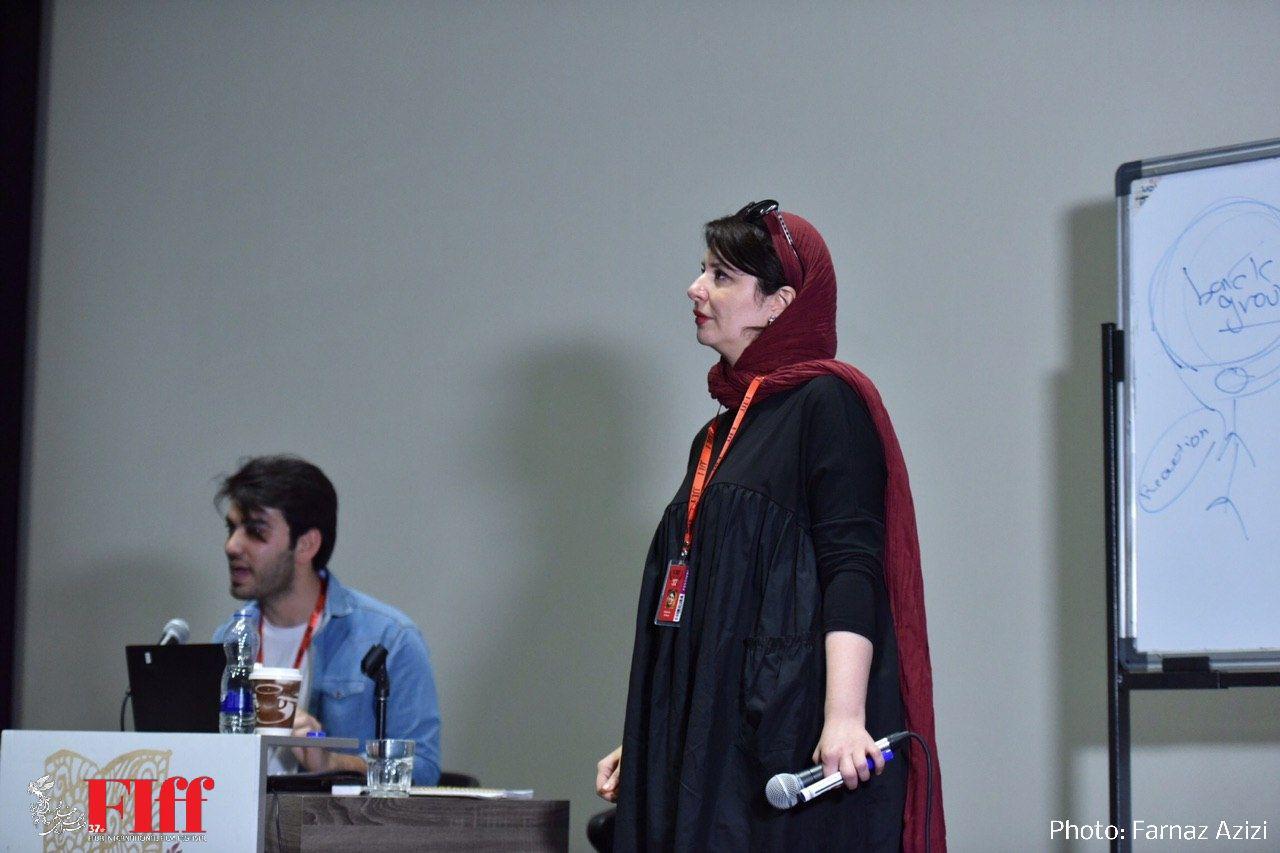 Iranian screenwriter Naghmeh Samini had a screenwriting workshop on the first day of the 37th Fajr International Film Festival. The one-day class laid emphasis on the importance of creating characters and characterization in movies.

Held at Charsou Cineplex, the Festival’s main venue, national and international students of the workshop called Talent Campus learned in the class how to develop characters when writing a feature length screenplay. The class began with an introductory speech by Talent Campus Director Maziar Miri.

Topics discussed in the class included screenplay and characters in movies. The screenwriter of Shahrzad TV series said: Everything starts with a screenplay. This includes the archetype. However, it is up to the writer to develop this important element of the story, including his or her background. Good screenwriting is really about character, as well as story and structure.

She added: You can use flashbacks to show how your archetype would react to different events in a story. You should create a personal background story too to reveal your character. In order to create a character, the writer must have a character to express. The process of identifying the character inevitably requires an identification with and an awareness of that character. You can also create a character that becomes a monster in the end – the same character that was supposed to kill the monster. A vivid example for this could be the main character in The Taxi Driver. He wants to fight capitalism but becomes a monster himself.

This year, 60 students from Iran and abroad are attending workshops in filmmaking, screenwriting, directing, production and so on.

Presided over by award-winning writer and director Seyyed Reza Mirkarimi, the 37th Fajr International Film Festival is currently underway in Tehran until April 26. For further information, please visit our website at www.fajriff.com.