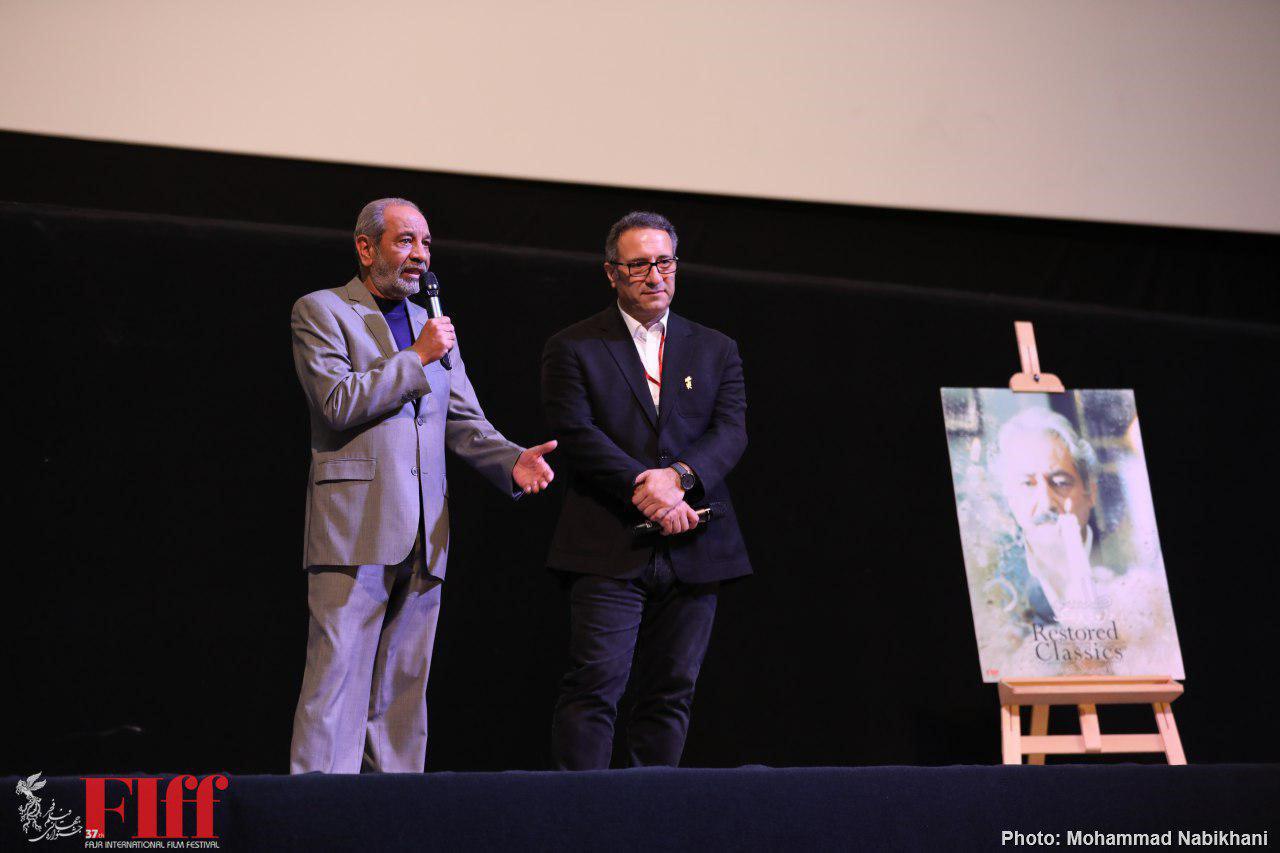 On Sunday, Dariush Farhang’s The Spell (1987) was screened in the Classics Preserved section of the 37th Fajr International Film Festival in Felestin Cinema.

The film had won Simorgh awards for best supporting actor, music score and editing in Fajr Film Fetsival. The talent and crew attended the screening session along with fans and Festival organizers.

Addressing the audience, Head of Festival Club Shadmehr Rastin referred to The Spell as a successful movie of its time, saying it was the first film that Festival Director Seyyed Reza Mirkarimi and his wife went to see in cinema.

Mirkarimi said Classics Preserved is one of the most popular sections of Festival, adding that the program is run in collaboration with the Iranian Film Archive.

Director Farhang referred to The Spell as his debut movie, which did everything to go by the rules in classic cinema. He paid tributes to the late music composer of the film Babak Bayat, editor Rouhollah Emami, and sound recordist Roubik Mansouri.