Deborah Young: Discrimination Against Women in the West Rampant 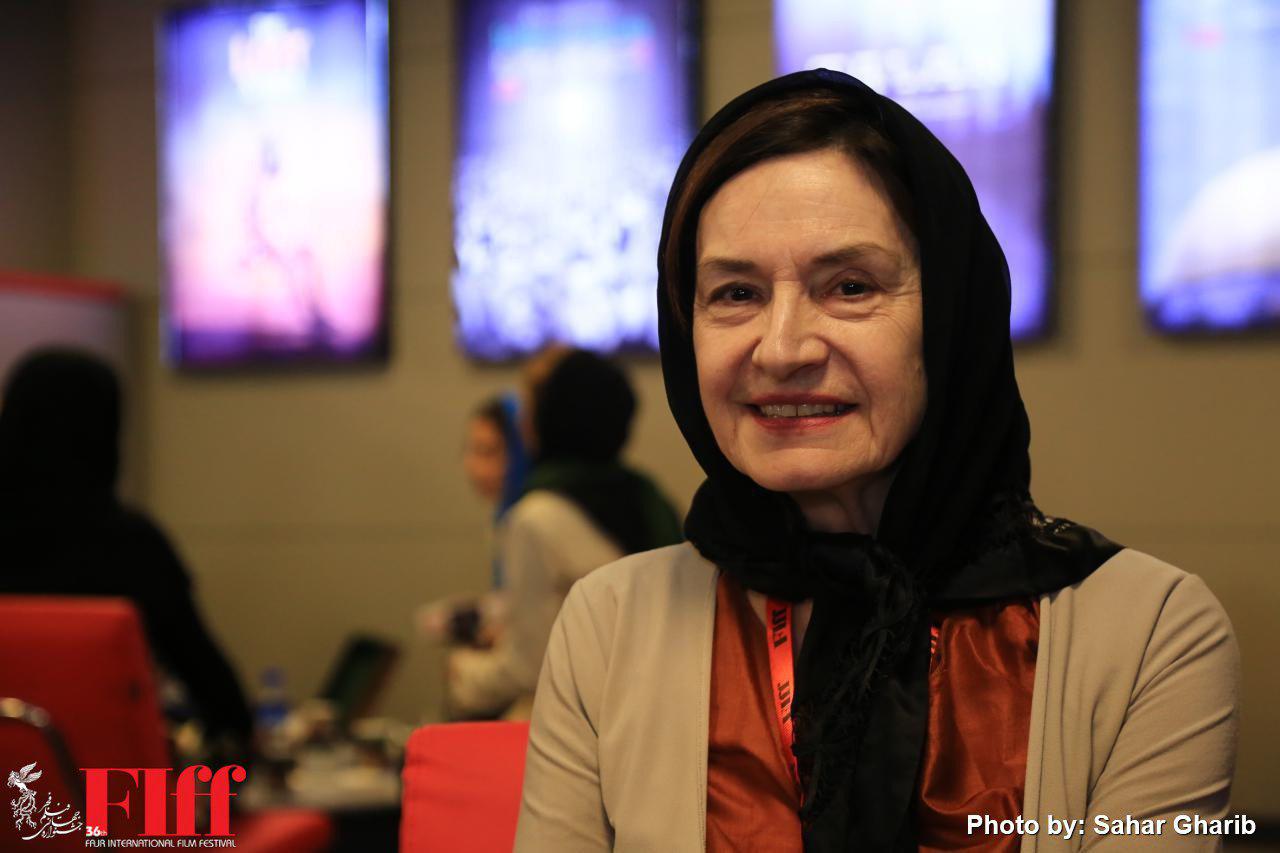 American film critic Deborah Young is a special guest of this year’s Fajr International Film Festival. She is the international film editor of the Hollywood Reporter magazine and website.

In an exclusive interview with the Press Office of Fajr, she talks about contemporary Iranian filmmakers and more:

I’m satisfied that there are interesting films here to review, and I’m also very happy that some of these films are by directors I know for years like Bahman Farmanara which I saw his film Tale of the Sea. And there are other films by people who I don’t know at all and who are maybe brand-new directors. I just never happen to see their movies like for example there is a documentary called The Grand Lady of Iran about the wife of Imam Khomeini and it was very interesting. That’s the reason. I’ve come to Iran to learn something that you can’t learn when you go to festivals like Cannes, Toronto, and Venice.

Because you really get a sense of culture and history. I think without cultural and historical background, you can only review a very shallow and superficial way. But if you have a chance to meet the people, talk to the people, go to the museum, maybe at least become interested into the way of life. The films mean so much more and I feel that my work, I’ve been reviewing Iranian films for 25 years, a long time with a great deal help of Farabi Cinema Foundation who showed me some of the classics. They showed me a lot of classic films at the very beginning and over the course of the years I’ve become much more sophisticated in my ability to review the movie.

Hollywood Reporter is a very influential film magazine and website in the world. You have a key role there too. How did you come to know Kiarostami?

I have so many memories. I think I met Abbas Kiarostami probably the first time I came to Iran. It was in 1990’s. He was making a film for Institute for the Intellectual Development of Children and Young Adults. I remember seen his early films such as in classics now. I talked to him. I really had no idea who he was – a kind of at the beginning of his career. We talked about movies and all those things. I think it was special.

I have to say I began watching Asghar Farhadi’s film with Fireworks Wednesday.  I intensively realized this was a very exciting way of filmmaking. Far more in depth that other contemporary filmmakers who is doing movies. So, my memories kind of began from that point and I’ve gone on watching and reviewing all of his movies so far. As he just became more and more interesting. I think The Separation is my favorite.

Why is he so popular in the West?

He is very communicative since he is basically a theatre director who became film director. He still used a lot of theatrical techniques like rehearsing with actors. He concentrates on the actors a lot. He concentrates on every line of dialogue. He is working, in a way, like a very good Western director. That’s why I’ve understand his works. Every word counts, every look, every way of dressing, the set designs. And he is just a very modern director.

I think if you had to choose a country from the Middle East to explore, Iran is the best place to begin, because contemporary directors are building on a body of works that’s the most sophisticated in any country. I also follow Egyptian cinema a lot, and of course some countries like Tunisia and Syria. But Iran has its own culture. The contemporary filmmakers are going forward. Many of them seem to me a copy of Asghar Farhadi. That’s one problem. I guess in the future they will try to be more original.

Anything to say about Harvey Weinstein’s scandal?

I’m so happy that women speak out finally. They are not afraid to stand up for themselves. Because in the West there is so much discrimination against women in every field. I think that we are watching something that’s comparable to the 60’s movement. But it’s going to put us to a different position and I think that after women stand up for themselves, they can ask for equal pay which is extremely important. You know I’m just very impressed by the number of woman directors who are working today, and even in Iran, there are woman directors, which is unbelievable. They do a wonderful work.