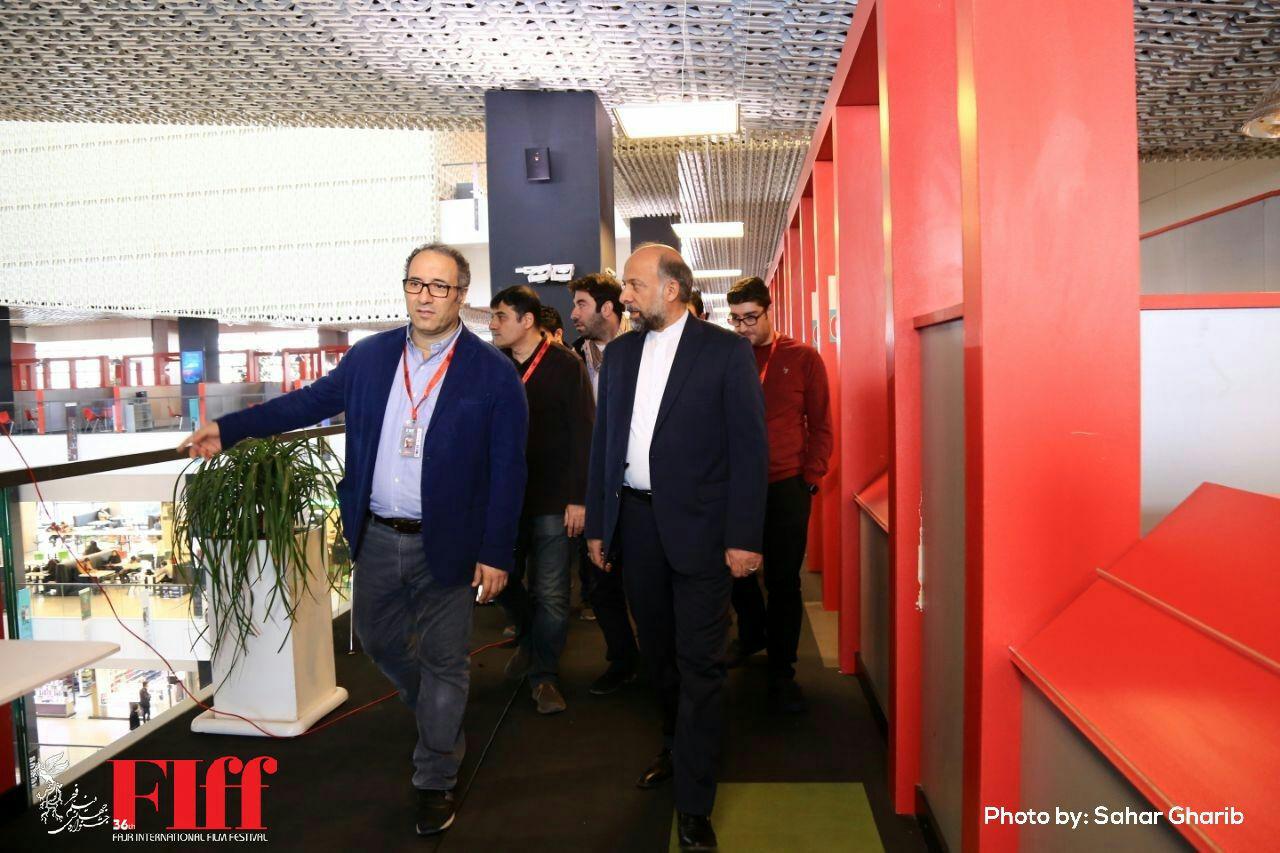 Head of Iranian Organization of Cinema says the comprehensive policies and programs of Fajr International Film Festival are in line with those of the Comprehensive National Program of Iranian Cinema. Mohammad Mehdi Heydarian also says FIFF requires regular financial expenditure to maintain and the good news is that the festival’s  leadership has turned its expenditures into assets.

During an official visit to the Charsou Cineplex Tuesday, Deputy Culture Minister Heydarian lauded efforts put in place by FIFF Director Reza Mirkarimi and his team for organizing this year’s event, noting that ‘they never strayed from the main goals and cultural programs of the Culture Ministry.’

He touched upon the importance of having long-term cultural policies and plans, and added: Culture is formed and shaped through the passage of time. The festival needs long-term programs and goals as it plays a vital role in promoting Iranian culture overseas.

He argued that FIFF has two special characteristics: Fixed programs and goals and goal-oriented practices and efforts toward those goals – all while working in favour of Iranian movie industry overseas: The festival’s programs are much better and far more interesting that those of previous years. New sections and events have been added to the main event this year which makes it even more encouraging.

On the festival’s management practices, Heydarian said: Mirkarimi is a world-known film director and the festival has been around since 1989. He has a proven track record in management and has made films that have gone on to win international awards the world over. He understands film and what the festival needs and moves in that direction – the objectives the Culture Ministry officials always have in mind. I saw it with my own eyes that the festival has made some excellent progress this year. It is now the region’s most popular and influential film event in terms of attendance.

Elsewhere in his remarks, the deputy culture minister said the organizers have turned the festival’s expenditures into assets: This is important for the Culture Ministry. It’s easy to spend but harder to turn your costs into real assets. This is what the organizers of FIFF have done. Fajr has established itself as the most influential film festival in the region because it continues to adhere to its long-term policies and goals.

According to Deputy Culture Minister Heydarian, countries use culture in foreign policy and for global influence. Countries that command cultural influence are often more successful in international affairs as trendsetters. Their cultural products are absorbed by other cultures, becoming part of a wider global conversation. Iran has a host of foreign policy goals and to attain those goals it has to use its cultural products – such as film and art. We can show the real Iran through our cultural products. We cannot even manage our own domestic affairs if we fail to have an influential culture, that is prestigious, trendy and global.

In conclusion, the official said: We need to have a greater presence in international affairs and we can only do this through cultural influence. We don’t need to attend international events. We can hold them over here and invite foreign guests – same as the organizers of Fajr International Film Festival have been doing for years. The plus point is that when our international guests return to their home countries, they become our cultural ambassadors.

Presided over by writer-director Reza Mirkarimi, the 36th edition of Fajr International Film Festival is being held in Tehran on April 19-27. The festival is busy welcoming over 300 special guests, ranging from filmmakers to screenwriters, actors to activists. A host of A-listers are attending, including legendary Italian actor Franco Nero and influential American film director Oliver Stone.