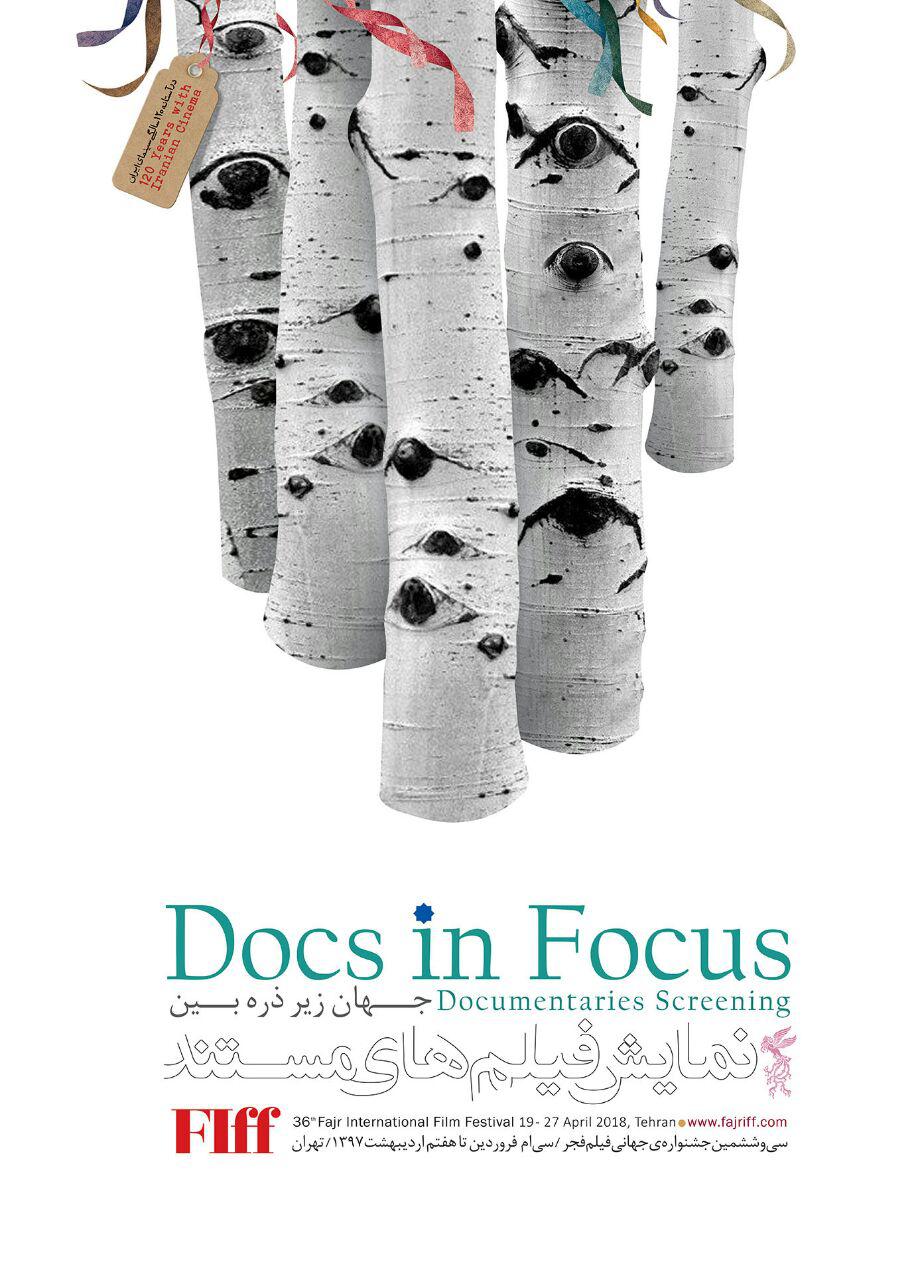 The 2018 Fajr International Film Festival has announced the names of movies playing in its Docs in Focus program. According to the Secretariat of the annual event, movies from Czech, Australia, Switzerland, Spain, UK, Turkey, Ukraine and Poland are competing.

Helena Trestíková from Prague has filmed marriage stories since the early 1980s, which yielded several long-term documentaries. Ivana and Václav’s holy bond of matrimony is the subject of observation in this instalment, which takes us from the day before wedding day to the present day. At the time, in December 1980, Ivana was 21 years old and Václav 24. They were both studying architecture and married “because we like each other. And other things. Things we shouldn’t talk about.” Their first child was born shortly after the wedding: Honza.

Trestíková’s film René won the Golden Dove in Leipzig in 2008; a piece about a hopeless but charming amoralist who was drawn again and again to the same place: prison. It seems as if she, too, is attracted by certain places, but even more so by people and the way they try to give their life a meaningful direction. This marriage story, for example, reveals an incredible desire for enlargement and growth that shows in an accumulation of objects, children and responsibilities.

René, winner of the Golden Dove in Leipzig in 2008

Helena Trestíková is a Czech documentary film director, member of the European Film Academy, and briefly the Czech Republic’s Culture Minister. She resigned from the position in January 2007 after serving less than three weeks.

Blue is a feature documentary film charting the drastic decline in the health of our oceans. With more than half of all marine life lost and the expansion of the industrialization of the seas, the film sets out the challenges we are facing and the opportunities for positive change.  Filmed on location in Australia, Hawaii, the South Pacific, the Philippines and Indonesia BLUE changes the way we think about our liquid world and inspires the audience to action.

Growing up on the Northern Beaches of Sydney, Karina Holden studied science at Sydney University and then completed a Postgraduate degree in Conservation Biology from University of Queensland. At the age of 23, Karina joined the Natural History Unit of the ABC where she worked for the next 7 years on blue chip wildlife documentaries as a researcher and eventually as a producer. Returning to Australia, Karina continued making documentaries in many genres including wildlife, science and anthropology. In 2010, Karina took the job of commissioning editor of science and natural history at ABC TV. She oversaw the production of 150 hours of factual content before the desk job became wearisome and the wilderness called her back. Her role as Head of Factual at Northern Pictures has allowed her to oversee content creation for broadcast series as well as director her own films.

Drawing inspiration from his personal encounter with the Italian refugee child Giovanna during World War II, Markus Imhoof tells how refugees and migrants are treated today: on the Mediterranean Sea, in Lebanon, in Italy, in Germany, and in Switzerland.

Markus Imhoof was born in 1941 in Winterthur, Switzerland. Secondary school in Winterthur, studies in German, History of the Arts and History in Zurich. In 1996, he founded the Markus Imhoof Film GmbH and the Fl.im.Pa. Filmproduktion AG, together with Pierre-Alain Meier and Thomas Koerfer of Frenetic Films AG. He is host lecturer at Film School Milano, Film Academy Berlin, and Film University Zurich.

Barely visible among the dunes, a group of men live in their huts facing the sea, ignorant of the legends about an ancient and splendid city buried beneath the sands on which they stand.

Manuel Muñoz Rivas was born in Seville, Spain, in 1978. He studied Communication Studies before enrolling at the EICTV, the International Film School of San Antonio De Los Baños, Cuba. In addition to being a filmmaker, Manuel Muños Rivas works as an editor and also teaches at film schools. His films: Sendero (2008), Con El Viento (With the Wind, 2009), Pájaro (2014), El Mar Nos Mira De Lejos (The Sea Stares at Us from Afar, 2017).

Sea Sorrow marks Vanessa Redgrave’s debut as a film director and is a very personal, dynamic meditation on the current global refugee crisis through the eyes and voices of campaigners and children mixing past and present, documentary and drama in its reflection on the importance of human rights.

Vanessa Redgrave CBE (born 30 January 1937) is an English actress of stage, screen and television, and a political activist. She is a 2003 American Theatre Hall of Fame inductee and received the 2010 BAFTA Fellowship. Redgrave was proclaimed by Arthur Miller and Tennessee Williams as “the greatest living actress of our times”, and has won the Oscar, Emmy, Tony, BAFTA, Olivier, Cannes, Golden Globe, and the Screen Actors Guild awards.

They come at night. Everyone steps out of their homes. They light torches and remember those who have walked these streets before them. In the next few hours, the city is on lockdown and an eclipse appears. At night, meteors start to fall. Blending documentary filmmaking and political commentary, and connecting the earthly to the cosmos, Meteors is a film about memory and disappearance – of people, places and things.

Born in Izmir in 1973, Gürcan Keltek studied film at DEU Fine Arts before directing several shorts and videos. His short, Overtime (2012), was selected for screening at several festivals including Visions Du Réel and DOK Leipzig, while his medium-length Colony (2015) screened at FID Marseille. Meteors is his first feature film.

In 1930, in the capital city of Kharkiv, with the approval of Stalin, specifically for Ukrainian writers the Slovo house is built. Sixty-four comfortable apartments, a dining room, a solarium and service staff – real paradise for the creators of literature. However, this paradise is fitted with a special surveillance system and a network of agents, through which the authors are kept under control. Some writers are even reported by their own wives-agents.

Ola, a 14-year-old girl, takes care of her dysfunctional father, autistic brother, and a mother who doesn’t live with them and tries to reunite the family.

Anna Zamecka lives and works in Warsaw, Poland. She studies journalism, anthropology and photography in the capital as well as in Copenhagen and completes the Dok Pro Documentary Programme at the Wajda School. Communion (2016) is her feature debut.