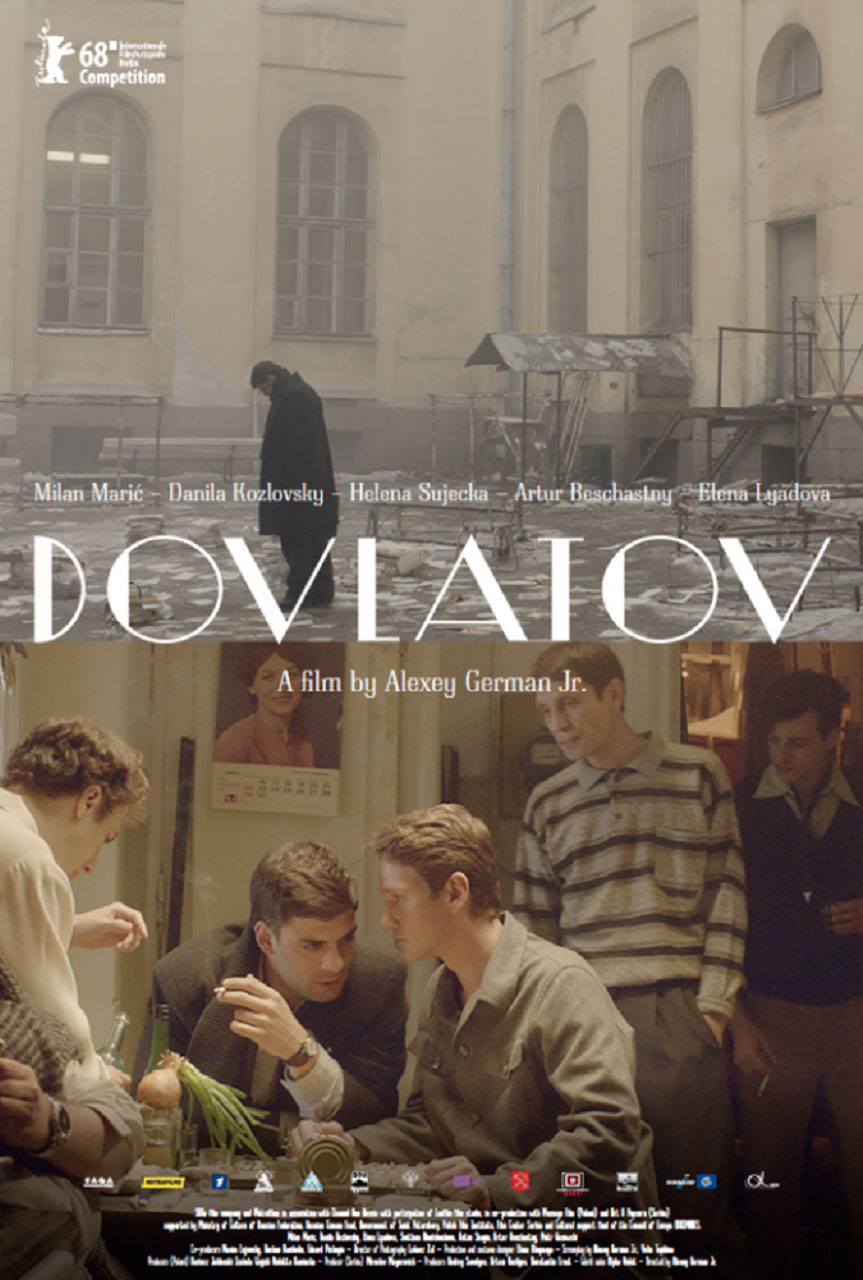 Dovlatov, a 2018 Russian biographical film about writer Sergey Dovlatov, directed by Aleksey German and starring Milan Maric and Danila Kozlovsky, is one of the movies competing for the top award at the International Section of Fajr International Film Festival 2018.

Dovlatov premiered at the 2018 Berlin International Film Festival in competition on the 17th of February, where it won the Silver Bear for Outstanding Artistic Contribution.

What’s more the film’s director and production designer Elena Okopnaya will also hold workshops on the sidelines of the main annual event. Prior to the screening of their movie, the duo will have a Q&A session with viewers at the Festival Palace as well.

Aleksey Alekseivich German (born September 4, 1976) is a Russian film director. His last name is pronounced with a hard “g” and in English is sometimes spelled Guerman or Gherman to avoid confusion.

Aleksey German is a son of famous Soviet and Russia film editor Aleksey Yuryevich German (hence in Russia he is often called “Aleksey German-junior”) and a screenwriter Svetlana Igorevna Karmalita; he is a grandson of a writer Yuri German. He finished Gerasimov Institute of Cinematography in 2001 and worked on “Lenfilm” film studio. His film, Under Electric Clouds, was screened in the main competition section of the 65th Berlin International Film Festival and earned him the award for Achievement in Directing at the Asia Pacific Screen Awards in 2015. The film tells about a few days in the life of writer Sergei Dovlatov (Milan Maric) in 1971 Leningrad, on the eve of the emigration of his friend, the future Nobel laureate Joseph Brodsky (Artur Beschastny). Sergei is determined to stay and lead a normal life with his wife Elena (Helena Sujecka) and daughter Katya (Eva Herr). Dovlatov’s manuscripts are regularly rejected by the official media as his point of view is deemed undesirable. His friend is artist David (Danila Kozlovsky), a Fartsovshchik who sells foreign goods on the black market. During this time Sergei tries to buy his daughter a German doll but is not able to find one anywhere.

For all festival goers who are already planning their visit, check screening time and other information at www.fajriff.com, or email us at info@fajriff.com. Presided over by Iranian film writer and director Reza Mirkarimi, the 36th edition of Fajr International Film Festival will be held in Tehran on April 19-27.