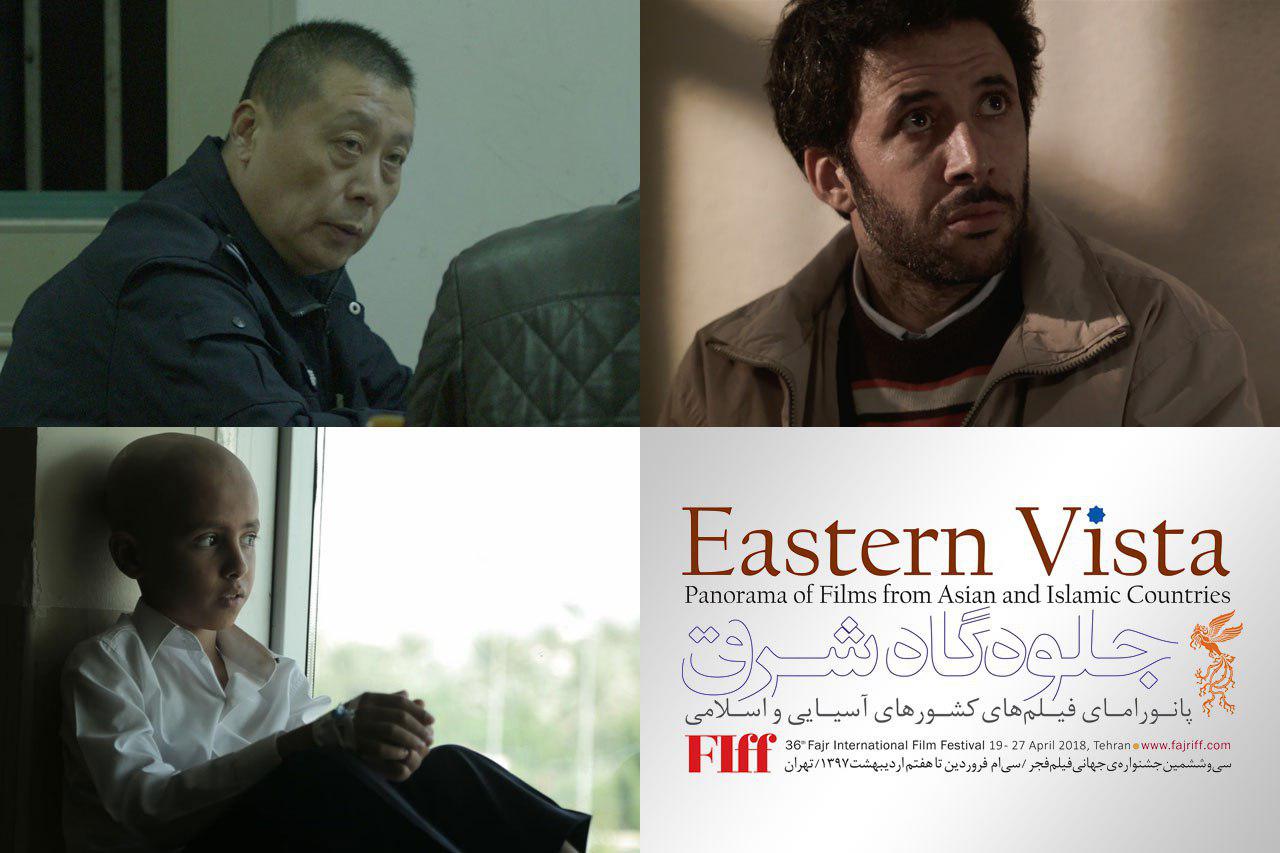 Fajr International Film Festival has announced the names of short films that will compete in the Eastern Vista category: Panorama of Films from Asian and Islamic Countries.

China, Lebanon, Japan, Turkey, Georgia, Kazakhstan, Kuwait, Syria, Netherlands, and France are the countries to participate at the 36th edition of the festival. The international version of the Fajr festival is to start in the Iranian capital city of Tehran on April 19, and last until April 27. The names of Iranian short films competing in the Eastern Vista category will be announced later.

Here are all the short titles screening:

In a nameless Chinese city, a mother with her daughter missing, refuses to go gently into this good night.

Qiu Yang was born and raised in Changzhou, China. He studied film directing at the Victorian College of the Arts in Australia. His short film A Gentle Night was awarded the Short Film Palme d’Or at the 70th Festival de Cannes. He became the first ever Chinese director to receive this award. In 2015, his short Under the Sun was selected for the 68th Festival de Cannes Cinéfondation Competition. He was also a participant of Golden Horse Film Academy, Locarno Filmmakers Academy and Berlinale Talents.

Hang makes a deal with a mob leader to murder a monk who tries to influence Hang to reconsider his actions. Through the monk, Hang realises that both of them will soon share a similar karma, that will make them suffer, one after another.

Ziwei Yao was graduated from the City College of New York. Prior to graduation, Ziwei went into the minefields at the Chinese – Vietnamese border to shoot a documentary. Later that year, Ziwei was selected to receive the BAFTA New York Scholarship. At the moment, Ziwei is writing a feature-length film for independent production in the near future. His film-making will mainly focus on how Chinese diaspora live under various communities around the world.

After facing the atrocities of the war, Yazan, a Syrian refugee child tries to return home in search of his family.

Fatma Racha Shehadeh was born in 1994 in Los Angeles to a Lebanese mother and a Palestinian father. She grew up in Tripoli, Lebanon and moved to LAU – Byblos in 2012 where she graduated with a BA in Communication Arts (TV/FILM) in 2015. She wrote and directed her first film, Zikra, as her senior project at LAU. It achieved several awards and was screened at the Cannes Film Festival Short Corner in 2016. Soon after that, she directed the short film, Inked, in 48-hours for the 48-hour film competition. She is currently pursuing her masters in Cinematography.

A man who broke up with his wife was unable to forget her. One day, during his work as a marketing research, he reunites with his wife over the monitor.

It is a cold winter night in a village clinic in Anatolia. A little girl who was forced to marry by her family escapes and takes refuge in the forest. She wants to commit suicide with a shotgun but she cannot do it. In the morning, foresters find the injured bride. They take her to the village clinic. In the same night, Ismail is in the village clinic with his pregnant wife who soon gives birth to a baby girl.

The head of the family is negative about the way his children live and blames his wife for it. But today something is going to happen and it will bond the whole family and make daddy proud.

Nurlan Sharipov was born in Kazakhstan in 1968. He began making film in 2017.

In the magic forest, it is dark and cold; the fog so thick that not a single ray of sunlight shines through. The plants are withered and the lakes frozen, with nothing stirring anymore. A lonely girl and a deer are wandering through this icy landscape. What are they looking for? Natia Nikolashvili has created a fantastical world as backdrop for a tale as fascinating and enigmatic as a dream, in atmospheric water colour.

A short film about an extra actor’s life. His struggle and his dream is to become a real actor.

Abdulaziz Kadhem Mohsen Qasem Alballam was born in 1991 in Salwa, Kuwait. Student at the higher education of dramatic arts in Kuwait, he aspires to be a director. At first, Abdulaziz was interested in sports. He made his first short film Step to PK.

Syrian filmmaker Bassam Chekhes’s tale of nine-year-old twin brothers investigates the mystical bond that forms between the close siblings. Ibrahim lives alone in the forest. Every day, he waits for his twin brother Abdulla to bring him food and water. One day they switch places, so Ibrahim can wander, for the first time, through the blue fly road.

Bassam Chekhes was born in Syria and moved to the Netherlands, where he studied Audio-Visual Art and graduated from Gerrit Rietveld Academy in Amsterdam. He has shot, directed and produced a dozen short films and collaborated on several projects with other artists and filmmakers.

It’s the story of two brothers having a tough time dealing with cancer.

Ratan is an incorrigible and aimless rough sleeper; who rambles through an entire day to buy one mango. The only money he has today is 9 rupees.

Venika Mitra began his career in film as assistant director. His movie is winner of Diversity in Cannes Short Film Festival 2017.

Previously dedicated to her job at a soon-to-close gas station, the subject devotes her last night work to some questionable acts, thereby reflecting the increasingly anarchic nature of the society around her.

Carlo Francisco Manatad is known for his work on Fatima Marie Torres, The Invasion of Space Shuttle Pinas 25 (2017), Ordinary People (2016), and Jodilerks Dela Cruz, Employee of the Month (2017).