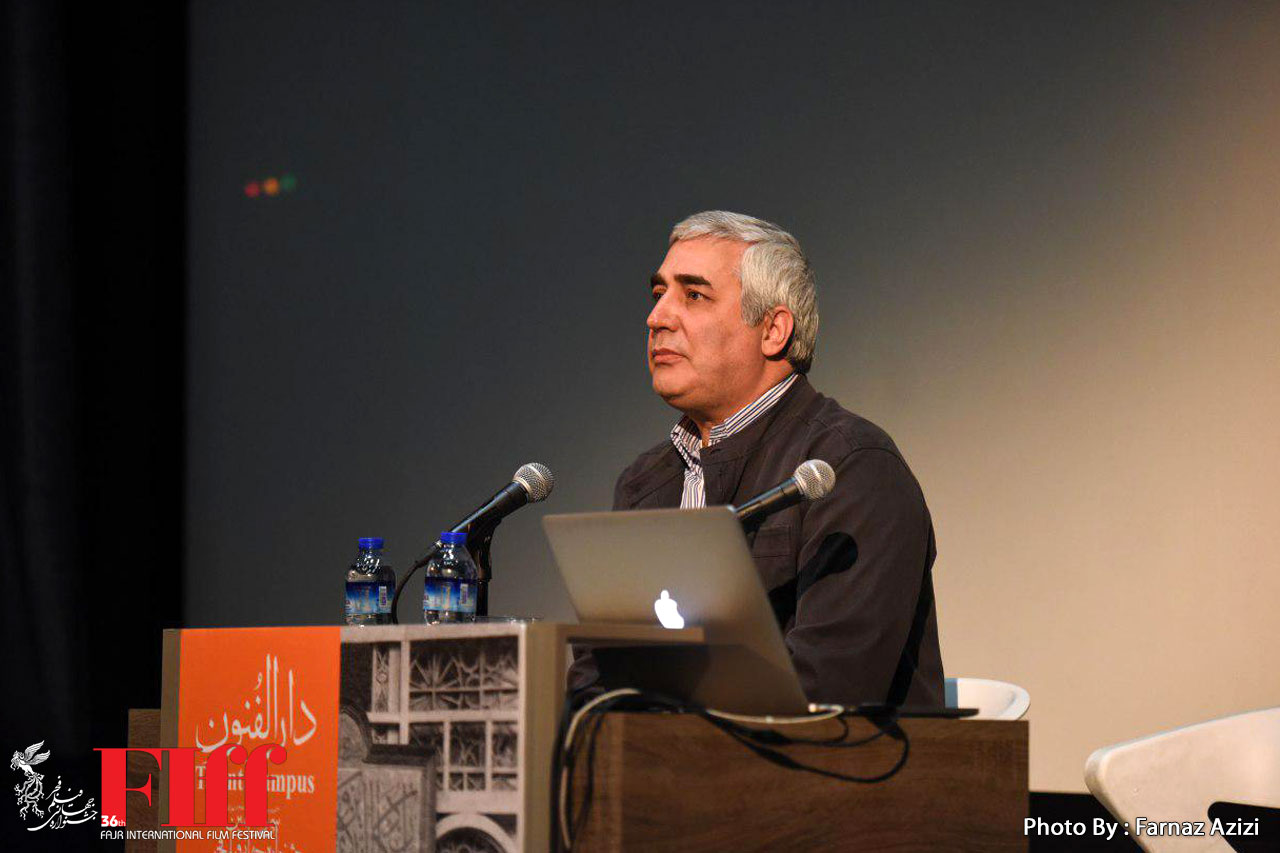 Iranian filmmaker Ebrahim Hatamikia had a workshop on directing in the Talent Campus of 2018 Fajr Filmfest.

Speaking Sunday at the one-day workshop in Charsou Cineplex, he recommended his students use conceptual design when making movies in order to create a coherent point. In his words, a cinematographer should visualize and see it out that the right visual patterns are followed to create the desired effect.

Hatamikia said once your screenplay is ready and you have a big-budget movie to shoot, it is important for you as director to visualize your screenplay beforehand. You should sketch your visual story on paper as well.

Elsewhere, the award-winning director talked about visualization in Iranian cinema: One of the greatest qualities of Iranian filmmakers is that they are adaptable. They can easily adapt themselves to the environment and the situation on the ground. This phenomenon is the characteristic of a realist cinema. Iranian cinema has made it big in realism. However, when a commercial movie is made, the production crew needs to know in advance what they are dealing with and whether they are prepared.

In Conclusion, Hatamikia said a film director should also sketch his visualizations on paper:  Further, he should adhere to the crucial stage of conceptualizing everything. The thing is, they are yet to do so. Cinematography is the arrangement of all the visual elements used in a film. Great cinematography is about understanding what visual cues work together to create emotional responses and invoke feelings in viewers.