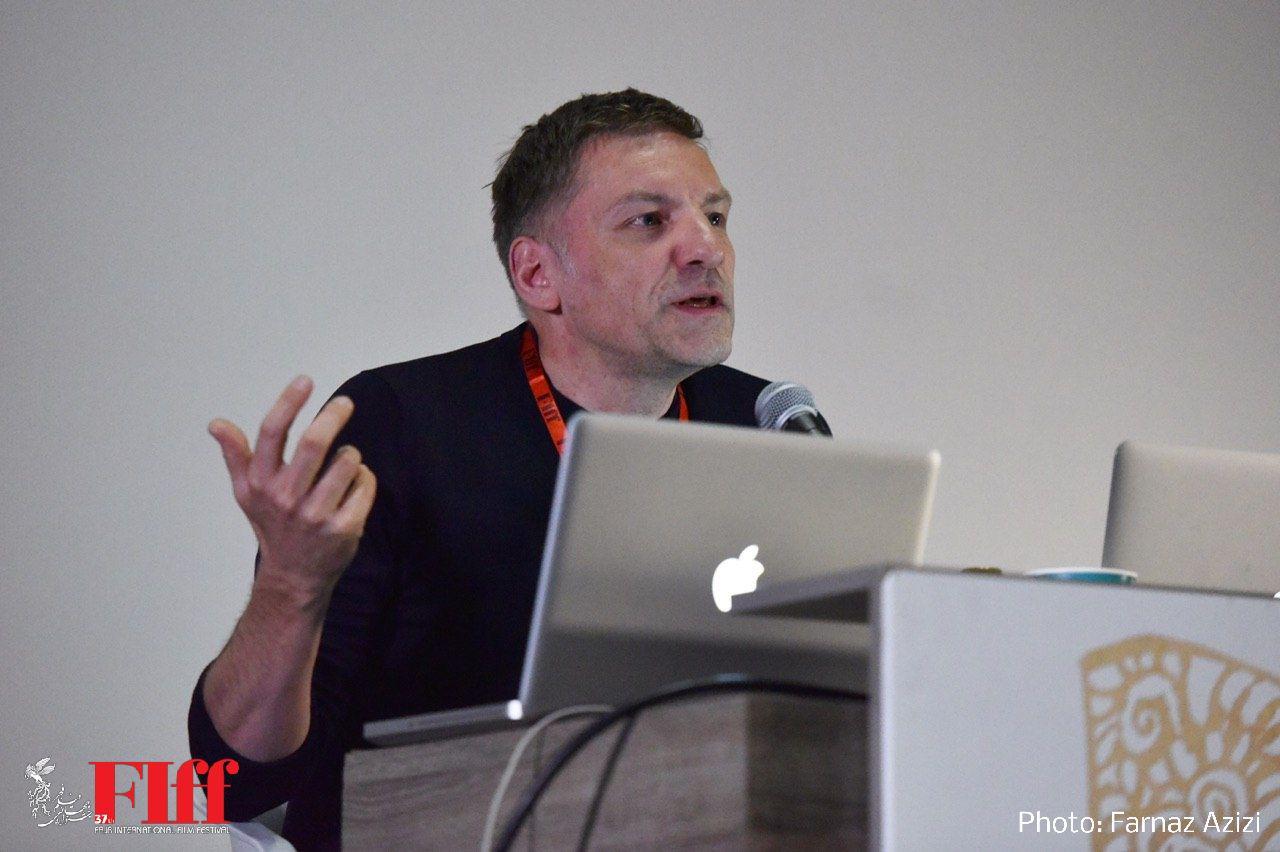 German editor Hansjorg Weissbrich had an editing workshop in Charsou Cineplex on Monday.

Hansjörg Weissbrich, has contributed to more than sixty films since 1995 including Storm, Distant Lights, Trade, Colonia, and Night Train to Lisbon.

His one-day workshop was designed to serve the needs of students from a wide array of professional, personal and educational backgrounds. For students contemplating a longer-term education in editing or a career in the industry, it was an excellent introduction to the field. The workshop gave them a theoretical toolset for approaching different projects.

Speaking to his students, Weissbrich said unlike the film editing of old, digital video editing allows for both a faster and more creative process: You can take all of the raw footage and organize them on one, convenient computer timeline. You can also go back anytime you like to re-edit your rough cut, without losing any clip.

According to Weissbrich, a good editor should keep the communication channel open with his director to discuss elements and parameters in the film: Editors don’t make too much money in Germany. They learn the craft through practice, which means you need to depend on yourself to master the craft. You should also take academic courses in editing.

The German editor urged his students to watch as many films as possible, and then analyze and study them carefully: Build different versions of the same film through cuts. Compare them and fight for the final cut you think is right for screening. Show them to your friends and family and get their feedbacks.

In conclusion, Weissbrich talked about different cuts in editing, including standard, jump cut, and cutting on action. He said if your goal is to master the art of editing, you’re going to need to know the essential cuts to use when editing a film or video. But keep in mind that you can use these same cuts in any editing session, be it narrative, documentary, commercial, industrial, or even animation.