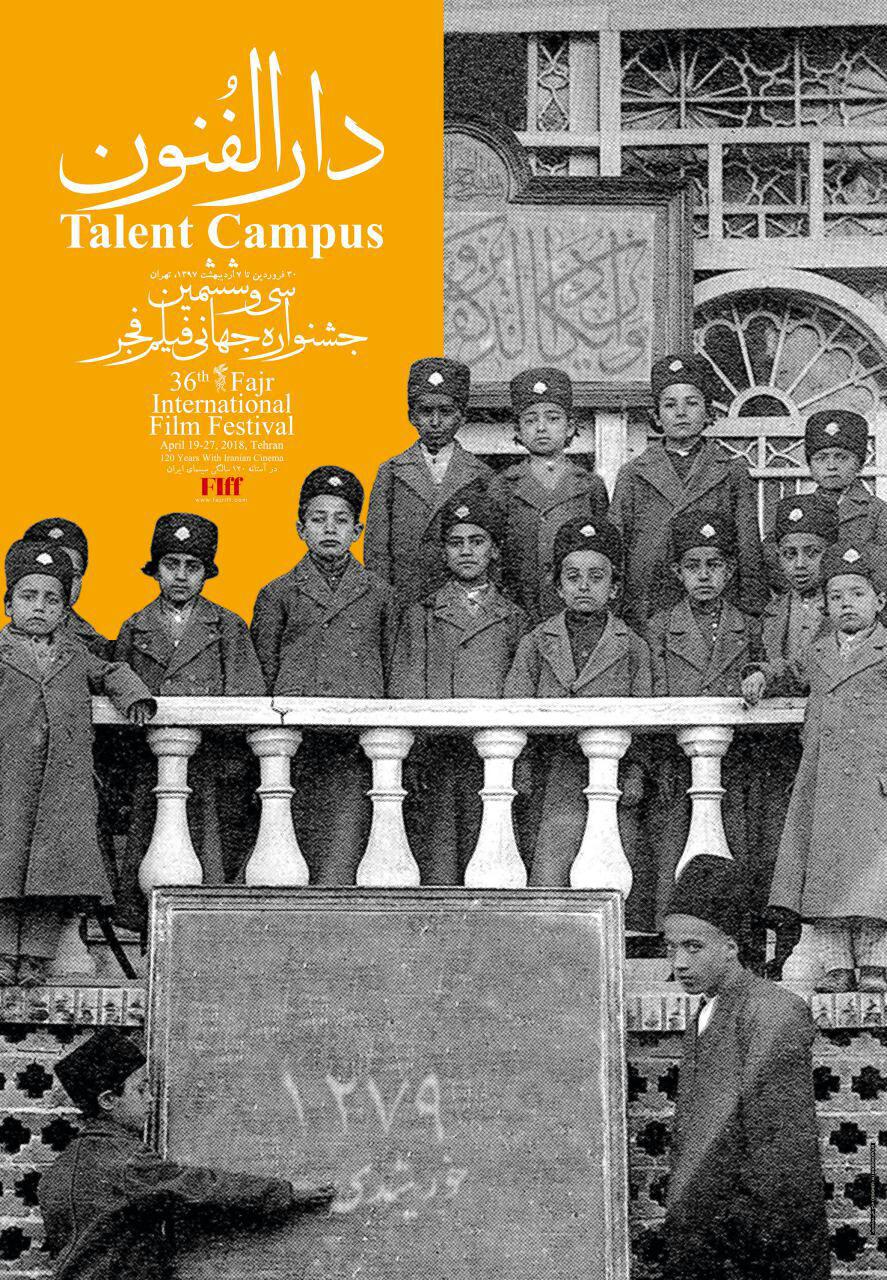 This year, 55 students from 31 countries as well as 55 students from Iran have been selected to attend the seven days of internationally acclaimed workshops and stimulating discussions about filmmaking, acting, screenwriting, and more.

Stating the above, Miri says the main goals of the workshops include turning the Festival into a major cultural and academic affair in the region. As per plan, this part is presented to spot new film talent in Iran and the broader region.

According to Miri, there are several training workshops this year, with 32 countries and 110 students attending for a period of one week: The students are under 27, fluent in English, and have made at least one short movie. This year’s students are 55 Iranian and 55 foreign nationals. They all come from top universities and prestigious film schools, with hands-on experience in filmmaking. They have been selected to attend the Talent Campus by a committee of directors and academics. Four top students of this year’s series will get the chance to make their own short films sponsored by the Festival.

He goes on to explain that there were 98 applicants from 55 countries with 200 from Iran. After two months, a total of 110 were selected to attend the workshops, including screenwriting classes (three classes a day for a period of four days with film screening each day. The last day is the longest day, after which the closing ceremony will be held.

The Talent Campus manager explained that four top students will be selected by teachers, who are mostly top filmmakers, movie critics and scholars from around the globe. They will teach filmmaking techniques. Iranian cinema will also be taught during the weeklong series. This is designed to make optimum use of the international guests and scholars. The winners can then make their short films sponsored by the Festival.

In conclusion, Miri said the workshops will include courses in screenwriting, directing, production, sound recording, cinematography, set design, costumes design, editing, acting and film distribution and marketing. Top students of last year received $3000 in total to make their films. This year’s allocated budget will be announced later.  As always, the workshops will start two days ahead of the official opening of the Festival and finish two days ahead of the closing ceremony. The applicants will have the chance to also watch Festival movies and stay in nearby hotels.