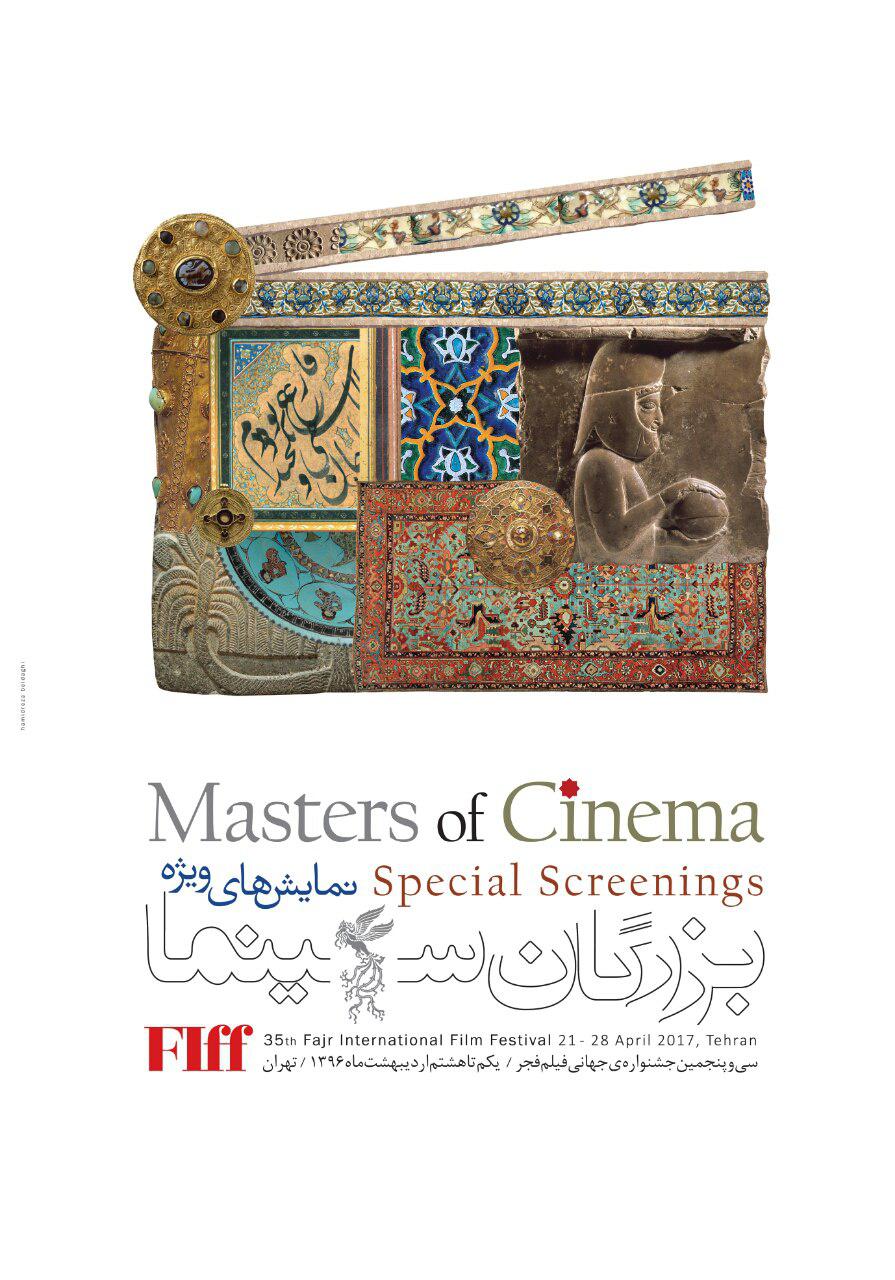 The 35th edition of Fajr International Film Festival has unveiled top movies that will be featured in its Special Screenings (Masters of Cinema) program this year.

The feature-length movies from A-list directors like Terrence Malick, Ken Loach, Andrzej Wajda, Rithy Panh, Catherine Cadou, and François Ozon as well as two Iranian directors Bahman Farmanara and Alireza Davoudnejad will grace this year’s run, which is presided over by Reza Mirkarimi from 21 to 28 April at Charsou Cineplex in Tehran.

Storyline: Filmmaker Terrence Malick examines the origins of the universe, the birth of stars and galaxies, the beginning of life on Earth, and the evolution of diverse species.

Storyline: Daniel Blake (Dave Johns) is a 59-year-old widowed carpenter who must rely on welfare after a recent heart attack leaves him unable to work. Despite his doctor’s diagnosis, British authorities deny Blake’s benefits and tell him to return to his job. As Daniel navigates his way through an agonizing appeal process, he begins to develop a strong bond with a destitute, single mother (Hayley Squires) who’s struggling to take care of her two children.

Storyline: Poland, 1948. With the Communist Party in power, a Minister of Culture is appointed to ensure that all artistic representations are in line with the socialist realism ideology. Because he refuses to change his approach, Wladyslaw Strzeminski, a constructivist painter of international renown, sees his life transformed into hell. His artists’ union card is taken away, he loses his teaching position at the School of Fine Arts in Lodz and his works are removed from museums. Finally, his name is blacklisted, making it impossible for him to find a job.

Storyline: Kurosawa’s Way is a documentary that is intercut with Catherine Cadou’s narration on her own experiences with Kurosawa, and interviews with various directors and archival photographs. The directors’ interviews focus on both philosophical and technical observations of Kurosawa’s films.

Storyline: Romeo Aldea (49), a physician living in a small mountain town in Transylvania, has raised his daughter Eliza with the idea that once she turns 18, she will leave to study and live abroad. His plan is close to succeeding – Eliza has won a scholarship to study psychology in the UK. She just has to pass her final exams – a formality for such a good student. On the day before her first written exam, Eliza is assaulted in an attack that could jeopardize her entire future. Now Romeo has to make a decision.

Storyline: Jenny, a talented doctor, refuses to open the door of her practice to a mysterious late-night caller. The next morning, she learns that the caller was a girl who has been found dead, and the police have no way of identifying her. Shocked and guilt-stricken by the news, Jenny resolves to discover the name of the girl so she will not be buried anonymously and to ensure she doesn’t disappear as if she had never lived.

Story line: An android travels through the galaxy and delivers years-in-wait packages to the last remaining humans.

Storyline: An aging hotel becomes an ideological powder keg during centennial commemorations for the outbreak of the First World War.

Storyline: A German woman (Paula Beer) grieving the death of her lover in World War I is shocked when his grave is visited by a Frenchman (Pierre Niney), who claims he was friends with her beloved before the war. The two bond over their shared connection, but when he returns to France, she decides to follow him in order to understand who he really is.

Storyline: Two ecologists are sent to South America as part of a U.N. investigation into an ecological disaster. They are quickly kidnapped by the villainous CEO of a large company held responsible for the ecological disaster. But when a supervolcano nearby begins to show signs of erupting, they must unite to avoid a disaster.

Storyline: set in a remote mountainous region of the Ktodzko Valley in south-western Poland, where an elderly woman, Janina Duszejko, turns witness to a violent and mysterious death of several hunters. She is convinced she knows who the murderer is, but nobody believes her story. The film plot is based on a novel by the Polish writer, Olga Tokarczuk.

Storyline: Golnar, an 18-year-old girl, leaves her small town for the metropolitan Tehran to take a picture with a Ferrari sports car.