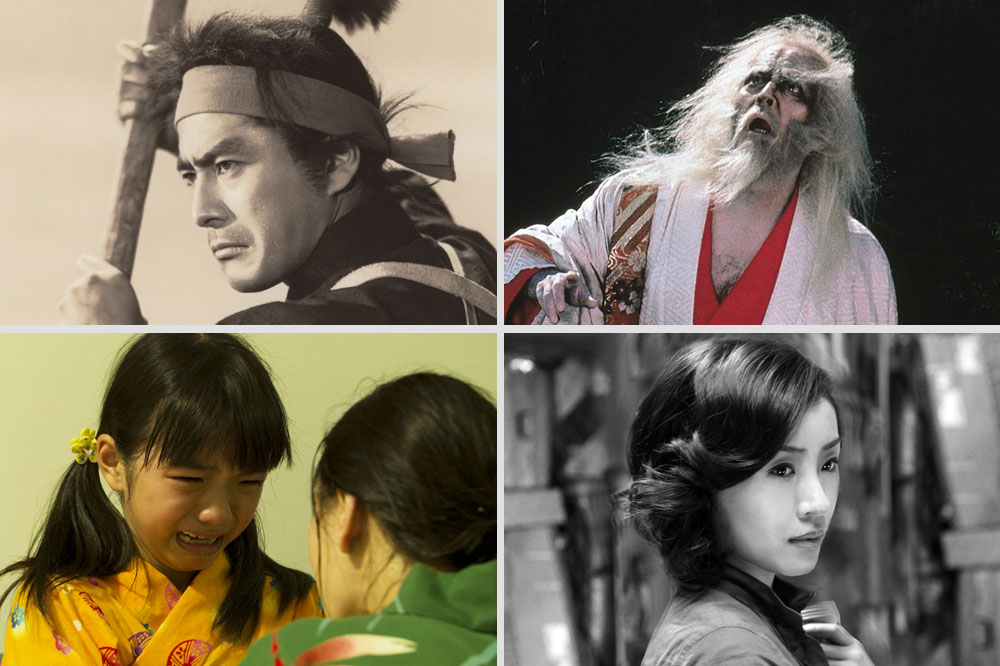 The 35th edition of Fajr International Film Festival has announced the names of Japanese movies screenings.

According to the secretariat of the annual event, Japan is among countries with the highest number of movies screening. Here are all the titles screening:

The Sower (2016) – Eastern Vista program: Panorama of Films from Asian and Islamic Countries

Synopsis: Mitsuo finds happiness by meeting with his brother Yuta and his niece Chie. The next day, Mitsuo takes Chie and his other niece Itsuki to an amusement park. However, Chie kills Itsuki by dropping her on the ground while Mitsuo takes his eyes off them.

Director Profile: Yosuke Takeuchi graduated from Shibaura Institute of Technology in 2000. In 2003 he won the Jury’s Special Award at the exhibition of Academie de Port-Royal. In 2006 he directed short film Segutsu.

Synopsis: Japanese warlord Hidetori Ichimonji decides the time has come to retire and divide his fiefdom among his three sons. His eldest and middle sons – Taro and Jiro – agree with his decision and promise to support him for his remaining days. The youngest son Saburo disagrees with all of them arguing that there is little likelihood the three brothers will remain united. Insulted by his son’s brashness, the warlord banishes Saburo.

Director Profile: Akira Kurosawa (1910-1998) was a Japanese filmmaker. Regarded as one of the most important and influential filmmakers in the history of cinema, Kurosawa directed 30 films in a career spanning 57 years. Kurosawa entered the Japanese film industry in 1936, following a brief stint as a painter. After years of working on numerous films as an assistant director and scriptwriter, he made his debut as a director in 1943, during World War II, with the popular action film Sanshiro Sugata. After the war, the critically acclaimed Drunken Angel (1948), in which Kurosawa cast then-unknown actor Toshiro Mifune in a starring role, cemented the director’s reputation as one of the most important young filmmakers in Japan. The two men would go on to collaborate on another 15 films.

Synopsis: An android travels through the galaxy and delivers years-in-wait packages to the last remaining humans.

Director Profile: Sion Sono (born December 18, 1961) is a Japanese filmmaker, author and poet. Best known on the festival circuit for the film Love Exposure (2008), he has been called the most subversive filmmaker working in Japanese cinema today.

Synopsis: A feature-length documentary about the life and films of legendary actor Toshiro Mifune, weaving together film clips, archival stills, and interviews with such luminaries as Steven Spielberg and Martin Scorsese. Narrated by Keanu Reeves.

Director Profile: Steven Toll Okazaki (born March 12, 1952) is an American filmmaker. He is Sansei Japanese American (3rd generation) and is based in the San Francisco Bay Area. He has received a Peabody Award and been nominated for four Academy Awards, winning an Oscar for the documentary short subject, Days of Waiting: The Life & Art of Estelle Ishigo (1990).

Synopsis: After a traumatic incident, criminal psychologist and former police detective Takakura (Hidetoshi Nishijima) moves to a new neighborhood with his wife Yasuko (Yuko Takeuchi) to make a fresh start. Upon meeting their new neighbors, the Nishinos, Takakura senses something odd about them. Then he is approached by the Nishinos’ daughter, whose shocking whispered confession shatters the serenity of his new life: “That man in my house is not my father… He’s a total stranger.”

Director Profile: Born on July 19th, 1955, Kurosawa worked as an assistant director on Shinji Somai’s Sailor Suit and Machine Gun in 1981 before going on to make his feature directorial debut with Kandagawa Wars in 1983. His 1997 film Cure drew international attention, receiving invitations from film festivals around the world. Subsequent features License to Live (1999) starring Hidetoshi NIishijima won acclaim both at home and abroad, and Pulse (2000) received the FIPRESCI Prize at the 2001 Cannes Film Festival. Japan-Netherlands-Hong Kong co-production Tokyo Sonata (2008) won the Jury Prize in Cannes’ Un Certain Regard section.