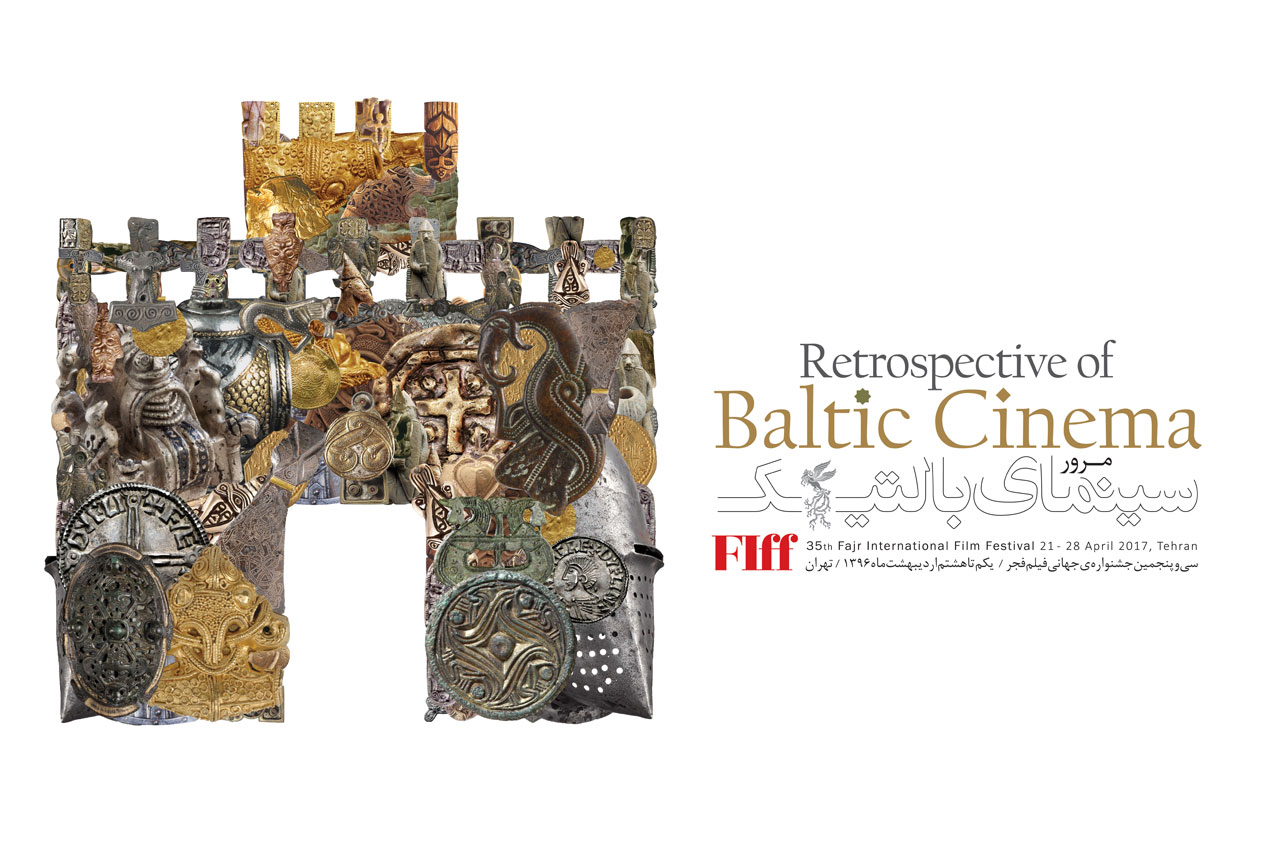 Fajr festival has unveiled the films that will be featured in its Baltic States Cinema program this year.

According to the organizers, seven films will grace this year’s run, which is presided over by Reza Mirkarimi from 21 to 28 April. The titles selected represent a variety of countries deliberately chosen for being outside of the mainstream.

The final year of WWI. A German army surgeon Ulrich is sent to inspect a remote convalescent home for shell-shocked patients. The strange world he encounters in which reality appears more like fiction is quite challenging for his cold rational mind. His fruitless efforts to remodel the place and an unexpected attachment to a mysterious savage boy from the surrounding woods lead Ulrich to discover his one true self. Very soon this turned-out sanctuary will have to make its last stand against the approaching madness of the war.

Davis Simanis Jr. has known film sets since childhood – his father was the distinguished Latvian cinematographer, Davis Simanis. From age 17 he gained practical experience in the various stages of film production. His film directing debut was a documentary dedicated to the 10th anniversary of the restoration of the Latvian National Opera house, Version. LNO (2006), which received the Latvian National Film Award, Lielais Kristaps. The film was followed by several other documentaries –The Draughtsman, Sounds under the Sun (with Gints Grūbe), Valkyrie Limited, and Chronicle of the Last Temple  about the building of the Latvian National Library. His 2014 mockcumentary Escaping Riga is a “true and notice-worthy” story about two exceptional 20th century personalities: film director Sergei Eisenstein and philosopher Isaiah Berlin, both Riga-born and both displaced by WWI, landing in Russia and the UK respectively.

In the early morning of June 14, 1941, under Stalin’s orders, over 40 000 people from Latvia, Estonia and Lithuania were arrested, shoved into cattle cars and dispatched to permanent exile in Siberia. Among them – journalist Melanie and her 8-year-old son Andrejs, forcibly separated from husband and father. In the Siberian village women, ignorant of the fate of their husbands, they are settled in badly built barracks and forced to work like slaves. Melanie keeps herself alive for her son and husband to whom she writes hundreds of love letters that are never sent. After 16 years, Melanie is released and returns to Riga, only to find out that her husband Alexander died in the camps in 1942.

Viestur Kairiss is a Latvian opera, movie and theatre director. He has made a successful career in Latvia and Germany as an acclaimed director of operas. The movies and plays of Kairiss have toured in many European festivals.

Geneva, Switzerland 1935. Europe is struggling to be united as one yet the Woodrow- Wilson’s idea of a united Europe by the means of the League of Nations is being enforced. American missionaries since the 1920’s are trying to introduce the Europeans with the new sport called basketball. The first European Championship in basketball is about to take place. Meanwhile in Latvia, the coach Baumanis is convinced that he can gather the team and take it to Geneva. However, he quickly learns that triumph and defeat are a part of the game.

Director Aigars Grauba was also responsible for the war drama Defenders of Riga, Latvian cinema’s biggest-ever domestic hit, which screened in our 2008 EUFF.

A rookie policeman is left alone in a private clinic to guard a comatose suspect of World War II crimes. His shift is long over, yet nobody comes to replace him. The youngster is determined not to leave his post until he gets permission from his authorities to do so. Lack of sleep, loneliness, hunger and the persistence to serve his duty turn the young man into a ticking time bomb at the very wrong time. He must decide how far he can go guarding this suspect who is hated by everyone.

The story of a 10-year-old girl who escapes from a deportee train and takes a 6000 km long journey back to her homeland.

Lithuanian director Audrius Juzenas is already well-known for his movie Ghetto (2006) – about the attempts of Vilnius Jews to organise a theatre under Nazi occupation – but The Excursionist goes beyond this. Along with the multitude of domestic garlands it’s already received, it’s also picked up a prestigious Nika award (the Russian Oscar equivalent).

Lonely secret service agent Gustav meets a mysterious gypsy woman. It soon comes clear that it is a trap set by the Russian intelligence. Gustav is ordered to continue the relationship to get a better understanding of the enemy’s plans. Unfortunately, Gustav finds himself struggling with the task, as he is falling in love with the enemy.

Risttuules is very emotional and tragic movie about mass deportation to Siberia based on memories of Erna. It all started 14th of June 1941 when trucks came for families with their children where they headed to train station and later by wagons to Siberia.