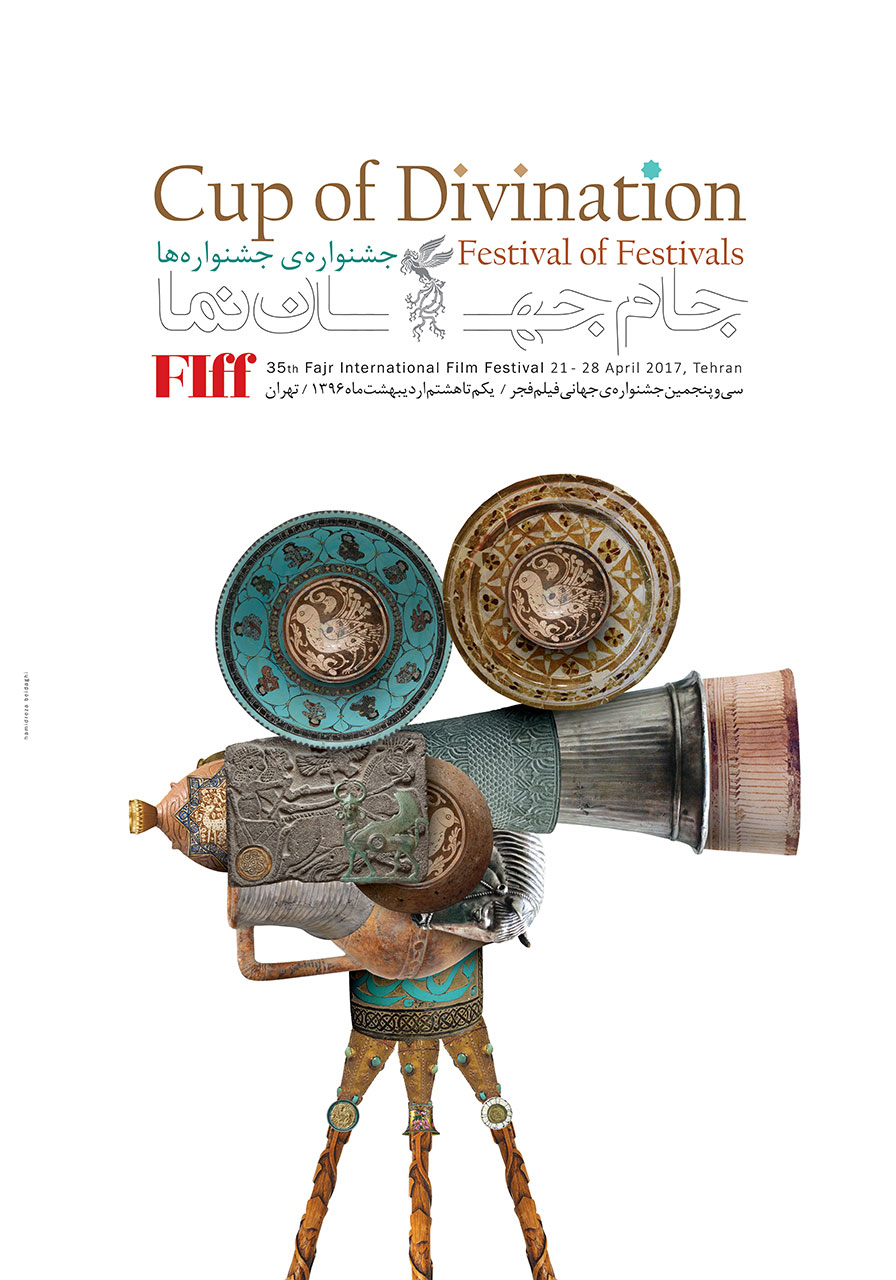 Fajr Film Festival has unveiled the poster and the movies that will be showing at this year’s Festival of Festivals program, entitled Cup of Divination or Jam-e Jahan Nama.

Storyline: The film is set in 1983. Maria Drazdechova becomes a teacher at one suburban school near Bratislava. She starts to use her position to blackmail parents of her students to get benefits from them. Students whose parents disobey are bullied and given bad grades.

Storyline: Shot in stylish black-and-white, this three-act fable, set in wartime Chongqing, focuses on the indifferent rich, the head clerk on a farm, and some young intruders. Based on a 1943 short story, the film is directed by noted screenwriter Mei Feng.

Storyline: Downtown Cairo, 2009. Khalid, a 35-year-old filmmaker is struggling to make a film that captures the soul of his city while facing loss in his own life. With the help of his friends, who send him footage from their lives in Beirut, Baghdad and Berlin, he finds the strength to keep going through the difficulty and beauty of living IN THE LAST DAYS OF THE CITY.

Storyline: A pyromaniac ignites his first fire in a peaceful village. In the weeks to come it is followed by a series of fires, spreading fear in the small community. An inferno lurks under the surface as a local policeman uncovers the unthinkable truth: the pyromaniac is one of the local firemen, and the son of the fire brigade’s chief.

Storyline: While Nicolas III, King of the Belgians, is doing an official visit to Istanbul, a breaking new arrives: Wallonia just declared its independence and so the Belgium doesn’t exist anymore. In order to face the political crisis, Nicolas III decides to quickly come back home, but due to a geomagnetic storm all the flights are blocked.

Storyline: Anselmo, a middle-aged shepherd, lives a modest but happy life in a remote house in the Spanish plains. When he refuses a juicy offer from a construction company planning to build a new residential complex on his property, little does he know that his life is about to be turned upside down.

Storyline: A G8 meeting is being held at a luxury hotel on the German coast. The world’s most powerful economists are gathered to enact important provisions that will deeply influence the world economy. One of the guests is a mysterious Italian monk, invited by Daniel Rochè, the director of the International Monetary Fund. He wants the monk to receive his confession, that night, in secret. The next morning, Rochè is found dead.

Storyline: Irène Frachon, a doctor who lives in the Breton town of Brest, dares to stand up to the French health and pharmaceutical industry, helping to uncover the media scandal surrounding the commercialization of a controversial medicine whose side effects have caused the death of hundreds of people.

Storyline: “Cold of Kalandar” pictures within a unique pastoral atmosphere the realist, passionate and emotional story of Mehmet and his family living far from modern life, in a mountain village.

Self-Criticism of a Bourgeois Dog (2017)

Storyline: A bourgeois dog and former filmmaker confesses how he became four-legged by failing in love, apple-picking and revolution. A political comedy with magic twists.

Storyline: After refusing big and prestigious awards all over the world, Mr. Mantovani, Literature Nobel Prize winner, accepts an invitation to visit his hometown in Argentina, which has been the inspiration for all of his books. It turns out that accepting this invitation is the worse idea of his life.

Storyline: A young German woman bonds with an elderly Japanese woman while touring the Fukushima region of Japan in the aftermath of the 2011 earthquake.

Storyline: Anishoara is a 15–year-old girl, who lives in a beautiful village in Moldova. She grows up without mother and takes care of her little brother Andrei and her alcoholic father Petru.

Storyline: On a trip with his brother, Saroo finds himself alone and trapped in a moving decommissioned passenger train that takes him to Calcutta. Saroo struggles to survive as a street child until he is sent to an orphanage. Soon, Saroo is selected to be adopted by the Brierley family in Tasmania, where he grows up in a loving, prosperous home. However, for all his material good fortune, Saroo finds himself plagued by his memories of his lost family in his adulthood and tries to search for them even as his guilt drives him to hide this quest from his adoptive parents and his girlfriend.

Storyline: Reko and Pero are a Yazidi couple preparing for their wedding, when ISIS fighters attack their village. Young Yazidi girls, including Pero, sold as slaves are tortured and raped. Reko is devastated by the attack. While searching for his family and Pero, he witnesses the tragic consequences of the attacks on the Yazidis.