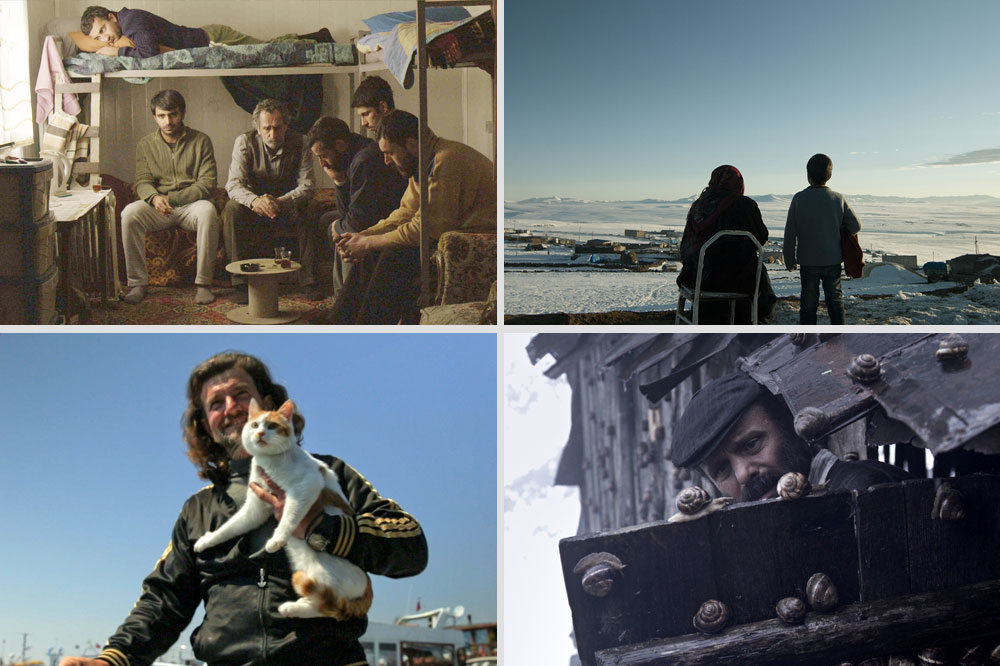 The 35th edition of Fajr International Film Festival has announced the names of Turkish movies screenings.

Turkey is taking part in this year’s event with four feature-length and two short movies. Here are all the titles screening:

Synopsis: Set against the backdrop of construction activity promising to fill in the empty spaces of the urban landscape with entirely new neighborhoods, a story unfolds of an aging construction worker who, unlike his peers, has to drop all plans for the future after being diagnosed with a malignant tumor. This debut film contemplates the dignity of the individual within the context of modern Turkish society.

Director Profile: Kivanç Sezer (born in 1982, Ankara) studied engineering at university before moving to Italy to take up a career as filmmaker. He studied editing for two years at the prestigious Cineteca di Bologna. While there he met a number of important directors who inspired his work. He returned to Turkey in 2009, making a living as editor on TV projects and documentaries. He made several shorts that have been screened at a variety of domestic and international venues. My Fathe’s Wings represents his first foray into features as a director.

Synopsis: As the age of 11, Rauf finds himself in a big platonic love, in an effort to delight the girl whom he loves in a world which loses the color even in the daylight. Pink is the hue of our story, loves that are dreamed to be experienced, sleeps that are waken up with tranquility, fraternity and amity. Rauf seeks pink everywhere.

Director Profile: Baris Kaya is the assistant director for NEFES (2008) and has directed awarded commercials.

Soner Caner has worked as art director and has received the Golden Boll for his work in Nefes.

Synopsis: Cold of Kalandar pictures within a unique pastoral atmosphere the realist, passionate and emotional story of Mehmet and his family living far from modern life, in a mountain village.

Synopsis: A profile of an ancient city and its unique people, seen through the eyes of the most mysterious and beloved animal humans have ever known, the Cat.

Director Profile: Ceyda Torun was born in Istanbul. You can’t make a cat do anything, but the Kedi filmmaker managed to build an entire documentary feature around her fickle stars.

Synopsis: Emre takes care of the only livestock his family has. He is also in love with Bahar who is his mother’s assistant in embroidery classes. He cannot muster the courage to confess. When Emre loses the cow in the meadows things get complicated.

Synopsis: Muhsin, a retired man, lives in an old house with his wife. One day, when he watches the news on television, he sees his own mugshot. The reporter claims that Muhsin is the head of a terrorist group, and he is going to be killed during the protests that day.