فارسی | English
Fajr International Film Festival > News and Reports > Farmanara: If I Use Kiarostami’s Method, I Will Have a Heart Attack

Farmanara: If I Use Kiarostami’s Method, I Will Have a Heart Attack 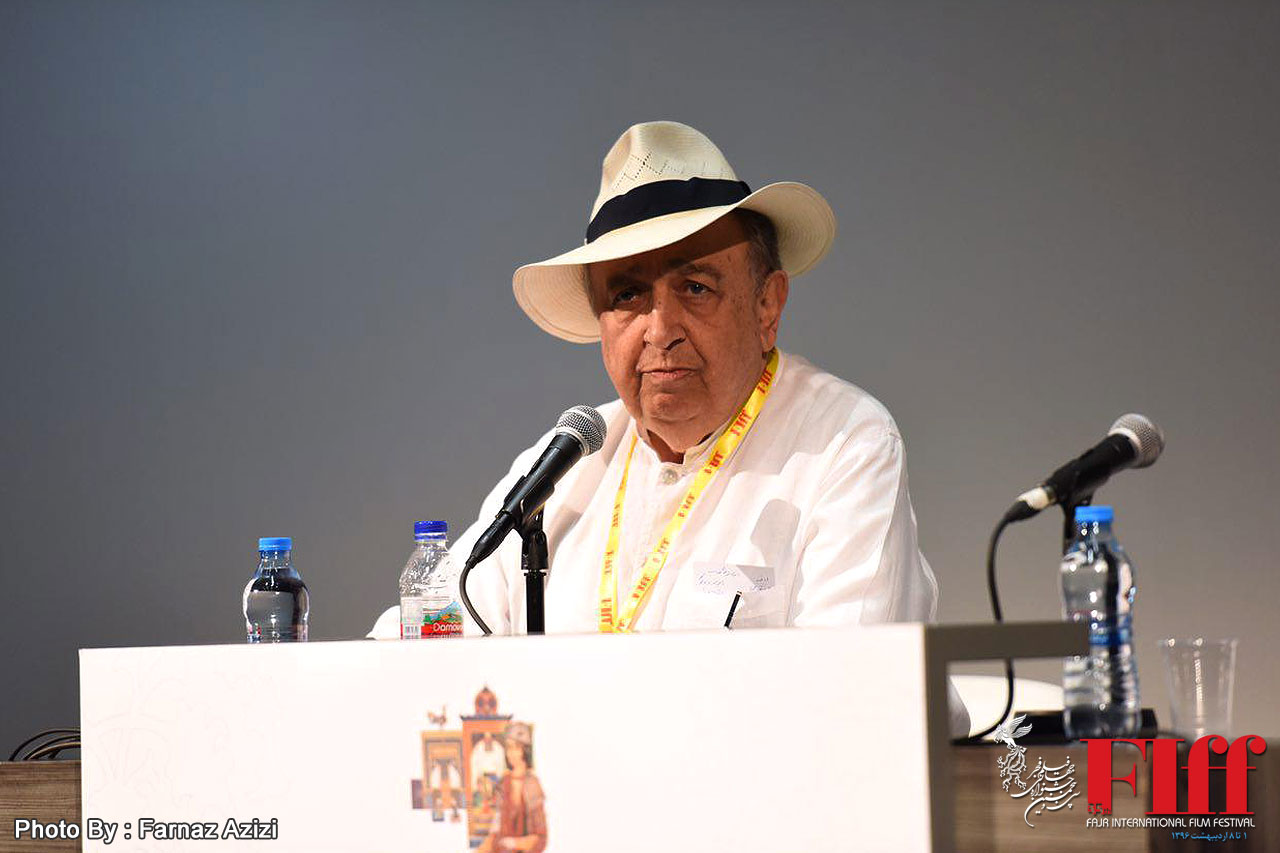 Iranian film director, screenwriter, and producer Bahman Farmanara held a film directing workshop on Friday at the Talent Campus of the 35th edition of FIff.

Speaking to reporters on the sidelines of this year’s run, and after the screening of his new movie I Want to Dance (2017), the A-list director said, “I have made 9 feature films. And I had enough energy to produce eight more.”

He added, “I’m going to speak about Abbas Kiarostami. Mahmoud Kalari, his director of photography, once said, when making The Wind Will Carry Us, we had to take a 15-day journey by car. Everything was prepared for making a film and Abbas was always next to us. We were driving in a nameless road alongside a village. Abbas kept asking everyone. How do you find your way on this nameless road? Until one day a 10 or 12-year-old kid said we only go to nameless places. Abbas told me, did you shoot that scene? This is exactly what I was looking for.”

Farmanara further said, “Abbas spent his time on such statement. This was his method of filmmaking in which his films were unique and different. That’s why all his films are like documentaries. This was his master stroke. While he was working with non-actors, he would take what he wanted from them. However, at the beginning and also the end of his career, he returned to using professional actors and actresses.”

He went on to say, “One day he was ready to go on the Where Is the Friend’s Home? location. I saw a fairly large bag in his hand and asked, “What is this?” He said, “Because my actors are just some ordinary guys, they may not come back to work tomorrow if I don’t pay them everyday evening.” I told him: “If I use your methods of filmmaking, I’m going to have heart attack.”  He said, “I’m going to have the same experience if I shoot every single part of the script.

On the financial aspects of filmmaking business, he said, “Finance is key in this business, but more important than that is what your audiences think about your movie. When a film becomes a hit, hundreds of similar movies will be made.  Asghar Farhadi makes a film and many others imitate him and make their own versions. A director must be like conductor. If a conductor doesn’t know all the notes, he cannot correct his band members. He must work with all his band members. He must know everything.”

Elsewhere in his remarks about the movie Love directed by Michael Haneke, Farmanara said, “To be honest with you, when I first watched it I cried. It’s about something you can only understand if you have experienced such kind of love in your life. It has been 49 years since I married my wife. I can understand what it feels to get used to someone breathing besides you for that long. I believe that Love is a beautiful story.”

In conclusion, he said, “The problem with the contemporary cinema is that they feed every single detail to audiences and they do not let them to use their imagination. But we cannot change anything about that because that is what audiences want to see. In fact, what truly matters in the medium of cinema is the audience who always surprises you. Everyone tells me I am like Alfred Hitchcock, but none of my movies are similar to his. The only resemblance between us is the body shape. I really do not care what the critic says about my films. The story and the point of view is what really matters to connect with the people. The rest depends on the audience.”