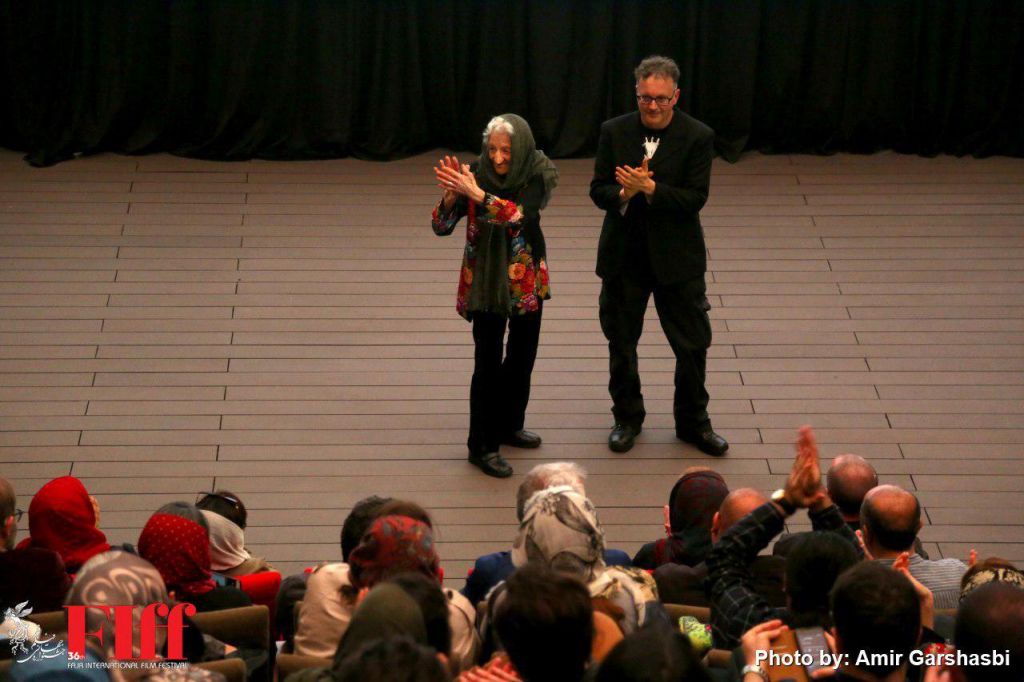 On Wednesday, April 25, Charsou Cineplex hosted a Panel on Photography with Cecilia Mangini.

Cecilia Mangini (Born 1927, Moladi Bari) is one of the special guests of the 36th Fajr International Film Festival. She is one of the most influential figures in Italian cinema. She is a pioneer of photography and documentary filmmaking. She is also author of masterpieces such as Ignotialla Città, Stendalì, and La Canta Delle Marane. Mangini worked with Italian director Pier Paolo Pasolini as well.

Addressing the panel, Mangini said she did the right thing to attend the Fajr because she learned a lot from her colleagues and participants. I would like to express my gratitude to Festival Director Reza Mirkarimi for inviting me. Fajr is an important film event that every year attracts creatives from across the world.

The panel included an exhibition of photographs taken by Mangini’s assistant and colleague. They are based on a material written by Pasolini after World War Two about the first women documentary filmmaker in Italy.

The photos were taken 70 years ago when Italy was poor and couldn’t develop.

Mangini said: Pasolini liked to be noticed. But many were against him and his films. Because he always depicted the story of ordinary people living on the edge and on the outskirts. He saw this as his mission. He believed these poor people were ignored by the society.