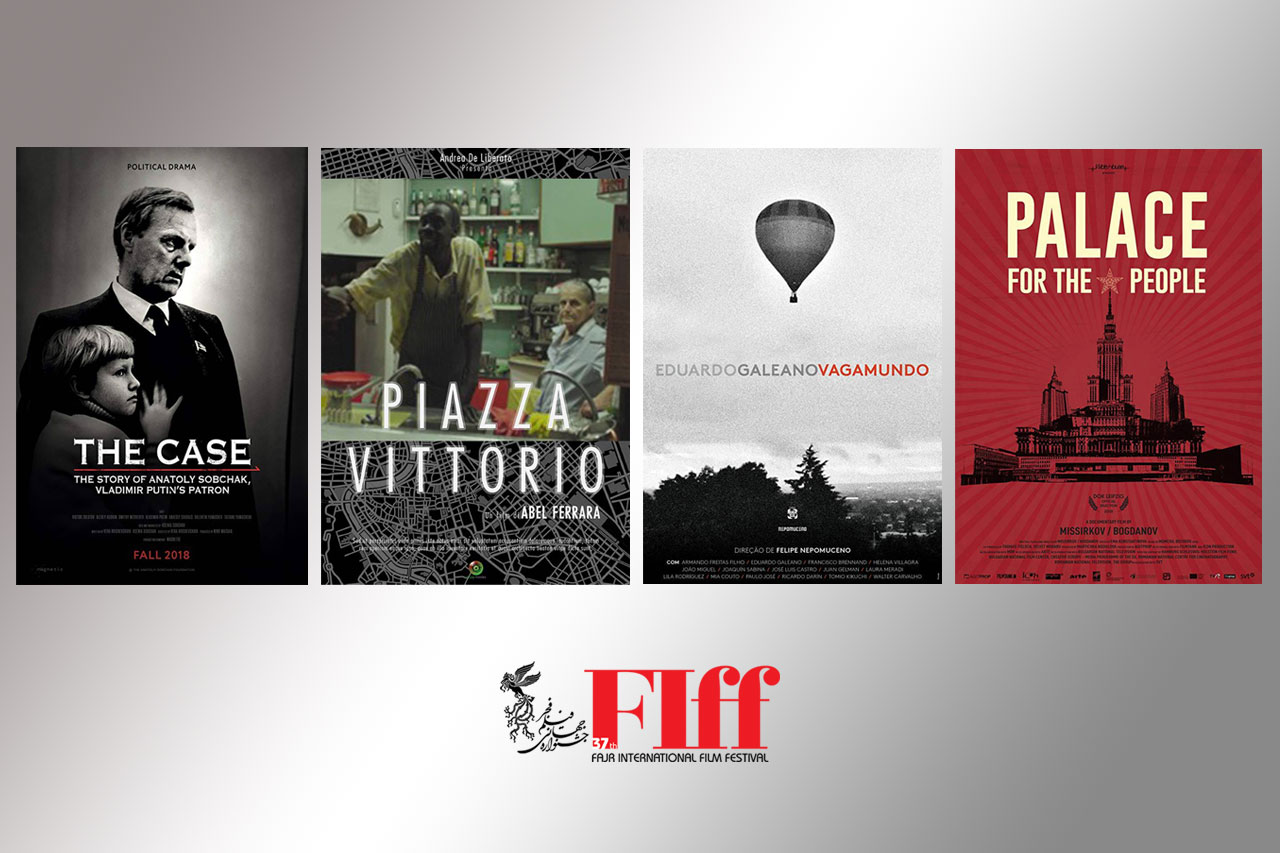 The other non-fiction titles include Triumph (Kreshnik Jonuzi and Luftar Von Rama, United States), and Monet – The Magic of Water and Light (Giovanni Troilo, Italy). Docs in Focus is the most anticipated documentary event of the Festival.

A hug movie, for the biggest storyteller in Latin America.

When the Taliban puts a bounty on Afghan director Hassan Fazili’s head, he is forced to flee with his wife and two young daughters. Capturing their uncertain journey, Fazili shows firsthand the dangers facing refugees seeking asylum and the love shared between a family on the run.

Hassan Fazili is an afghan director and cinematographer, known for Midnight Traveler (2019) and Voice of a Nation: My Journey Through Afghanistan (2012). He created theater, documentaries, short films, and several popular television serials in Afghanistan. In 2011, he was selected by the British Council to attend Sheffield/DocFest for documentary filmmaking networking and training. His films Mr. Fazili’s Wife and Life Again! both push the envelope on issues of women, children and disability rights in Afghanistan, and have screened and won awards at numerous international festivals. He also worked as a location manager for Feo Aladag’s In Between Worlds, which premiered at Berlinale 2014, and as a camera operator for the IDFA selection Voice of A Nation: My Journey Through Afghanistan. His documentary Peace in Afghanistan made for national television, profiled Taliban commander Mullah Tur Jan, who laid down arms in favor of a peaceful civilian life.

Palace for the People tells the stories of the most emblematic buildings of socialist times – highly representative for the epoch and witnessing the historical turbulence in Eastern Europe in the second half of the 20th century. The National Palace of Culture in Sofia, Moscow State University, Palace of the Parliament in Bucharest, Palace of Serbia in Belgrade, Palace of the Republic in Berlin are unique architectural creatures made with a lot of courage and a bit of lunacy to remind the people there was an ultimate power and brighter future. Each one is the tallest, the largest, has the biggest clock on Earth, or the most advanced technology of its time. They were the most grandiose enterprises in a time when collective good was the major state policy. Now that socialism is over it’s time to go back and reveal their hidden secrets. The film takes a snapshot of the palaces today, as seen through the eyes of people related to them – their architects, former and current directors, ordinary people who worked in them.

The creative duo Boris Missirkov and Georgi Bogdanov are internationally acclaimed Bulgarian cinematographers, directors, visual artists and photographers. Authors of visual campaigns, full-length documentaries, videos and short films (include I Am a Bulgarian (2009) and ’94 Forever (2008)). DOP of the most successful AGITPROP’s films, among which: The Mosquito Problem and other stories (Cannes 2007, Grierson Award for best documentary, The Times BFI London Film Festival 2007), Corridor #8 (Berlinale 2008 – The Forum, Independent Ecumenical Jury Award).

Abel Ferrara’s new documentary is a vivid mosaic/portrait of Rome’s biggest public square, Piazza Vittorio, built in the 19th century around the ruins of the 3rd century Trofei di Mario.

Abel Ferrara (born 1951) is an American filmmaker, known for the provocative and often controversial content in his films, his use of neo-noir imagery and gritty urban settings. A long-time independent filmmaker, some of his best-known films include Ms .45 (1981), King of New York (1990), Bad Lieutenant (1992), and The Funeral (1996).

The film reveals the Israeli attack on the 2010 Freedom Flotilla, a convoy of humanitarian ships which tried to highlight the suffering of Palestinians in Gaza, and break its blockade. Shot from aboard the Freedom Flotilla, directed and narrated by one of its survivors and following up on subsequent media coverage, the film shows how the dead activists & their comrades who defended their vessels were portrayed. The film reveals what really happened and how it was spun in traditional and online media outlets.

Rifat Audeh is a veteran activist and defender of Palestinian human rights. He was aboard the Freedom Flotilla that sought to break the siege on Gaza in 2010 and witnessed the Israeli attacks on the Flotilla firsthand. Rifat completed his Master’s degree in Media & Journalism at Newcastle University in the UK.

Each year crowds of Turkish, Australian and New Zealander tourists travel to Gallipoli, Turkey for a modern-day pilgrimage. They honor their fallen soldiers who lost their lives in one of the bloodiest conflicts of World War One. One side refers to their fallen as heroes, the other calls them martyrs. This shows how different the narratives are.

Köken Ergun (born 1976, Istanbul) is a filmmaker and video artist. His works mainly deal with the different ways rituals are used to maintain communities and nation states. Ergun works collaboratively with his subjects over an extended period of time, and often involves contributions of ethnographers, historians and sociologists. Having studied acting at the Istanbul University, Ergun completed his postgraduate studies in ancient Greek literature at King’s College London and in performance studies at Freie University Berlin. His films received several awards at film festivals including the Tiger Award for Short Film at the 2007 Rotterdam Film Festival and the Special Mention Prize at the 2013 Berlinale. Ergun’s films are included in public art collections such as the Centre Pompidou, Museum of Contemporary Art Athens, Stadtmuseum Berlin and Kadist Foundation. His latest film, Heroes, was selected in Rotterdam.

A story of Vladimir Putin’s patron Anatoly Sobchak, first ever mayor of St. Petersburg is narrated by his daughter Ksenia.