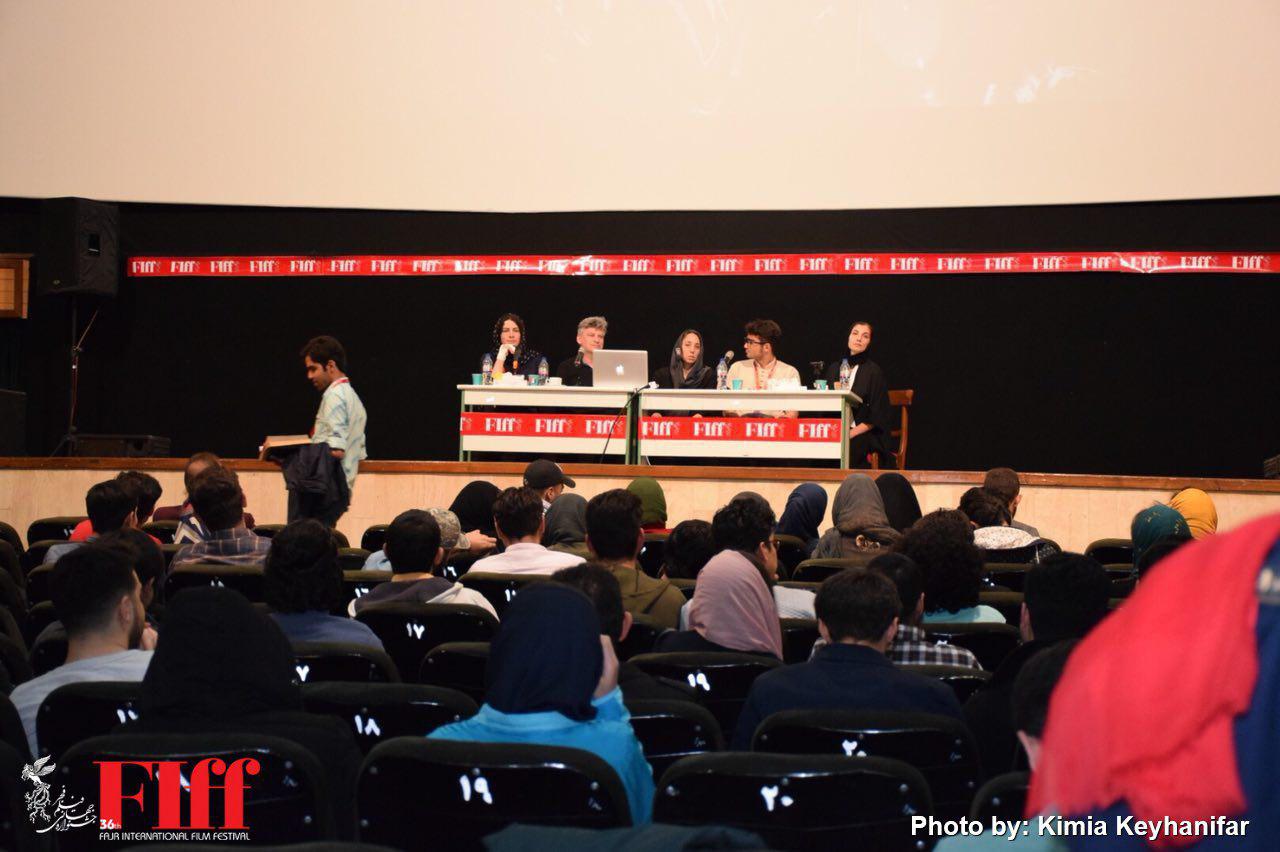 On Monday, April 23, Felestin Cinema hosted a panel on Short Film Opportunities, discussing the achievements of German film industry in the recent years.

As first speaker of the panel, Donnersmarck said that  Berlinale  Film Festival was formed in 1951 by an American filmmaker: It is one of the most important A festivals in the world, which annually takes place in Berlin. She added: In 2007 the short film section was formed. The curator and head of the section is Maike Mia Hoehne.  She further said: “You can only submit your short with an Int. premiere status to the Berlinale Shorts and Generation. Forum Expanded, Native and Culinary Cinema screen shorts but make their own selections during the year. ” There is a Q&A session after the screenings. It is an audience orientated festival with aprox. 350 000 Ticket sales.

The International short film festival (Interfilm) has two directors Heinz Herrmans and Alexander Stein. The festival takes place at historic Babylon cinema and Volksbuehne in Berlin. The selection of the festival is international, and it awards films in eight categories. Many international filmmakers attend the event, and foreign language films are usually screened with English subtitles due to the international audience.

Alexander Stein outlined the selection process:  Interfilm is managed by a selection committee and is not obsessed with only screening short films with int. premieres. But the films cannot be longer than 20 minutes. Each year we receive over 7,000 submissions, of which 450 films are shortlisted for screenings in 6 different sections.

Oberhausen Kurzfilmtage will be held from 3rd to 8th of May, 2018.

With director Reza Mirkarimi at helm of 2018, Fajr Filmfest continues to herald stronger comebacks from  Asia, Europe and Middle East. Whatever one says of Middle East cinema and its power rankings, the region’s best and most powerful showcase for cinema is, has been and for all foreseeable time will be this festival, which runs in Charsou Cineplex and other venues in Tehran until April 27.