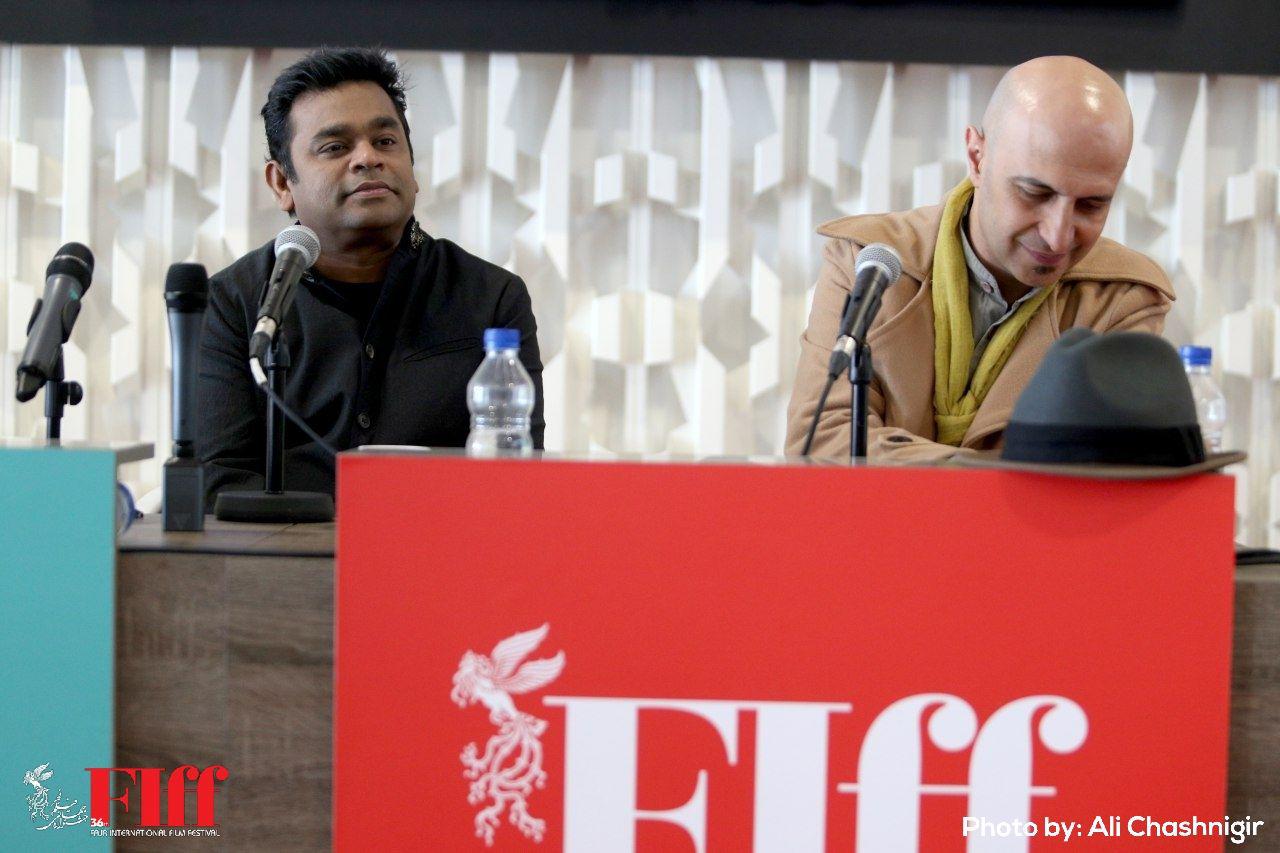 Addressing the conference, Rahman said: I was born Hindu but I converted to Islam in 1989. My first international project was Bombay Dreams by Andrew Lloyd Weber. It was a musical on London stage. It was a little bit ahead of its time. Then I composed for Slumdog Millionaire in 2009. Bombay was made by my mentor Mani Ratnam and about human rights. The subject was very close to me so I made the music.

He went on to state that music has no special language to it: When I was a kid, I was listening to international music such as Arabic or African. This music was attractive to me. So, when I make music for different cultures, I use elements of those cultures unconsciously. Maybe it seems cliché that music does not have any special language.

On getting involved in the actual production process, he said: I seldom go to the set because there is no need. During sound mixing I’m always present. My favourite musicians are john Williams, Enio Morricone, The Vangelis. Krzysztof Kieslowski, Majid Majidi, and Mani Ratnam.

Rahman is a two-time winner of the Academy Awards and five-time nominee of the Academy Awards (Oscars. He is known as the man who has redefined contemporary Indian music. Rahman has sold more than 200 million copies of his work comprising of music from more than 100 film soundtracks and albums across over half a dozen languages, including landmark scores such as Roja, Bombay, Dil Se, Taal, Lagaan, Vandemataram, Jodhaa Akbar, Slumdog Millionaire, 127 Hours, and countless more.