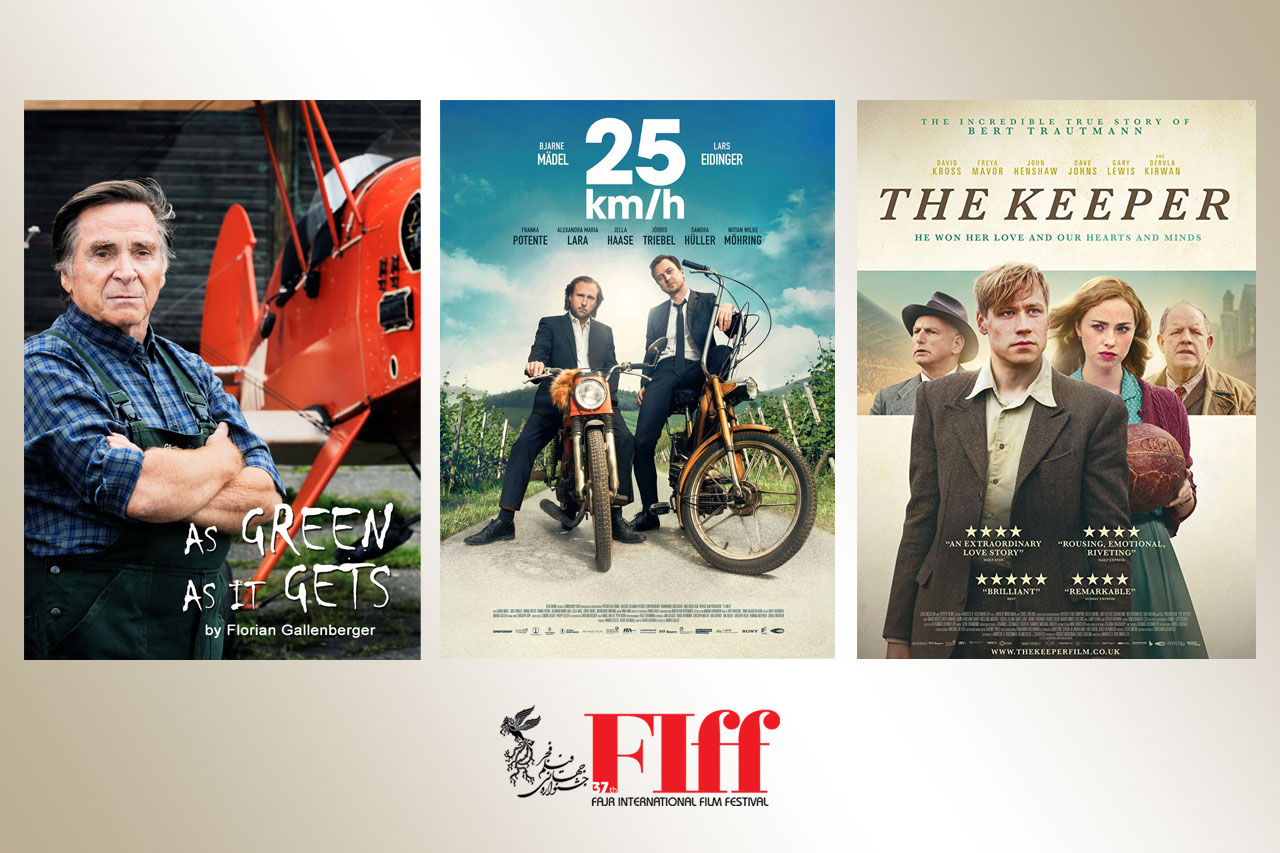 The 37th Fajr International Film Festival will screen and review some of the best contemporary movies from the German cinema.

The festival will feature six works and A Retrospective of German Cinema will be the place to see and review these astonishing feats. The festival’s organizers announced the names of three films of this section on Friday. The names of the three other films will be announced later.

The film tells the story of two very different brothers who have not seen each other for 20 years: city manager Christian and cabinetmaker Georg, who never left their hometown and took care of their father until his passing.  When their father dies and Christian returns, after all this time, for the funeral, the alcohol helping, the brothers decide on a whim to hop on mopeds and fulfil an old dream: travelling through Germany together on two wheels. This journey will offer them a series of incredible adventures and encounters, as well as the opportunity to rediscover themselves.

Markus Goller began his career in 1990 as an assistant editor, and quickly moved up to editor. From 1992-99, he worked on features and documentaries as well as music videos and commercials. Increasingly tempted to try his hand at directing, in 1999 he made his first commercials, followed in 2000 by a documentary about the Raid Gauloise races, shot in Tibet and Nepal, which was presented at Telluride.

His debut feature, the low-budget Mortal Beauty, came in 2001. From 2001 to 2009, Goller lived in Los Angeles, where he shot about 300 commercials and videos whilst developing Friendship!, about the crazy trip of two young East Germans through the US.

The comedy narrates the story of an old gardener who has to do deal with many issues in both his personal and professional life. He decides to fly away in an old airplane anyhow.

Florian Gallenberger (born 23 February 1972 in Munich) is a German film director and writer. His film Quiero ser (I want to be…) was awarded the Academy Award for Best Live Action Short Film in 2001.

Gallenberger appeared in various roles in feature films, TV productions and theater plays from the age of five. From 1992 to 1999, he studied direction at the University of Television and Film Munich. In 2001, he won the Honorary Foreign Film Award at the Student Academy Awards and an Oscar in the Best Live Action Short Film category for his short film Quiero Ser which is set in Mexico.

In 2004, he made his first feature-length film Shadows of Time. In 2007, Gallenberger began production of a Chinese-French-German bio-pictorial film on the wartime experiences of John Rabe, a German businessman who used his Nazi party membership to establish a Safety Zone in Nanking and save over 200,000 Chinese from the Nanking massacre. The story is based upon Rabe’s wartime diaries. John Rabe premiered at the 59th Berlin Film Festival in 2009. The film picked up over seven German Film Awards nominations, including Best Film and Best Director. Gallenberger was at the 35th edition of Fajr festival as jury member of Cinema Salvation: International Competition.

The film details the journey of Bert Trautmann in his rise from German World War II soldier to English footballing legend. Growing up in Nazi Germany, Trautmann grew up indoctrinated in the mindset of his country at the time, before his recruitment as a soldier and subsequent capture by the British in 1944. His denazification in a prisoner-of-war camp in England and the kindness of the locals led him to reject his homeland and choose instead to remain in England, where he became a goalkeeper.

The Keeper is a British-German biographical film directed by Marcus H. Rosenmüller and starring German actor David Kross as the footballer Bert Trautmann. Although the subject of the film was a sportsman, the film has been described as “not primarily a sports film” but instead a drama. The film premiered at the 2018 Zurich Film Festival, and was released in Germany under the title Trautmann in 2019.

Marcus H. Rosenmüller was born on July 21, 1973 in Tegernsee, Bavaria, Germany as Marcus Heinrich Rosenmüller. He is a director and writer, known for Wer früher stirbt, ist länger tot (2006), Trautmann (2018) and Die Perlmutterfarbe (2009). As there is a German director called Markus Rosenmüller, he chose the middle name Hausham, referring to his hometown Hausham.