Film Critic Datta: Iran and India Should Do Co-Productions 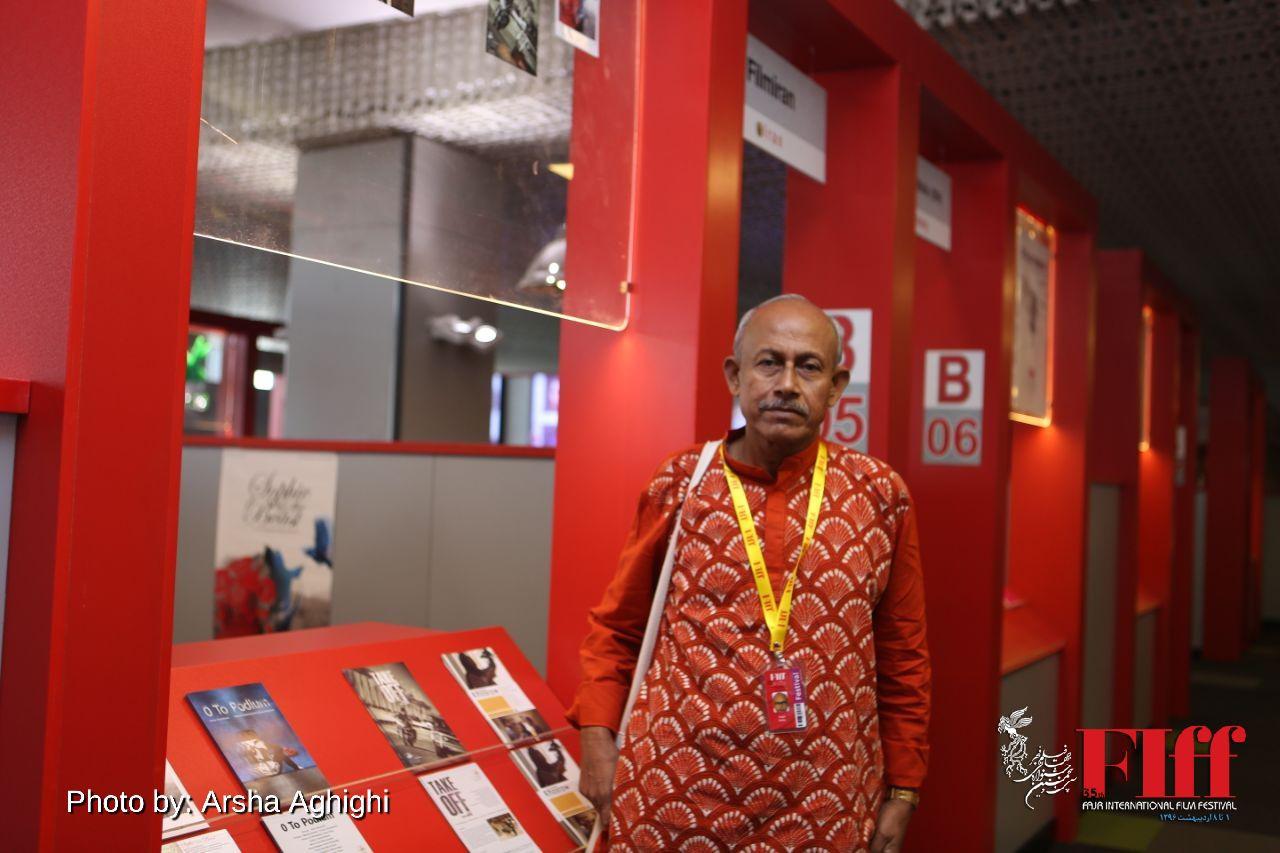 Sajal Datta is a film critic and festival coordinator at the International Forum of New Cinema and Kolkata International Children’s Film Festival. Here is a short interview with him on the sidelines of this year’s Fajr.

Have you ever been to the festival before?

This is my 6th visit. Each year it is getting better. I came here last year. This time I feel it is much more organized and professional. Charsou Cineplex was the same venue last year. The only difference now is that it very well prepared.

Have you seen any Iranian movies?

I’ve seen one or two. It was about divorce and something like this. I will watch Pouran Derakhshandeh‘s film and Niki Karimi’s film. We invited Karimi to the Kalkata Film Festival. She was one of our jurors in 2015.

Are Iranian films popular in India?

Yes, they are popular in India. We actually have a film society for it. We released the first Iranian movies more than 25 years ago.

In recent years, more Iranian movies are screened there?

Iranian films are very good. Especially those with social issues and suchlike. I think Iranian filmmakers are very good. That’s why your films are screened in many international film festivals. Asghar Farhadi‘s films that is the real thing. He got two Oscars. They are so popular in India.

What kind of Iranian movies do you like the most?

I like art films, because we specialize in art movies. We select those with social and hard issues. I like Iranian movies. I like Asghar Farhadi and Niki Karimi. Of course Abbas Kiarostami, Pouran Derkhashandeh are also good. There are so many great directors to watch.

Why is Indian cinema doing so well internationally?

There are two types of cinema in India: one is popular like Bollywood and the other is art movies. Indians are all over the world. If you go to London, you can see many. The same is true in the United States. They like to see Indian films. Now Indian movies are made with big budgets and with stars like Salman Khan, Shahrukh Khan, Amir Khan, and Amittabh Bachchan. That’s why Indian films are selling big.

You need big budget to make a big movie. Without outside help you can’t make big movies with low budgets. We have cultural commonalities. So it makes sense for Iran and India to do co-producitons.

Who is your favorite Indian director?

There are so many new directors like Anurag Kashyap. He made Gangs of Wasseypur (2012). He is popularizing India’s new wave cinema in other parts of the world.

For all festivalgoers who are already planning their visit, check screening time and other information at Fajriff.com. Presided over by Reza Mirkarimi, the 35th edition of Fajr International Film Festival is currently underway in Tehran until 28 April.