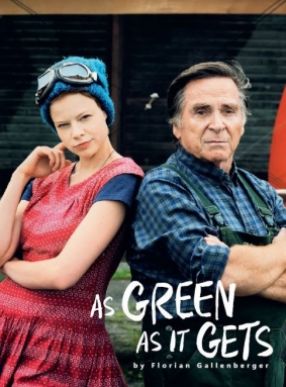 As Green as It gets - Gruner Wird's nicht

George is a quiet gardener, working day-in, day-out in his nursery, which is facing bankruptcy. His marriage long has lost all its magic. It's only up above in the sky flying in his old Piper J-3, that George truly feels free.

Getting away from the life just like a bird with no intention to return to his nest. His only aim of flying is to break free. A tale of a man, getting away from all the chains of belonging and flying in a red, old plane over the green lands of Germany. An old gardener running away to an unknown destination, meeting new and of course eccentric people and observing the world in a different way.

After dealing with freedom obsession in grim and historical contexts in films such as JOHN RABE and COLONIA, Florian Gallenberger adapts a book written by Gernot Gricksch. Absorbing humor, absent in his previous works, takes over whole the film. Brilliant characterization of the bourgeois living in a luxury house the gardener visits, varying from the daughter who does not connect to the family and pretends to suicide like Harold in Hal Ashby’s HAROLD AND MAUDE (1971) to the father (Ulrich Tukur) who is a small, puny dictator, makes the ground to enter a circus named life.

A road movie in the sky

“As green as it gets” directed by Florian Gallenberger is a Comedy- Drama about the oldster Georg (aka Schorsch in Bavarian) a professional Gardner who runs this family business along with his wife and teenage daughter (with no fatherhood chemistry) in southern Germany for decades. Georg’s one and only hobby is flirting with his old-timer Biplane and dreaming of flying to the North Cape and observe the Polar Light from above. An ill-fated deal with one of their major clients leads the family to a serious financial problem. Before all their assets faces a seizure (including his beloved Biplane), Georg –without letting anyone know- just decides to hop on his plane, abandon everything and fly North. During this aerial odyssey, he encounters various people and stories guiding him into different tragic or comic situations, also unfolding secrets of his personal life for the viewer. In one word, the film is a tribute to “Change”. All the characters of the movie -no matter which age- are deadlocked people who carry bitter stories, moving on with lives which they are not happy in but at the same time having no courage to refashion their fate. Although Georg just instantly chose to escape from his private and professional life but throughout his adventures he discovered the gem of finding redemption in managing a change. In spite a linear story, the beautiful pictures of Germany from above, fluid acting, situations which are familiar to you, clever montage and a touching music (although a bit too much) keeps the viewer on track till the very end of this journey. 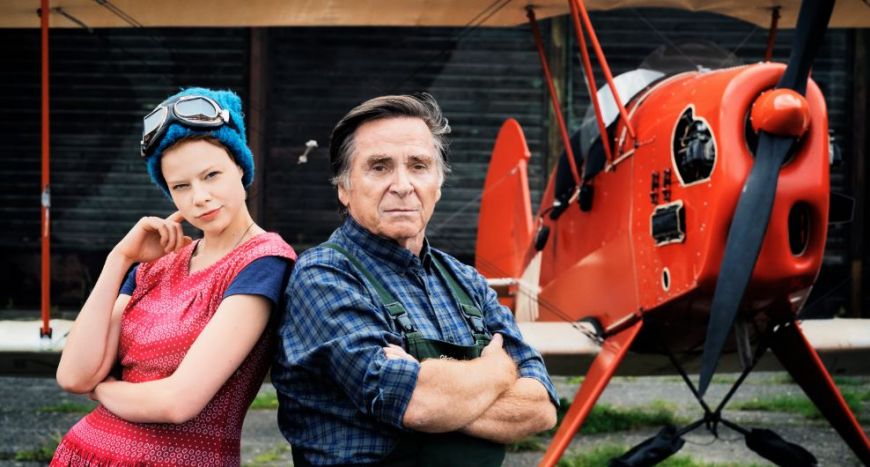 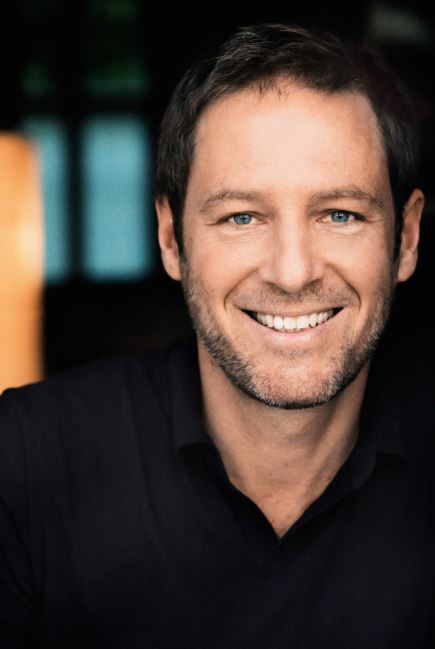 Florian Gallenberger was born in 1972 in Munich, Germany. He studied philosophy before he went to Munich Film School HFF. In 2009 ‘John Rabe’ won 4 German Academy Awards, including best film.