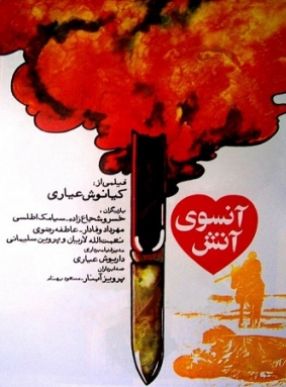 Nowzar & Abdulhamid, two brothers from south of Iran confront against each other for the share of money which National Iranian Oil Company supposed to pay them as a compensation of seizing their house. Meanwhile, adventure of Nowzar’s affection to Asieh (a dumb saleswoman) makes the story more complicated. Winner of golden plate for best sound mixing, and winner of golden plate for best director.

Kianoush Ayari born in 1951, Ahwaz, is a prominent director & screenwriter in Iran’s
Cinema. He began his career since 1970 by making short films in experimental cinema of Ahwaz. Directing “Dust Devil” (Tanoure-ye Deev) in 1986 made him a stylist & impressive icon in cinema of the country. Here are some of his movies: “To Be or Not to Be”, “The Abadanis”, “Wake Up, Arezu”, “The Parental House”