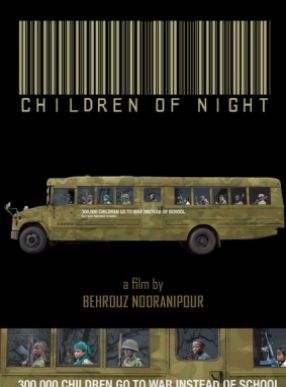 Children of The Night

A child soldier, dreaming of becoming a heroine, with a Kalashnikovs in hands has been involved in more than fifty ISIS wars and conflicts. Balanche is among the first child soldiers to tell his stories and observations of one of the most terrifying wars in the world in full detail, along with his four other companions in “The Children of the Night”. ...

Born in 1983, Behrouz Nouranipour is a director and documentary film-maker in Iran. He began his artistic career with photography from the Iranian Youth Cinema Association’s office in Sanandaj in 1995, and completed his academic studies in directing in 2002. “Children of the Night” is his first film.