An encounter of two married couples from two opposite social classes that seem to have nothing in common. However, an accident and a tragic event bring these people together fatefully in a single night and most likely until the rest of their lives. 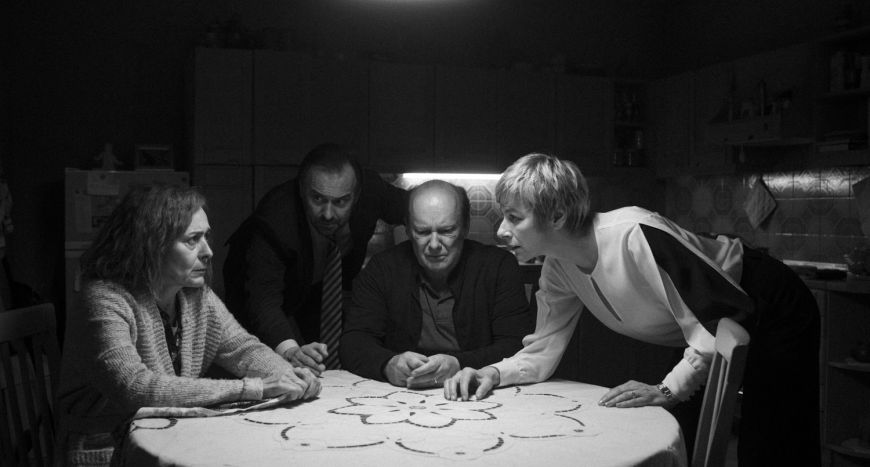 Vinko Möderndorfer (1958, Slovenia) is a director and writer. His feature “Suburbs” premiered in Venice (Giornate degli Autori) and Montreal and has also been selected for the Karlovy Vary, Cannes (Tous les Cinemas du Monde), and other festivals. Suburbs has received six international and national awards and was selected for the Variety Critics’ Choice: Europe Now in 2005. Möderndorfer’s feature “Landscape N°2” premiered in Venice (Giornate degli Autori). It has received eight international and national awards and was the Slovenian candidate for the Academy Award for Best Foreign Language Film 2009. “Inferno” was premiered in Busan and selected also for Tallinn, Montpellier, FEST, Chicago, Edinburgh, etc. It has received six international and national awards.
Vinko Möderndorfer graduated in theatre direction from the Acad‌emy for Theatre, Radio, Film and Television in Ljubljana. He directs also the‌atre plays, opera performances and television works. He has directed 16 TV works and more than 100 performances. As a writer, he has published over 70 books.