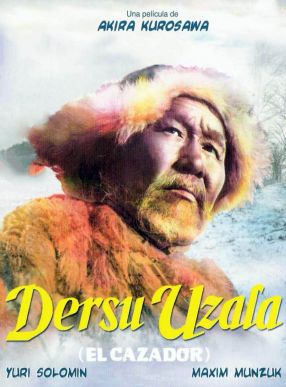 The Russian army sends an explorer on an expedition to the snowy Siberian wilderness where he makes friends with a seasoned local hunter.

How should we see everything 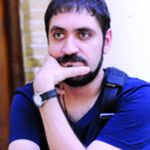 Kurosawa didn’t even dream that “Dodes’ka-den” (1970) didn’t satisfy the Japanese audience but apparently the story of the poor and unlucky people living on the outskirt of the Modern Tokyo, with no hope upon their lives, didn’t attract the audience’s sentiment and as the result of this dislike, “Dodes’ka-den” turned into the most serious commercial failure of the filmmaker which even gave him the idea of committing suicide. Maybe, if it wasn’t because of Russians filmmakers who few years after this big failure proposed him to make a new film, Kurosawa’s detachment would last much longer. But everything apparently went well and Dersu Uzala (1975) became a new beginning for this filmmaker. A movie filmed in the Soviet Union and practically apart from Kurosawa himself and his camera man, the rest of the crew were Russians. When he announced that he wanted to make a film based on Arsenyev’s books, the Russians where amazed to hear Arsenyev’s name and the fact that Kurosawa were interested in his books.What did he see in Arsenyev’s books that awakened the passion to start filmmaking again Maybe the humanity and love to nature that Arsenyev saw in the character of a hunter named Dersu Uzala. The fact that two men from two different world reached each other and taught the other whatever they knew was something Kurosawa were looking for it for several years. Dersu Uzala, a warm hearted wise, is the one who can show the way to a person who is looking for deeper knowledge. Dersu’s job, this flawless teacher, is not to be a leader but to teach others how to look at the world around them; teach them to see hidden secrets and more than that, teach them how to respect nature! Something we all need in this dark era.

A brilliant adoptation of literacy

In 1975, at the peak of his artistic career, Akira Kurosawa suddenly became interested in a book written by a Russian explorer, Vladimir Arsenyev and made a Russian-language film about a man named Dersu Uzala, Arsenic’s guide in the woods. The film begins with picturesque shots of nature and forest that continues throughout the film. The nature and sway of light in the fire and the yellow leaves of the trees display some kind of worthy and beautiful primitiveness that is portrayed in Dersu Uzala’s character, his personal life and general attitudes. He talks to fire and asks it to be silent. For him, time and the place of birth does not have any meaning to it. He is accustomed to being alone, he speaks in a straightforward manner, occasionally, without hesitation, and knows the language of nature. He shows to others how one must understand nature and live with it instead of being hostile towards it. Taking him to the city, far away from nature does not help him in anyway and leads to a tragic end. The film represents other features of Kurosawa’s work: it is a brilliant literary adaptation and also nature has a substantial role in it as well as his other great works. Dersu Uzala, which has been broadcasted widely from IRIB, won the Oscars of Best Foreign Language Film in 1976. 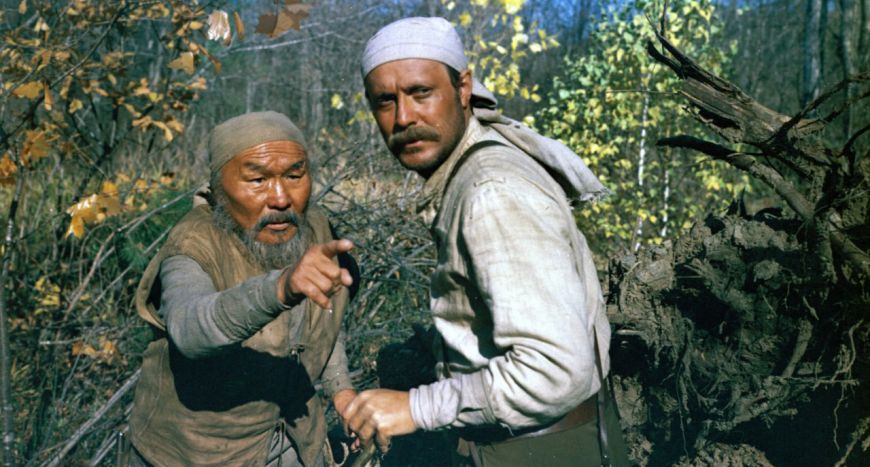 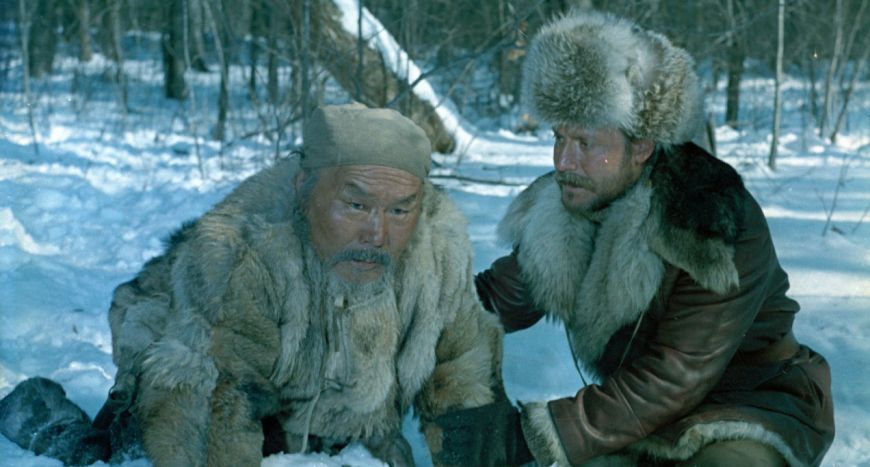 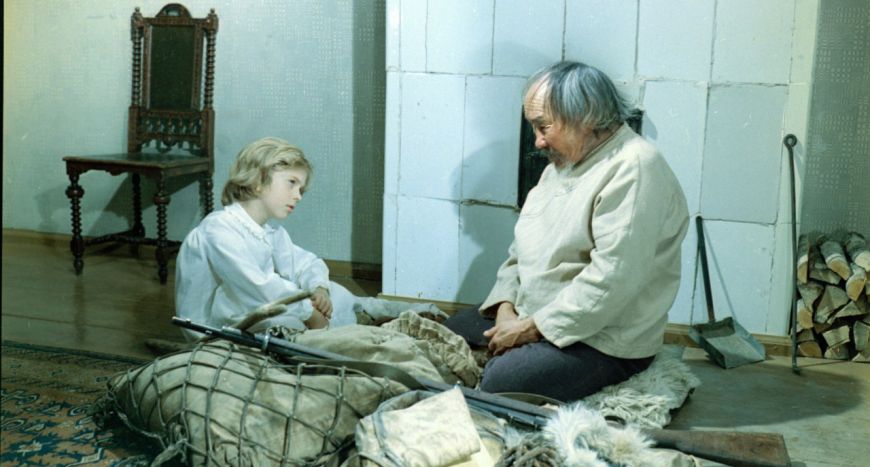 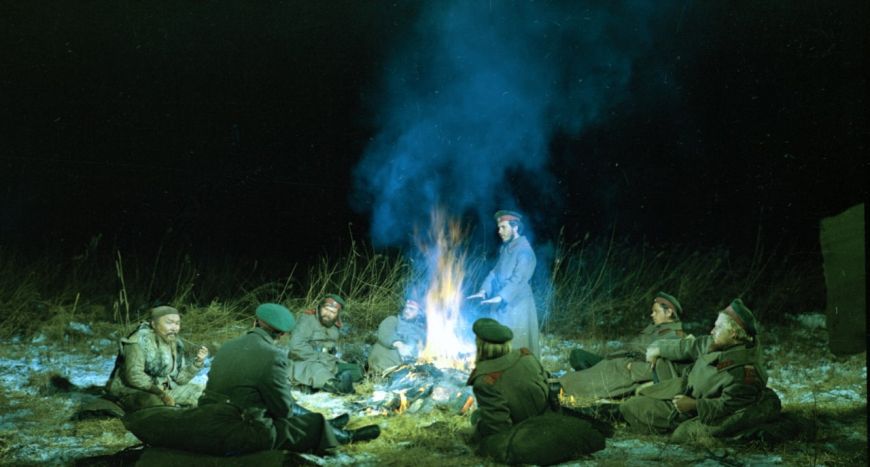 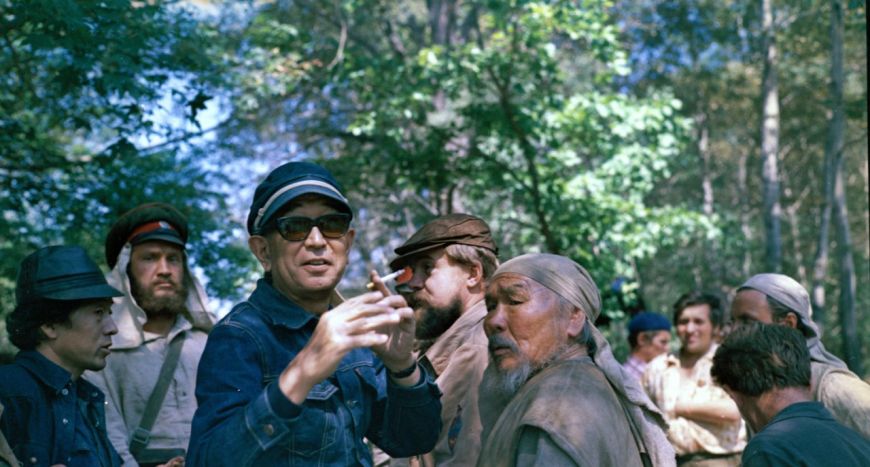 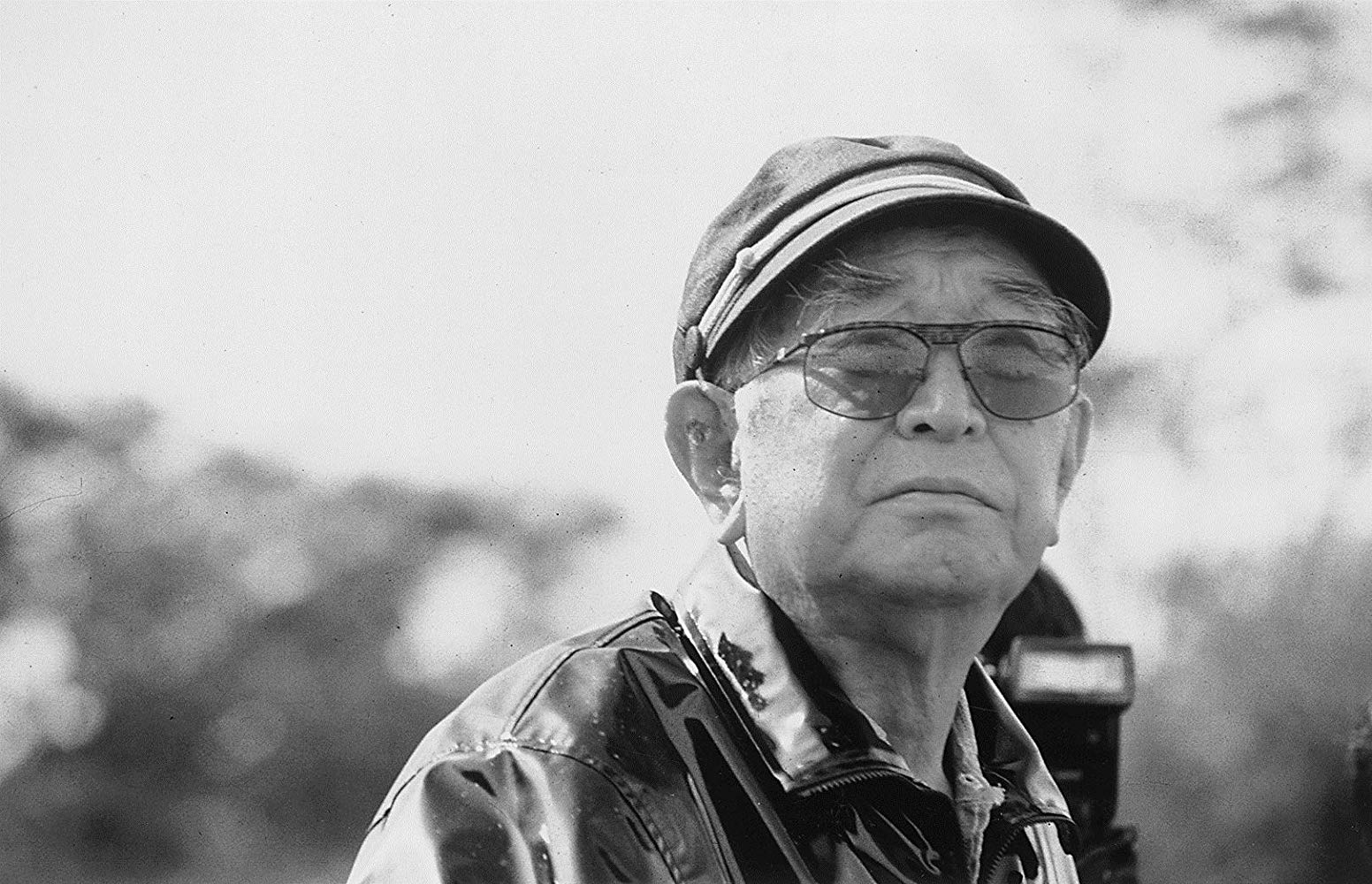 Akira Kurosawa was a Japanese film director and screenwriter, who directed 30 films in a career spanning 57 years. He is regarded as one of the most important and influential filmmakers in the history of cinema.