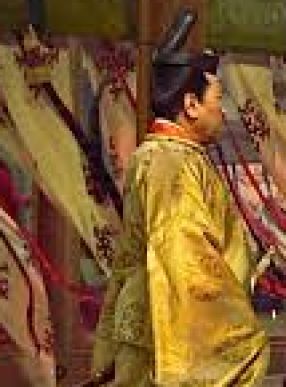 In 1160, in the Heian Period, Lord Kiyomori travels with his court to another feud and his Castle Sanjo is invaded by two other lords, in a coup. The loyal samurai Moritoh Enda asks the court lady Kesa to pose of the lord's sister to create a diversion while the lord's real sister and his father flee in the middle of the people. Then Moritoh travels to meet Lord Kiyomon and fights with him to defeat the enemies and the coup fails. Lord Kiyomon rewards the warriors that helped him and when he asks Moritoh what he wishes, he requests to marry Kesa. The lord grants his wish but soon he learns that Kesa is married with Wataru Watanabe, a samurai from the imperial guard. Moritoh harasses Kesa and threatens her, promising to kill her husband, her aunt and her if she does not marry him. Kesa's decision leads the trio to a tragic fate 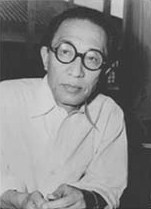 Former female impersonator who entered films in 1917 as an actor, turned to directing in 1922 and made some of the most formally brilliant Japanese films of the following decades. The few of Kinugasa’s early works to have reached the West betray a highly mature, sophisticated talent. His best-known silent films are _Kurutta Ippeji (1926)_, an old print of which was found by Kinugasa in his attic and re-released in the 1970s, and Crossroads (1928), the first Japanese film to be commercially released in Europe. Both have been hailed for their inventive camera work, which has been compared to that of the celebrated German expressionist films being made during the same period. (It was not until 1929 that Kinugasa himself traveled abroad and encountered European directors and their films.) In the 1950s and 60s Kinugasa made a number of period dramas noted for their sumptuous color and imaginative use of the wide screen; Gate of Hell (1953) was named best film at the 1954 Cannes Film Festival and won an Oscar for best foreign film.